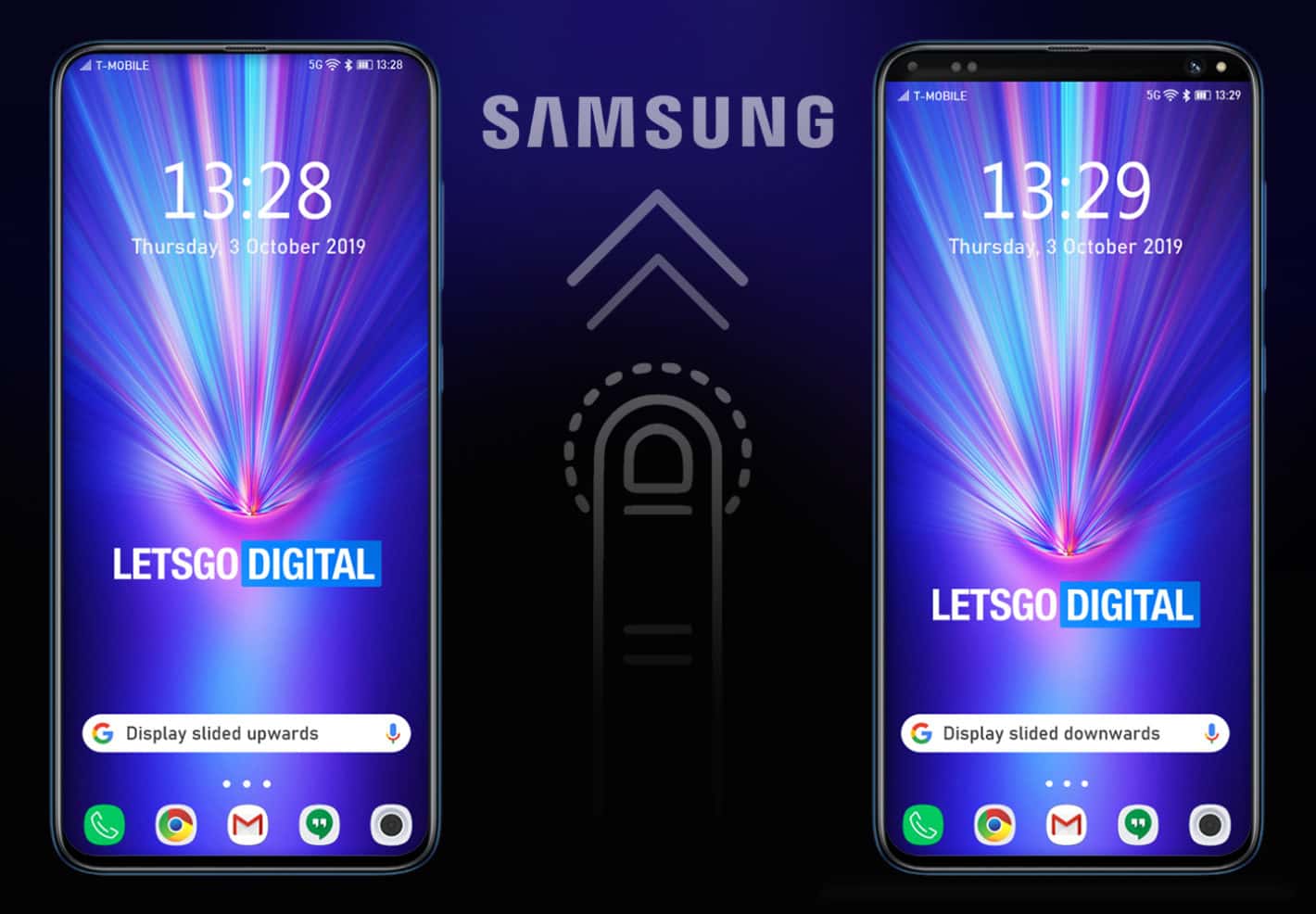 Samsung has patented a new type of flexible display smartphone that utilizes a movable display panel.

This isn't necessarily a device that Samsung has in active development. It does however appear to be a device that the company is not against the idea of making. Whether the idea comes to fruition is a different thing entirely.

Though more than of few of Samsung's smartphones already have edge to edge displays, this new design could be more edge to edge. Of the devices that already exist in Samsung's lineup, none of them have no bezels on every side of the panel.

Meaning the right and left sides as well as the top and bottom. This design would allow the phone to move between having a slim bezel and no bezel on the top, based on what the user wanted to do.

It's also another interesting concept of how Samsung is thinking about using flexible screens. This would make the design almost entirely edge to edge, save for a small lip at the bottom.

Samsung's Galaxy Fold is widely known as one of the heralds of flexible display devices. But, even it comes with its flaws.

The hinge on the phone had issues with its first run, causing Samsung to delay its official launch. The phone is also rather large when completely unfolded.

With a design such as this one users would get just a little bit more of extra space without having the make the phone itself larger. Granted, it wouldn't be nearly as much extra space as on the Galaxy Fold, but extra space nonetheless.

Presumably this could be used for other apps as well. And, it would position the existence of such a display as more than just a gimmicky aesthetic. Messages for instance could be used the same way.

After receiving a message, users could slide the display up to read it full screen, then slide it back down to reveal the on-screen keyboard and respond.