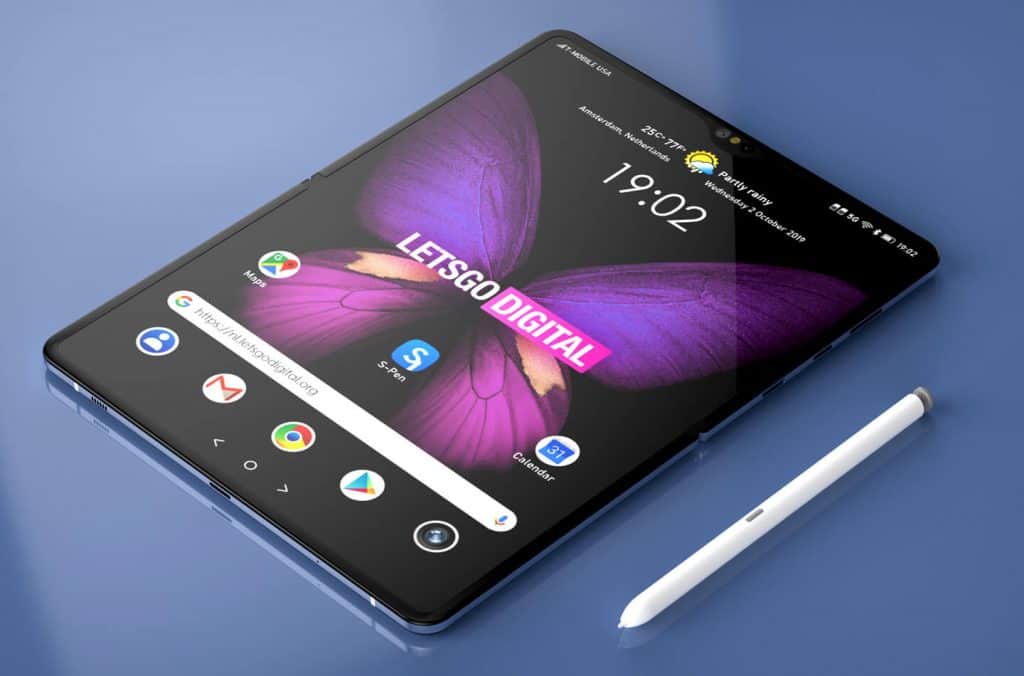 A recently discovered Samsung patent suggests that the company may be working on a foldable Galaxy Note smartphone. The patent document consists of several sketches of the new foldable smartphone with S Pen support.

Samsung filed for the patent with the United States Patent and Trademark Office (USPTO) earlier in April. The patent was published and added to the World Intellectual Property Office (WIPO) database on August 15, 2019.

With the Galaxy Fold finally seeing a market release, Samsung's focus is now on its successor. The company has several patented designs and form factors to choose from for its second foldable, the "Galaxy Fold 2". The newest is a foldable smartphone with S Pen support.

Unlike the Galaxy Fold, this device could fold in either direction. However, in this utility patent, Samsung talks more about how an S Pen could add to the functionality of a foldable smartphone, rather than its design. Samsung says the S Pen would make operating on the fold line of the flexible display much accurate and easy.

The company has developed a technology that makes it possible to use the S Pen on the fold line even when the device is in a half-folded position, or completely folded outwards. This makes dragging icons or content from one half of the display to the other easier. You could also use the S Pen to draw or write on the fold line.

In a shorter terminology, Samsung says any part of the display would behave and function the same irrespective of the device's state. Apparently, Samsung has managed to achieve that by varying the pressure applied on the screen when the device is folded;

While most of the sketches in the patent document show a single folding device, one of them has two folding lines, a device that folds in and out. It is highly unlikely that this particular design would come out ahead of the single folding one, though. Samsung also talks about the possibility of integrating an S Pen with a roll-up smartphone. 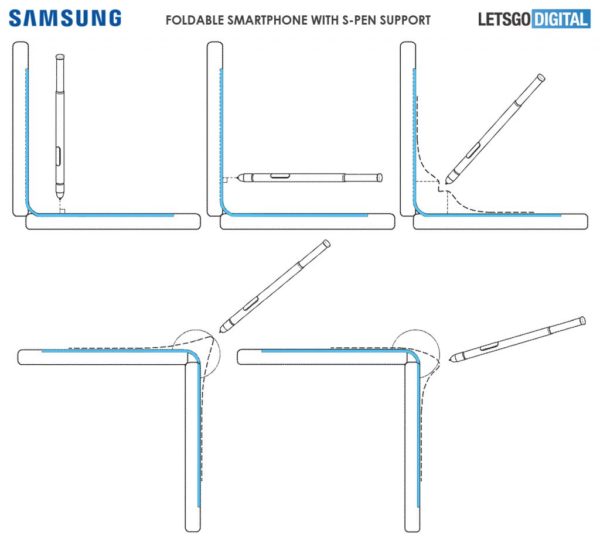 There's no telling if and when this foldable smartphone is coming. At the moment, Samsung runs two flagship smartphone lineups side by side, the Galaxy S and the Galaxy Note. The former doesn't feature S Pen and launches early in the year, while the latter supports S Pen and is slotted for a second-half release. However, reports are that the company's planning to merge the two series next year and launch a new flagship line of foldable smartphones.

In such a case, a second Samsung foldable smartphone should be launching sometime next year. Previous reports have suggested it'd feature a bigger inner display than Samsung's first foldable, the Galaxy Fold. No other info about this device is available as of now.

Samsung, of course, is no stranger to foldable smartphones and the complications they carry. The Galaxy Fold has just started hitting the shelves after a major blunder delayed the initial launch plan. In the meantime, the company should already be working on the Fold's successor. Whether this very design of a foldable smartphone with S Pen support is in its priority list for its second foldable remains to be seen.

Maybe we will hear more about it at Mobile World Congress (MWC) 2020. The world's largest annual mobile event takes place in Barcelona between February 24 and February 27 next year. 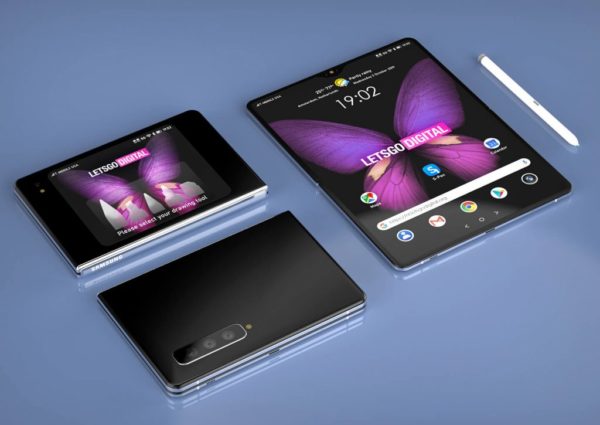