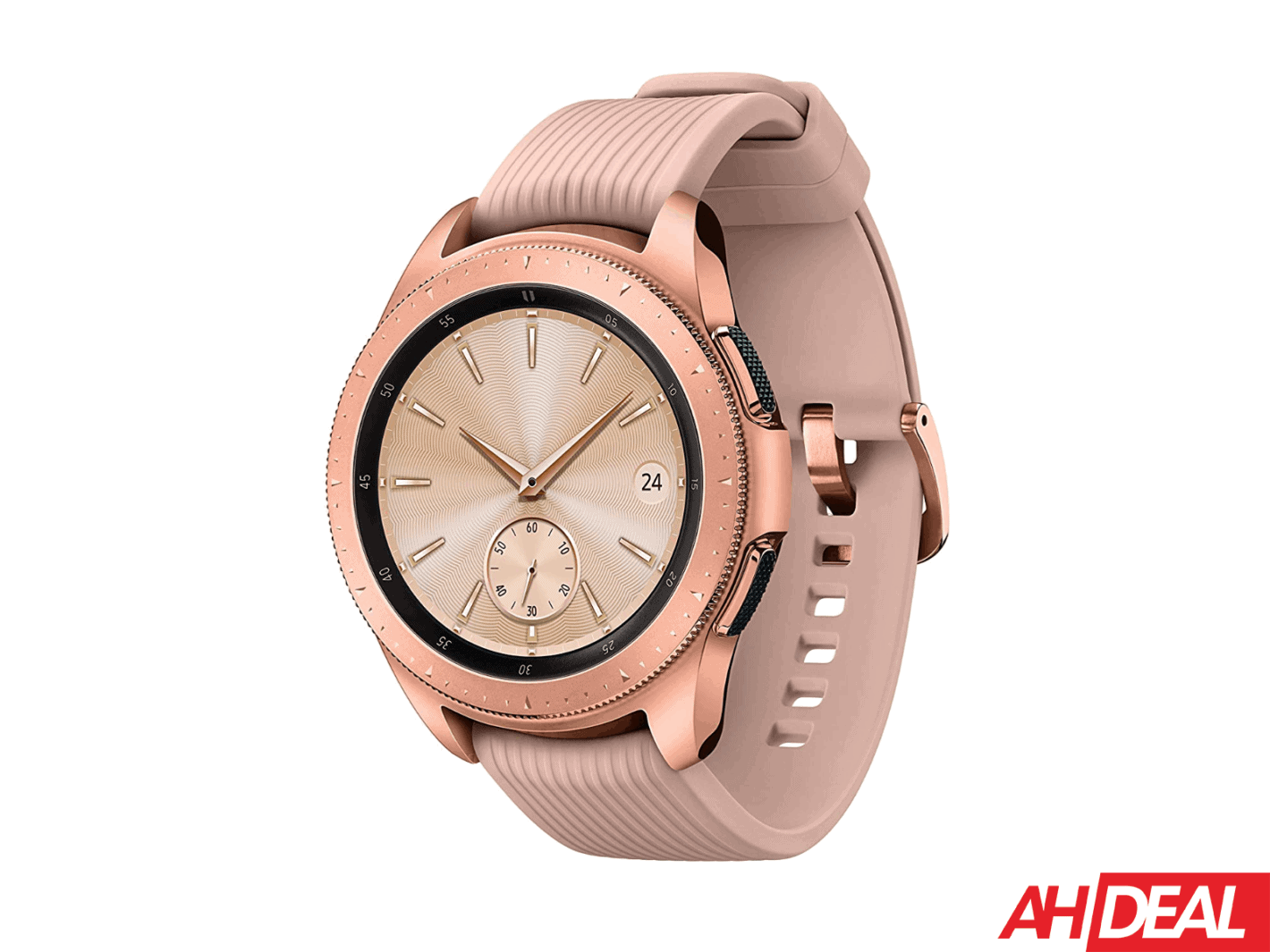 Amazon has a refurbished Samsung Galaxy Watch on sale today for just $183.99. That is a pretty good price, to be honest.

The Galaxy Watch normally sells for around $329, so getting a refurbished one for nearly half the price, isn't to shabby.

Not to mention the fact that Samsung is still updating and supporting the Galaxy Watch, and will continue to for the foreseeable future.

The Galaxy Watch is a full-fledged smartwatch from Samsung. It has the rotating bezel that everyone absolutely loves. There's also support for a number of apps on this smartwatch.

Now unlike other Android-compatible smartwatches on the market, this one does not run on Wear OS. Instead it is using Samsung's own Tizen operating system that is much better on battery, but doesn't quite have the app support. That is likely a good thing actually. Because most people aren't going to be scrolling through Twitter on their watch. But being able to get mentions and such on your wrist is a nice thing to have.

There is also support for fitness tracking. Using Samsung Health, you can track just about anything with the Galaxy Watch. That includes running, walking, and generally working out. It can track many different workouts, automatically. And that also includes swimming.

Samsung has included a heart rate sensor on the Galaxy Watch, so you can track your heart rate and really push yourself in your workouts, which is a nice feature to have.

When it comes to battery life, we're looking at around two to three days, depending on how you use the Galaxy Watch. If you use it pretty lightly, you can get three days easy.

You can pick up the refurbished Samsung Galaxy Watch from Amazon by clicking here. This price won't last long, so you'll want to grab it before it's gone.