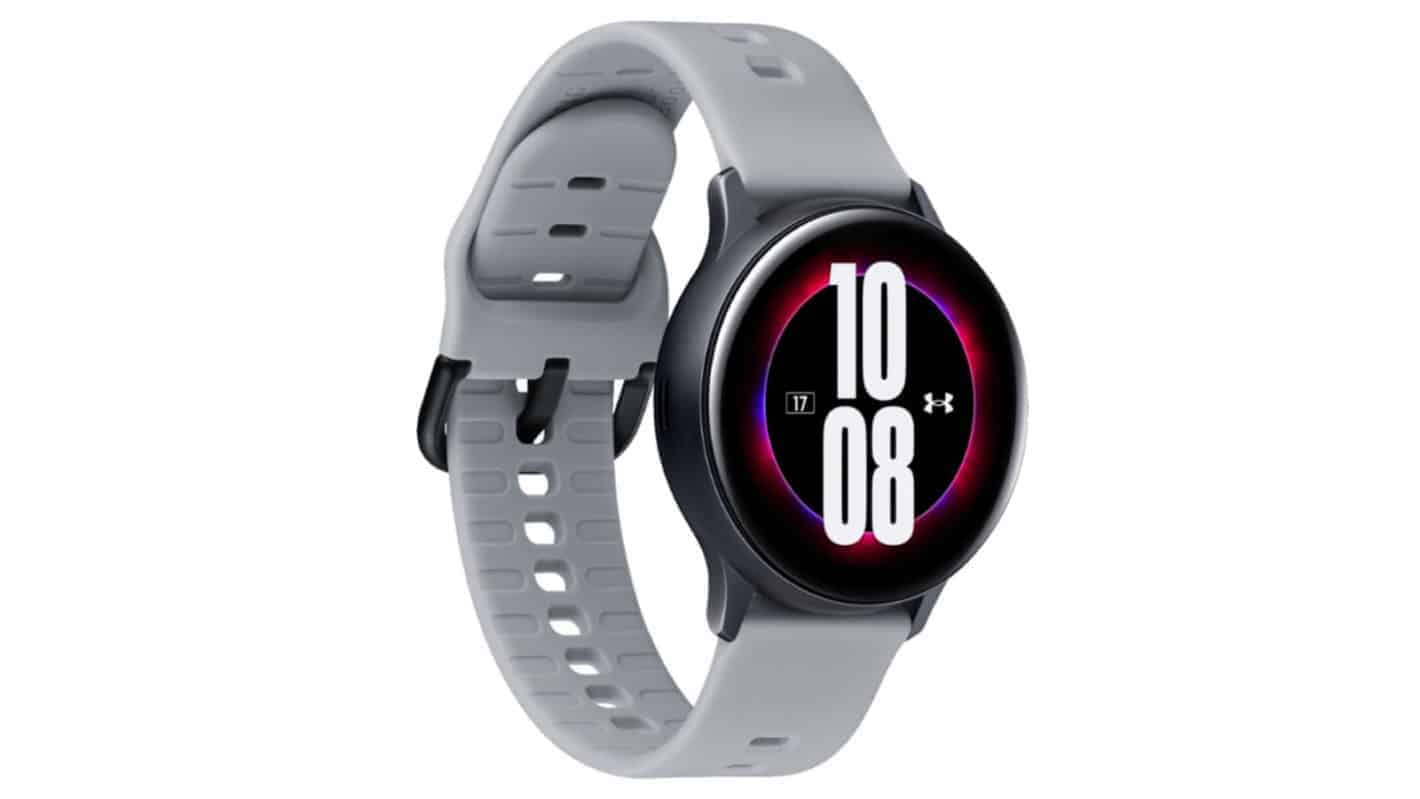 That name is definitely a mouthful. But it is now available, and unfortunately it looks like Best Buy is going to be the only retailer carrying this special edition version.

The only real difference is the watch strap and a few UA-themed watch faces. There are some pre-installed UA apps on this watch, but they aren't (for the most part) exclusive to this model of the Galaxy Watch Active 2.

There are some changes on the software though. With some UA apps pre-installed, as well as this being the only Samsung smartwatch that can deliver up-to-the-minute states and real-time form coaching when connected to the Under Armour HOVR Connected running shoes.

Samsung also ships MapMyRun pre-installed on this watch, and that includes six months of membership for free.

Now it does offer a pretty cool looking design, especially on the wrist strap. And it has the Under Armour logo on the strap. But it'll be up to you whether the price increase is worth it.

With the Galaxy Watch Active 2, Samsung has really increased the prices on its fitness-oriented smartwatch. The original Galaxy Watch Active was about $100 less than the second generation. And that one only came out earlier this year. So it was a bit odd to see it get replaced so soon, and get such a major bump in price.

Best Buy is the only retailer selling the Galaxy Watch Active 2 Under Armour Edition in the US. At least for now.

The site indicates that they will start shipping to customers as soon as tomorrow. This is going to depend on where you are located though. Many stores do also have the Galaxy Watch Active 2 Under Armour Edition  in stock and available. So you can just head over to your local Best Buy and grab yours now.

This is a pretty cool smartwatch from Samsung, and it's definitely geared towards runners and those that are very active in the gym. If you're neither of those, then this one is likely not the one worth getting. The Galaxy Fit is likely a better fit – no pun intended.