Skip to content
Advertisement
Trusted By Millions
Independent, Expert Android News You Can Trust, Since 2010
Publishing More Android Than Anyone Else
8
Today
8
This Week
191
This Month
2865
This Year
112929
All Time
Advertisement Samsung’s latest promotional campaign for the Galaxy S10 5G will see the company launch the phone into the Earth’s stratosphere. Samsung UK recently announced this “out-of-this-world” mission. The handset will gravitate for more than 200 hours at 65,000 feet above the Earth. Samsung is also offering its fans an opportunity to send a selfie along with the phone.

As a part of this program, named SpaceSelfie, the company is running a contest where winners will receive a photo of themselves captured in the space with Earth as the background. You just have to take a selfie and upload it to the Mission Control website. The contest will run until October 31 and is open to the residents of the UK and Ireland only.

A total of 65,000 winners will be randomly selected. The said Galaxy S10 5G will display those selected selfies on its screen while a still camera on the rig captures a photo of it. So basically, the prize is a photo of your photo captured at 65,000 feet above the ground.

An official-looking introduction video for the SpaceSelfie campaign suggests that contest is not limited to selfies, but other types of photos are allowed, including pet photos. Apparently, Samsung UK launched this campaign as a part of its 50th-anniversary celebration.

This is not the first time Samsung is sending one of its phones high up into the sky. Earlier this year, the Malaysia division of the South Korean electronics giant sent a bunch of Galaxy S10 phones 80,000 feet above the Earth, to capture photographs at 4K at the edge of space.

Samsung UK is now sending the 5G variant of that phone. Of course, this stunt doesn’t have anything to do with 5G. The endeavor is intended to show off the durability of Samsung’s newest Galaxy smartphones. If a handset can survive the extreme conditions of 65,000 feet altitude and function efficiently, it should do more than a decent job at handling the clumsy environment on the Earth.

Interestingly, Samsung has also involved footballer Zlatan Ibrahimović, who is a self-branded tough guy, in this campaign. Add to that, Zlatan’s currently plying his trade for Los Angeles-based LA Galaxy, making this partnership seem more fitting.

How will Samsung do this?

Coming to the how-to part, a super-pressure High Altitude Balloon of size 10.5m x 18m, more than half the size of a basketball court, will carry the Galaxy S10 5G to 65,000 feet above the Earth. Samsung has designed a special container that will hold the handset, as well as the still camera and other necessary pieces of equipment. The setup will be powered by the Sun’s solar energy. The balloon will ascend from a launchpad in South Dakota in the U.S. Samsung says the Galaxy S10 5G was able to withstand temperatures of up to -65°C during the pre-launch testing.

Samsung has also developed two special apps for this mission. The first is a ground control app that will send and receive selfies between Mission Control and the setup up in the sky. The second app is designed for the phone to trigger the camera to capture the selfie displayed on the screen. The app then tells the ground control app to send the image back to Earth. 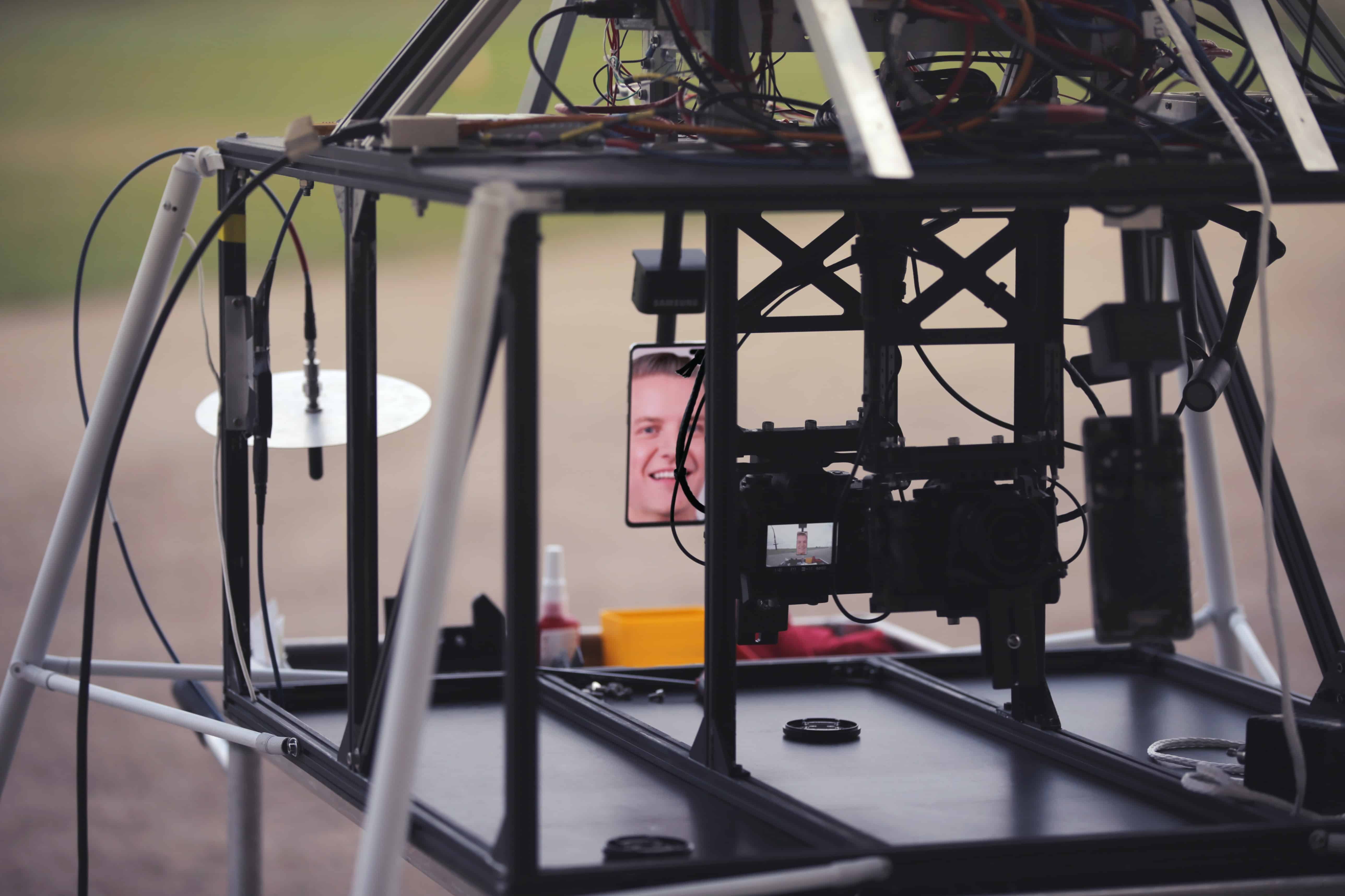