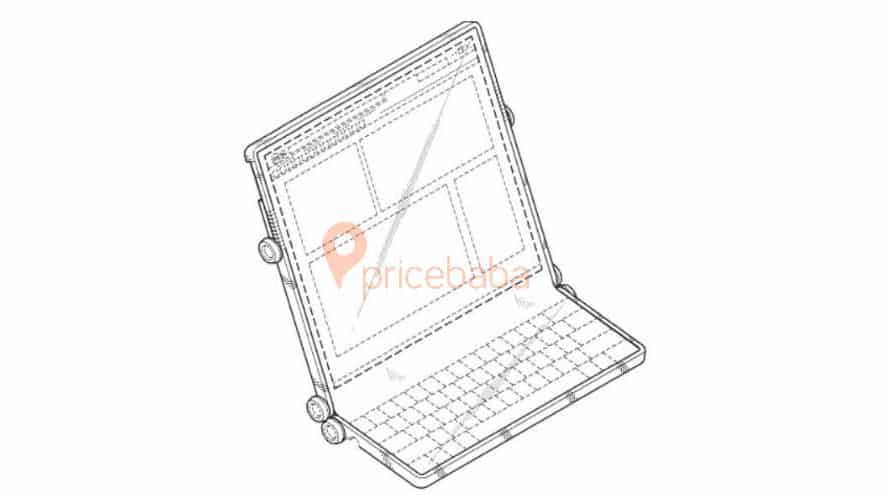 The Samsung Galaxy Fold has been all over the headlines over the last couple of weeks. Samsung relaunched its first foldable phone, after fixing / improving it. That being said, the company has also patented a brand new foldable device as well, a hybrid of sorts.

According to information from Pricebaba, a brand new Samsung patent surfaced on WIPO (World Intellectual Property Organization). We were unable to locate the patent on the site itself, but Pricebaba did share some images and information about the device.

This foldable hybrid can serve as a phone, tablet & laptop

The source notes that this device can be used in multiple modes. It can serve as a smartphone, tablet, and laptop. The patent itself has been filed by Samsung Display, which is not surprising.

The design of this device definitely doesn’t look ready for primetime. This foldable hybrid is a prototype device with a focus on its display, which is why it has been registered by Samsung Display.

The device itself features two hinges, which allow it to be so versatile. If you opt to use it in a laptop mode, part of its display can be used to show an on-screen keyboard, a full QWERTY one.

This foldable hybrid from Samsung also has a kickstand on the back, which allows it to be propped up when used in laptop mode. That kickstand can also be useful to prop up the device while consuming multimedia, and so on.

Interestingly enough, several apps are shown on this device’s display. That is not something we usually see in design patents, but there you have it. These are probably just placeholder apps, but it’s quite odd that they’re portrayed here.

You can see the Dialer, Email, Facebook, Music, Calculator, Calendar, Gallery, and Camera apps shown on this device’s display.

Cameras are not included on this prototype

You will also notice that a camera is not visible anywhere on this device. That is also not that surprising, as companies rarely include cameras on such design patents.

This is most definitely not the final design of the device. As already mentioned, the focus is on the display here, and the device’s hinges. If Samsung ever ends up releasing this device, it will offer a different design, for sure, a more presentable one.

A recent report suggested that the company is working on a second-gen device, but no info was shared. So, who knows what will happen. 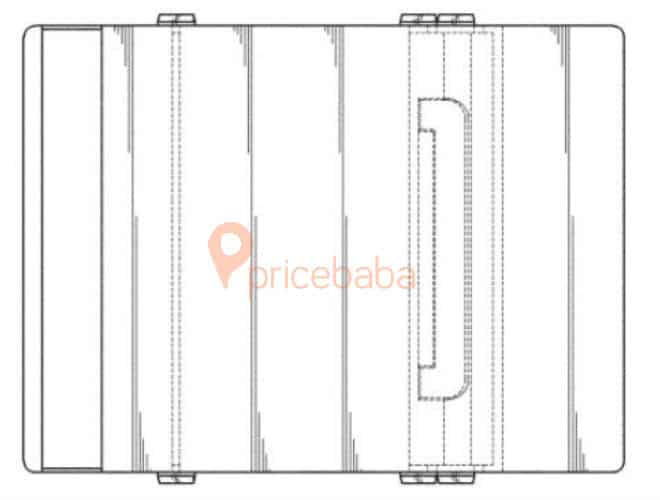 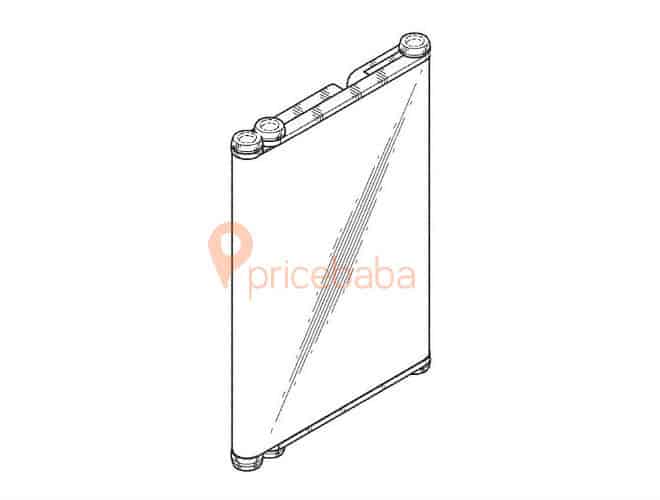 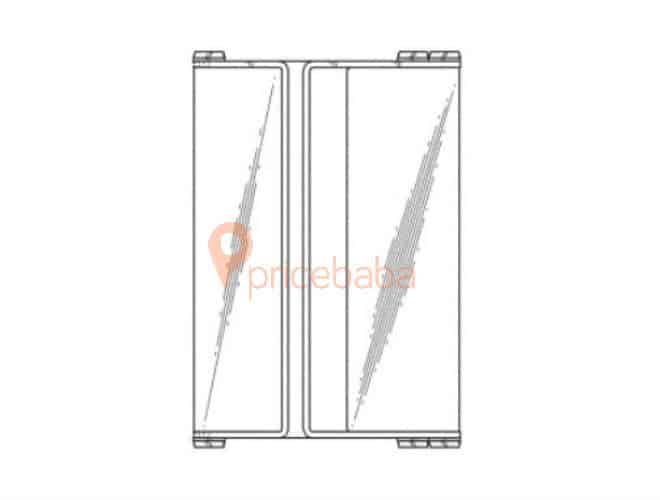 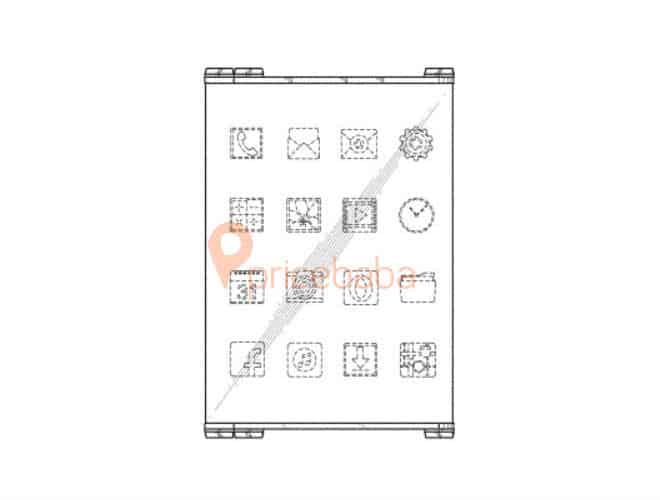 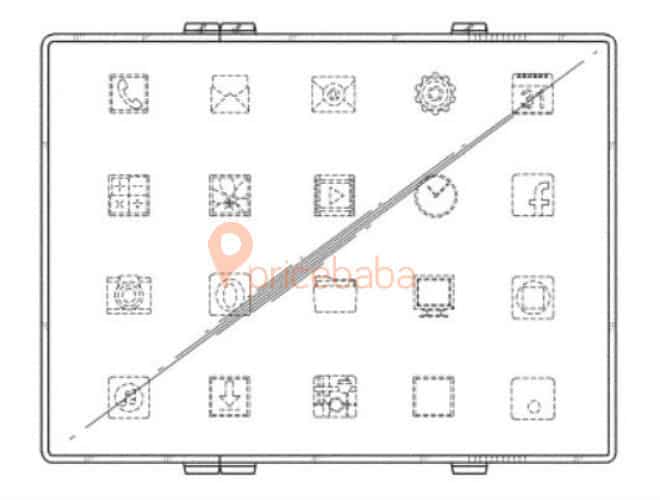 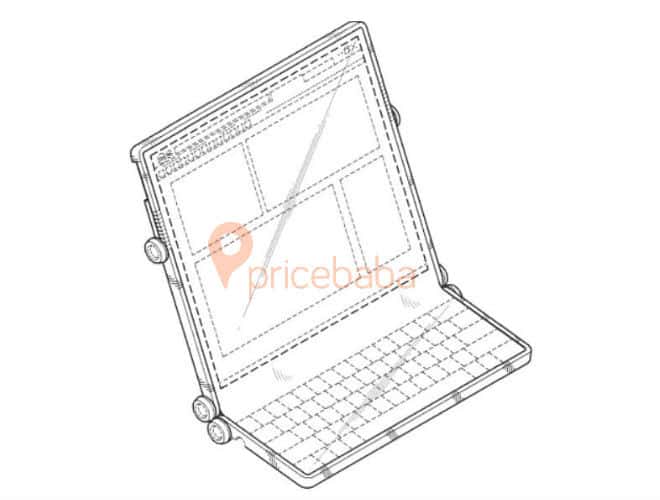 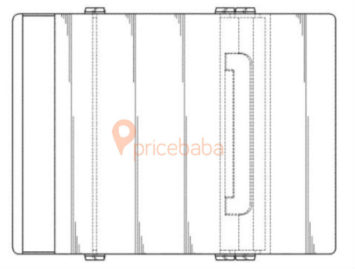 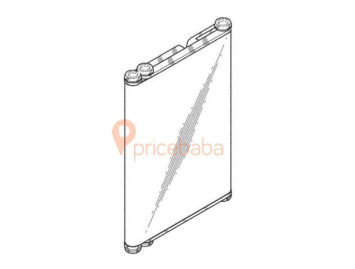 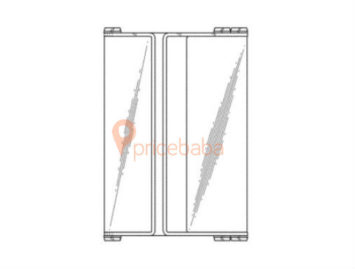 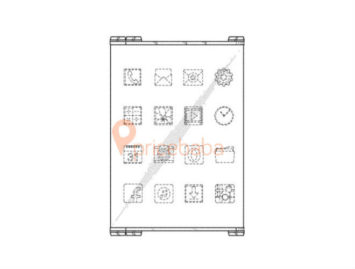 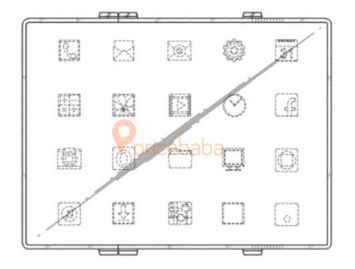 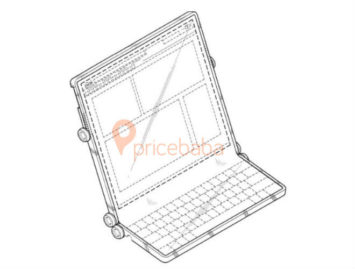