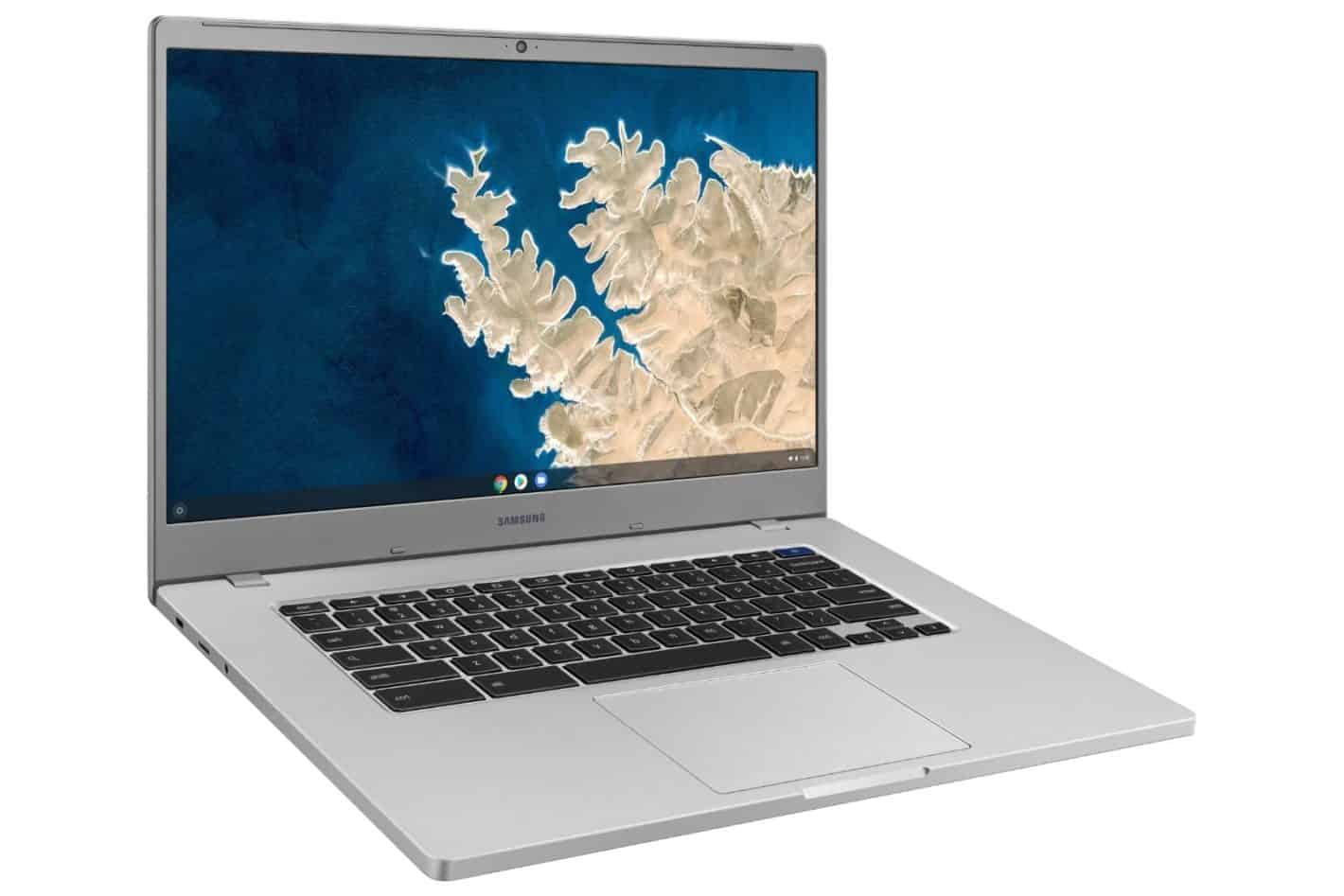 Samsung has officially launched its Chromebook 4 series, following on the 3-series with better specs and a rugged new exterior. The new gadgets, the Samsung Chromebook 4 and Chromebook 4+, are all but identical. The primary difference between the two comes almost exclusively down to size, as expected from earlier leaks. But there are quite a few details that weren't known, leading on the official launch.

The biggest feature to note is that both devices have undergone intense testing to meet no fewer than eight MIL-STD-810G standards. Both Samsung Chromebooks can withstand high-temperatures, freezing, and rapid variation between the two. Each also meets those standards for "transit drop" and vibration, as well as dust, humidity, and low pressure.

So the Chromebook 4 and Chromebook 4+ from Samsung are going to be much more rugged than most available devices.

In terms of differences between Samsung's newest Chromebooks, there are a few but those aren't huge. First, both feature a USB Type-C port, standard USB 3.0 port, 3.5mm headphone jack, and MicroSD card reader. That's in addition to a slim security slot. But the larger device, the Samsung Chromebook 4+, delivers an additional USB-C port to users.

The discrepancy likely accounts for differences in battery life between the two since both are otherwise identical. The Samsung Chromebook 4+ lasted up to 10.5-hours according to a Google Scenario power load test. The smaller gadget lasted two hours longer.

Aside from being rugged, how are these Samsung Chromebook 4 devices the same?

The Samsung Chromebook 4 and Chromebook 4+ are, setting aside the above-mentioned differences, the same. That doesn't mean both will perform the same since the larger "plus" device will arguably use more resources for the bigger, higher-resolution display but that difference should be menial. Both will arrive with Chrome OS 77, driving the experience until the next iteration arrives sometime over the next couple of weeks.

Samsung hasn't detailed the build materials of either gadget but that appears to be a PC material bearing a close resemblance to metal. It could also actually be aluminum, but the series likely follows the cues of its predecessor. Regardless of the materials used, Samsung has taken a decidedly sleeker direction with the new gadgets.

Both devices are a clamshell format, with a sharper, rounded square design than previous budget Samsung Chromebooks. Bezels around the displays have been reduced and a larger touchpad accents the island-style keyboard. At the front lip, there's a notch in place that's likely designed to help open and close the Chromebook more easily.

Two 1.5-watt stereo speakers adorn the bottom while a 720p HD Camera sits above the display panel. An internal mic is in place for Google Assistant, web chatting, and other purposes.

On the inside, Samsung packed in a dual-core Intel Celeron N4000 processor clocked at 1.10 GHz or up to 2.60 GHz with Intel's Turbo Boost technology. Samsung backed that up with two configurations. Users can pick either 4GB or 6GB LPDDR4 RAM, 32GB or 64GB storage, and both ship with an Intel UHD Graphics 600 chip. A TPM module is part of that package too, for better security.

Wi-Fi 5 with 2×2 MIMO and Bluetooth round out connectivity options and everything is powered by a 39Wh battery.

Nobody's going to have to wait to pick up either of the two new devices from Samsung either. Both are available starting today. They can be purchased at Best Buy, Samsung's own website, or "select retailers." Each comes in a single color — namely, Platinum Titan.

For pricing, the Samsung Chromebook 4+ is going to cost just a bit more for the extra port, better screen, and larger form factor. Buyers can pick up the larger gadget for $299.99.

The Samsung Chromebook 4 may be the better value, especially if an FHD screen, extra USB-C port, and larger form aren't needed. That's going to cost buyers just $$229.99, a $70 savings for considerably little in terms of trade-offs.