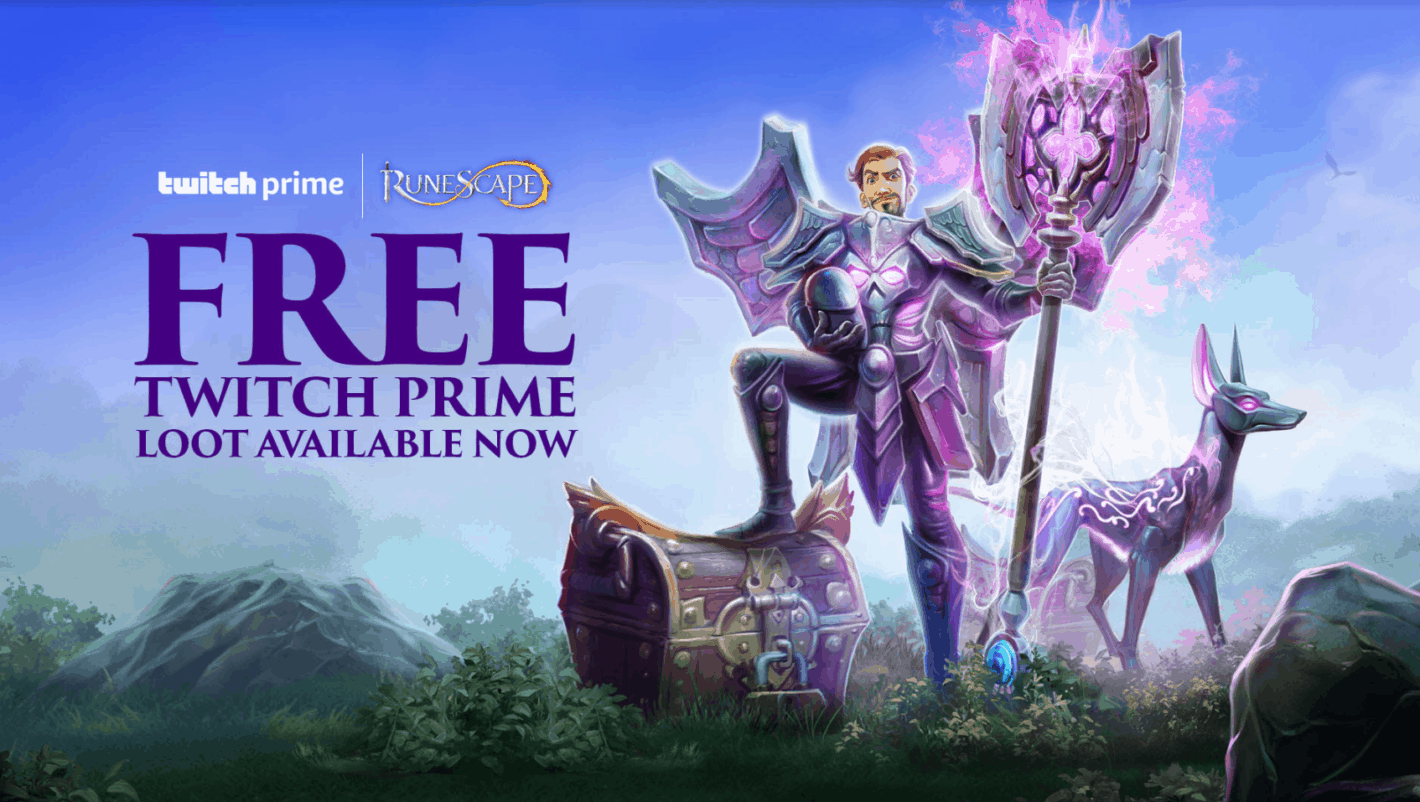 Runescape players are in for a treat for the next few months thanks to a Twitch Prime partnership.

Starting today, Runescape players who are also members of Amazon Prime will get rewards through Twitch. The rewards are varied and will be given out in bundles, and will be spread out over a series of months continuing into next year.

Players of both Runescape and the Old Runescape games will be able to claim these special rewards. If you play both then you kind of get double rewards.

As for what the rewards are, they will change month by month. Starting this month, players will be able to snag a premium currency pack. As both versions of Runescape are free to play games, there's digital in-game currency which costs money. So, this is a good reward to pick up.

The currency pack will contain 200 RuneCoins, 15 Treasure Hunter Keys, and 40 Hearts of Ice. Next month's reward will be two weeks of the membership at no cost. Membership is $10.99 a month.

Although you can play Runescape for free, you get access to less content, including less quests, skills, minigames and other game content. The membership will be usable for both versions of the game as well.

In December, the reward will be a series of exclusive cosmetic items. And, lastly, in January players will get 3x Umbral chests filled with special items. Jagex (the game's developer) says these chests will contain a guaranteed super rare item.

This isn't the first time that Jagex has partnered with Twitch for Runescape rewards. It's actually done so numerous times before. Some of those past rewards included cosmetic items. Part of this new collaboration will include making those past cosmetic items available to anyone who didn't previously claim them.

Of course to claim the upcoming cosmetic items (which are available in the third month of the rewards giveaways) players will need to be a Twitch Prime member. As long as players subscribe to Prime before the third month of rewards is over, they'll be able to claim both the new cosmetics as well as the old ones.

The same thing goes for any other rewards throughout the four months. If you don't want to miss out on rewards from this month, the second month, or the third and fourth months, you'll need to be a member of Twitch Prime before October is over and keep it until February.