The Roborock S4 brings the company back to its roots; a powerful, smart vacuum with great features, excellent performance, and a price that'll make you second guess spending any more on a robot vacuum.

The Roborock S4 is the latest in robot vacuums from Roborock, a company that’s been making award-winning robot vacuums for the last 3 years. Since its original vacuum, a partnership with Xiaomi called the Xiaomi Mi Robot Vacuum, Roborock has been slowly debuting follow-up models but 2019 has sped up that process considerably.

The Roborock S4 is debuting at $399; that’s $100 less than 2018’s Roborock S5, and $250 less than this year’s Roborock S6. It’s even got a sleek new transparent cover that’s both eye-catching and elegant in its execution.

So what exactly is missing from the Roborock S4 to make it so much cheaper than these other two models? Surprisingly, not all that much, but folks that want mopping functionality will need to look elsewhere since the Roborock S4 includes no mop of any kind.

But let’s not dwell on what it doesn’t have, though. Instead, here’s the bottom line before we get into the nitty-gritty: The Roborock S4 is the least expensive vacuum you can buy without sacrificing suction power or advanced mapping features like virtual walls or per-room cleaning. Those features have, historically, been reserved for vacuums that are at least $100 more expensive.

This strategy isn’t anything new for Roborock, who debuted that first generation vacuum at less than half the price of the competition, all while offering more features than any other robot vacuum at the time.

The mapping experience is powered by three main components: the laser-guided navigation system, the same CPU found in Roborock’s two more expensive models, and a new app from Roborock themselves.

Up top is the same high-precision laser-guided navigation system that scans the room at 300RPM and is accurate up to +/- 2cm. Roborock has also outfitted the S4 with a wall sensor that keeps it 1cm away from all walls and obstacles at any point in time, further enhancing this accuracy. This makes the S4 one of the most gentle robot vacuums on the market.

The navigation is the same “Z-shape” pattern that Roborock has excelled at in the past. Z-shape essentially means that the vacuum squares off the perimeter of a room and then cleans inside that perimeter, ensuring that no spot gets missed.

That powerful quad-core CPU is able to take the data from the laser-guided navigation system and turn it into a real-time map of your home, intelligently sorting spaces into rooms automatically and moving the vacuum around in more organic lines than previous generations could. That means the vacuum won’t just follow straight grid pattern, rather, it can adjust the cleaning lines to best fit the environment it’s in. 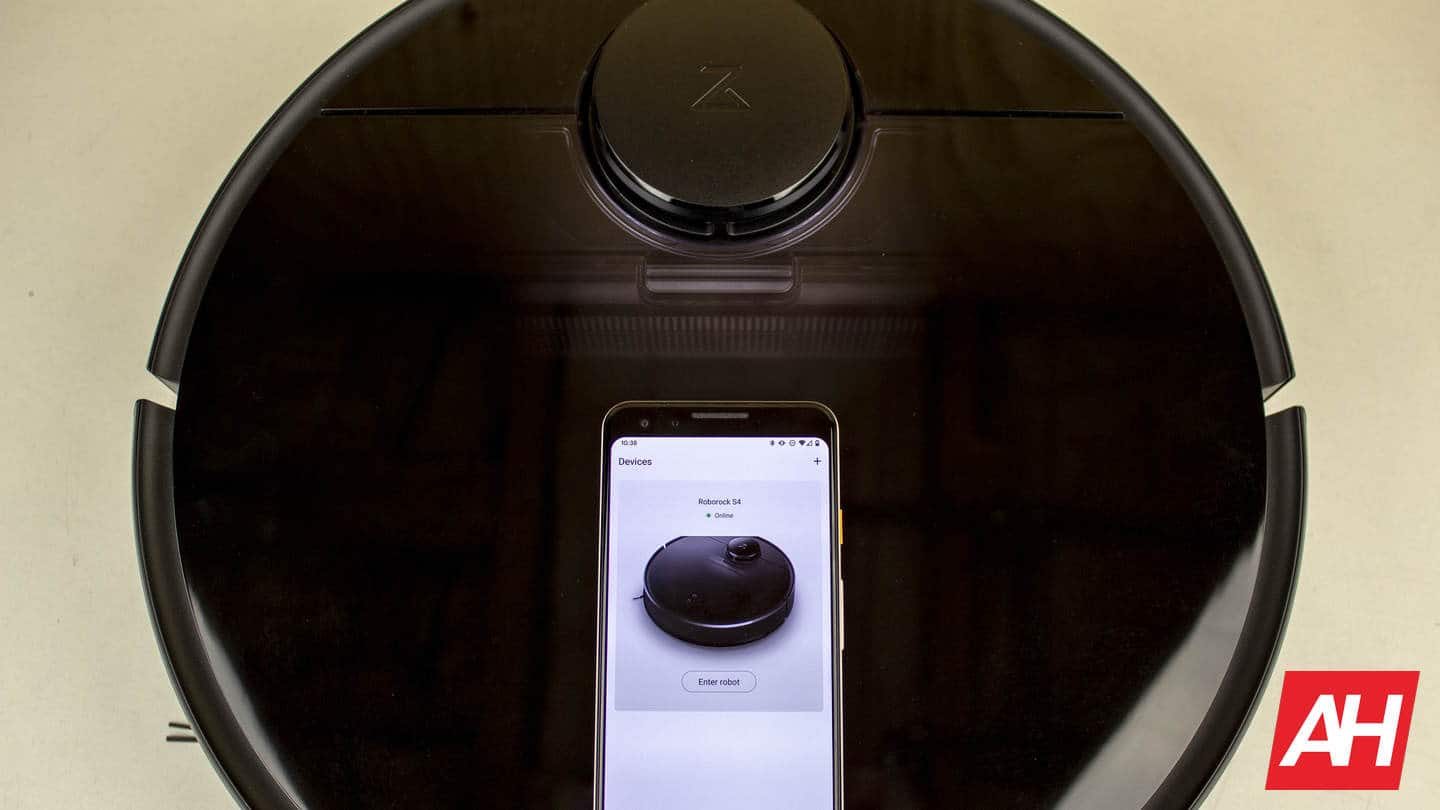 Lastly is the brand new Roborock app that’s launching with the Roborock S4. This app is now independent of Xiaomi’s Mi Home ecosystem and works natively in all countries that Roborock sells its vacuums in. This app enables customers to interact with the maps created by the robot vacuum and also has some amazingly advanced map management that we’ve never seen before on a robot vacuum.

Simply put, the vacuum creates a map every time it runs and saves the map for future use. Older saved maps are stored as “backup maps” and can be referenced or swapped out at any point in time. This comes in handy when a door gets accidentally closed or something blocks the vacuum’s path to a room, as a map made during those times is likely missing a critical section of the house.

You can also add in no-go zones to keep the vacuum out of sensitive areas during regular cleanings. In my home, I need this sort of feature to keep robot vacuums from getting under my entertainment unit in the living room. There’s inevitably some cord that the vacuum gets stuck on under there and this is a far more convenient (and beautiful) way of blocking the area off.

As with previous Roborock vacuums, you’ll be able to clean specific places in the house by drawing a rectangle anywhere around the map of your home. Multiple spots can be designated for cleaning and you can even select up to 3 passes for extra dirty spots.

Back it up, baby

Robot vacuums get stuck. A lot. It’s one of the worst things about the technology and it’s something consumers regularly have to deal with, especially if they are first-time robot vacuum owners. Learning what to pick up before vacuuming and how to utilize those virtual walls certainly helps things, but physical barriers like tall transition strips or high area rugs still cause issues.

Roborock is answering this call by including a brand new drivetrain design on the Roborock S4 that’s specifically engineered to prioritize reverse power. In a nutshell, the S4’s motor is more powerful when moving in reverse than it is in forward gear. That’s a big deal, as we’ve seen more than our fair share of robot vacuums get stuck in an awkward corner of the house because they can’t power back over an area rug or a transition strip.

Roborock also adjusted the maximum height climb to ensure the vacuum gets stuck less. The Roborock S4 will climb carpets and transition strips as high as 1.5cm, while the Roborock S6 would go as high as 2cm. Depending on your home, this may be a make-or-break factor and determine whether or not the vacuum will be able to clean your entire home or if it’ll get stuck somewhere along the way.

In my current home, this was a godsend, as it helped the vacuum get off my large area rug in the living room more than once. In my previous home, this simply would not have worked because the transition strips between rooms were far taller than 1.5cm.

Suction and a side brush

Side brushes are one of those things that doesn’t receive much attention in a robot vacuum spec sheet, but Roborock changed that with the Roborock S6. Like the S6, the Roborock S4 features a new silicone brush design that’s more durable and more effective than previous bristle designs, and it even includes a variable speed mechanism to enhance cleaning.

Here’s how it works: when the vacuum reaches a corner, the side brush will rapidly spin to clean things in that corner and push them more into the center of the room for the main brush to grab. While on a main hard floor, the brush will rotate for the same purpose but at a reduced speed so as to prevent flinging debris across the room. While on carpet, the brush will stop spinning completely because, quite honestly, a side brush is typically useless on carpet. 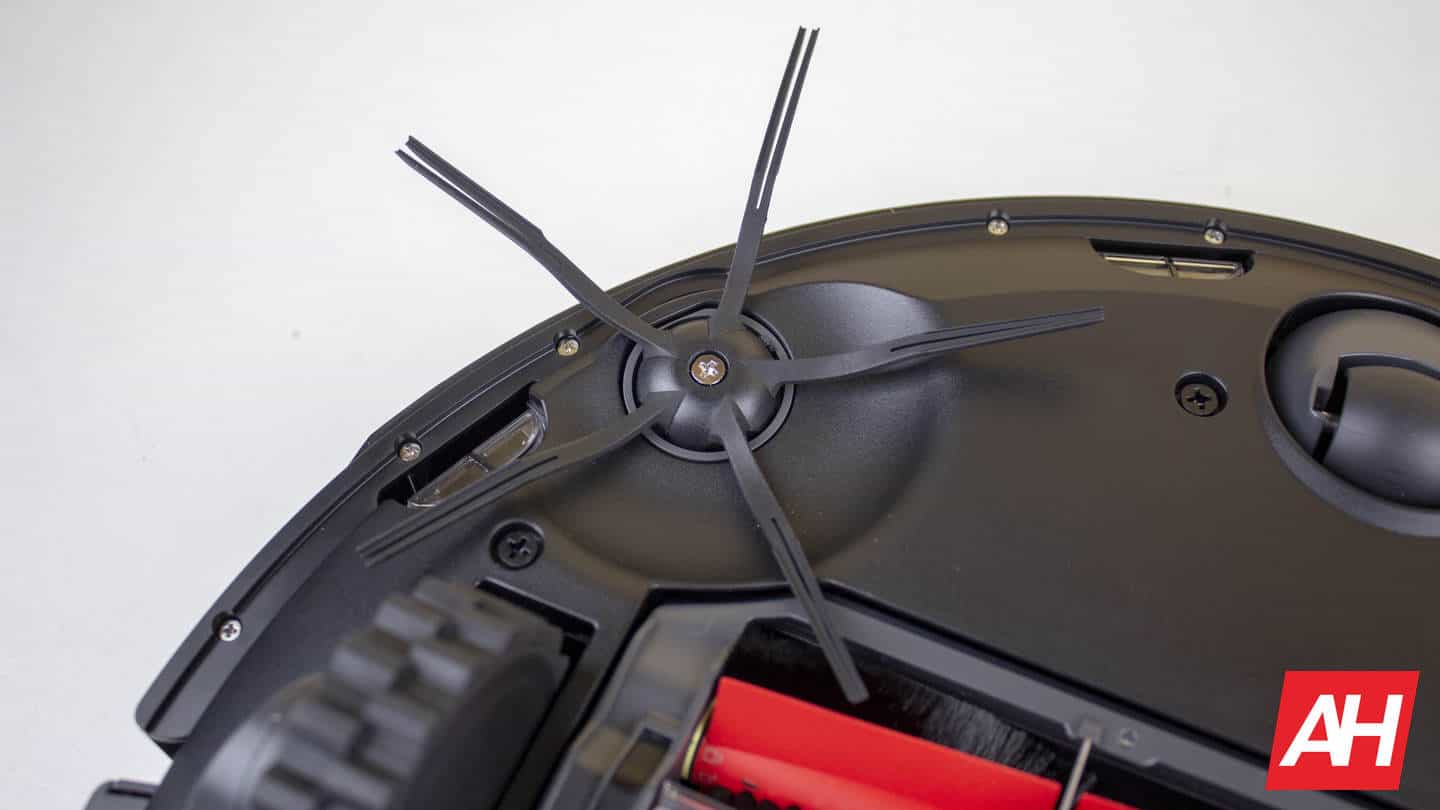 Roborock has also outfitted the S4 with the same motor as the S6 and, as Roborock puts it, has enough suction to pull up AA batteries. Basically, that means better gap-cleaning functionality when compared to the Roborock S5.

It’s also got a “floating main brush” that can adjust height to better hug both carpets and hard floors like wood or tile.

Better battery life but no mop

Roborock has outfitted the S4 with a larger battery than others in this class, enabling up to 3-hour runtime when using the quiet setting. At the maximum suction setting, you’ll see approximately 2 hours of runtime out of the vacuum. With four different suction settings, you can expect the middle two settings to deliver somewhere in-between 2 and 3 hours of runtime.

In square footage, we estimate that the vacuum can cover approximately 180 square meters/1930 square feet in quiet mode, and 120 square meters/1300 square feet per charge when running in maximum suction mode. That cleaning space will also be determined by how much debris is picked up since the vacuum will have to stop if the dustbin gets full.

Maintenance is also a bit easier than previous generations, owing to a few different changes. First up is the inclusion of a washable filter, which cuts down on waste and on things you’ll need to replace down the road. This filter won’t last forever, but it’s far longer than the 3-6 months rated lifespan for older-generation robot vacuum filters. 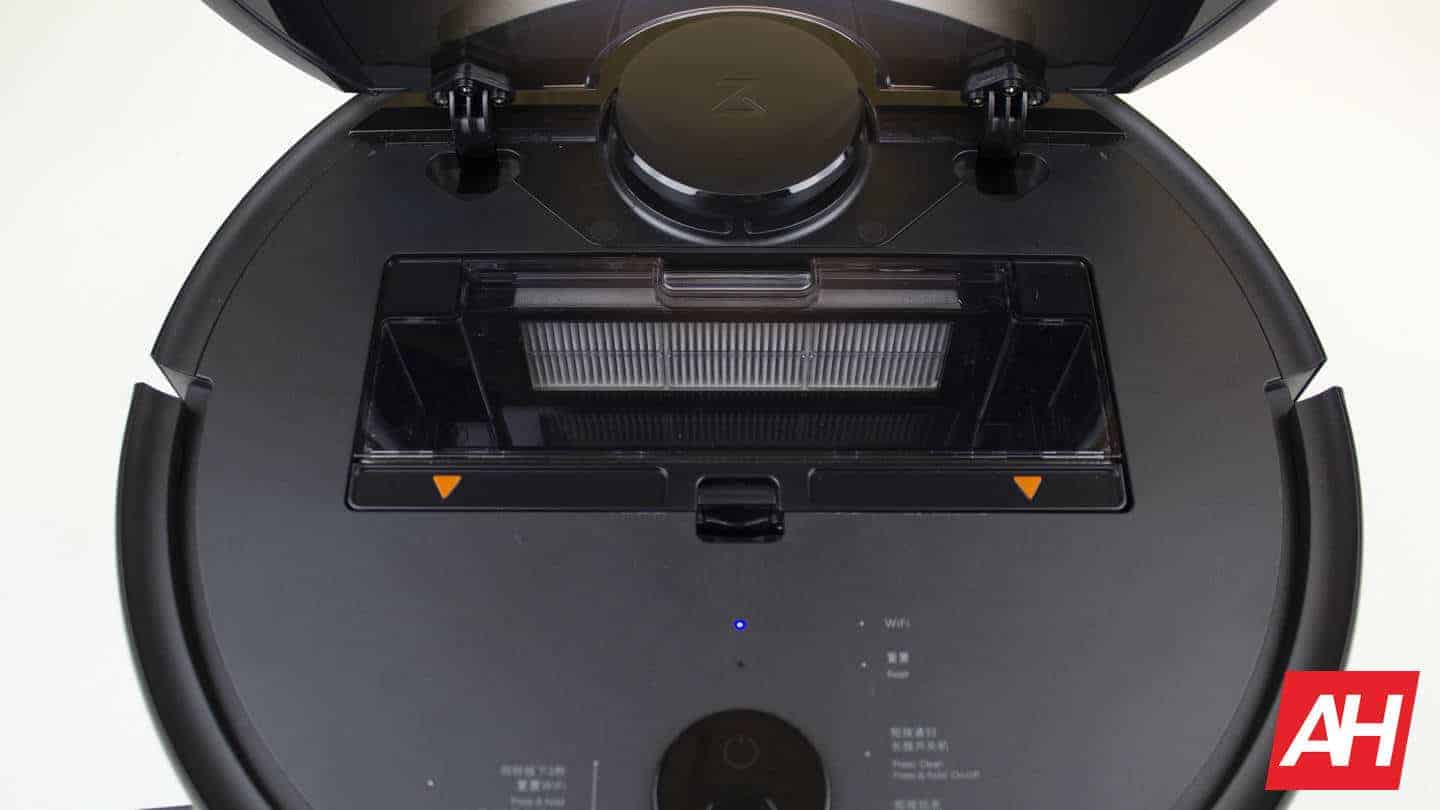 Since it has better navigation than before, it shouldn’t get as scuffed up as some other robot vacuums.

The Roborock S4 doesn’t include a mopping accessory of any kind, unlike the S5 and S6. Much of the cost savings comes from the lack of a mop. This is particularly nice for folks who don’t have lots of hard flooring in their home or have multiple flooring types scattered about.

In my house, it’s rather difficult to use any robot vacuum with a mop because of the layout. All bedrooms have carpet (but no transition strip to stop a robot mop from entering), and the tiled bathrooms are either separated from the rest of the house by carpet or have too large of a transition strip for a robot mop to function.

In my case, separating the robot vacuum from a regular or robot mop just makes more sense.

In the world of robot vacuums, there’s certainly no shortage of options at any price point. The question, however, is whether or not you need all the extra features that a higher price will get you. Don’t care for the light mopping functionality that more expensive robot vacuums can do? Don’t need the vacuum to empty itself? For $400 you can get an incredible robot vacuum that isn’t weighed down by features that some would consider superfluous.

The Roborock S4 provides a truly excellent core robot vacuum experience that doesn’t cut back on the core features, only the price. It’s a product that provides the important features people really want, like quality mapping and navigation, and per-room cleaning. It’s a product that delivers better value by focusing on a specific subset of consumers instead of trying to catch them all at a time.