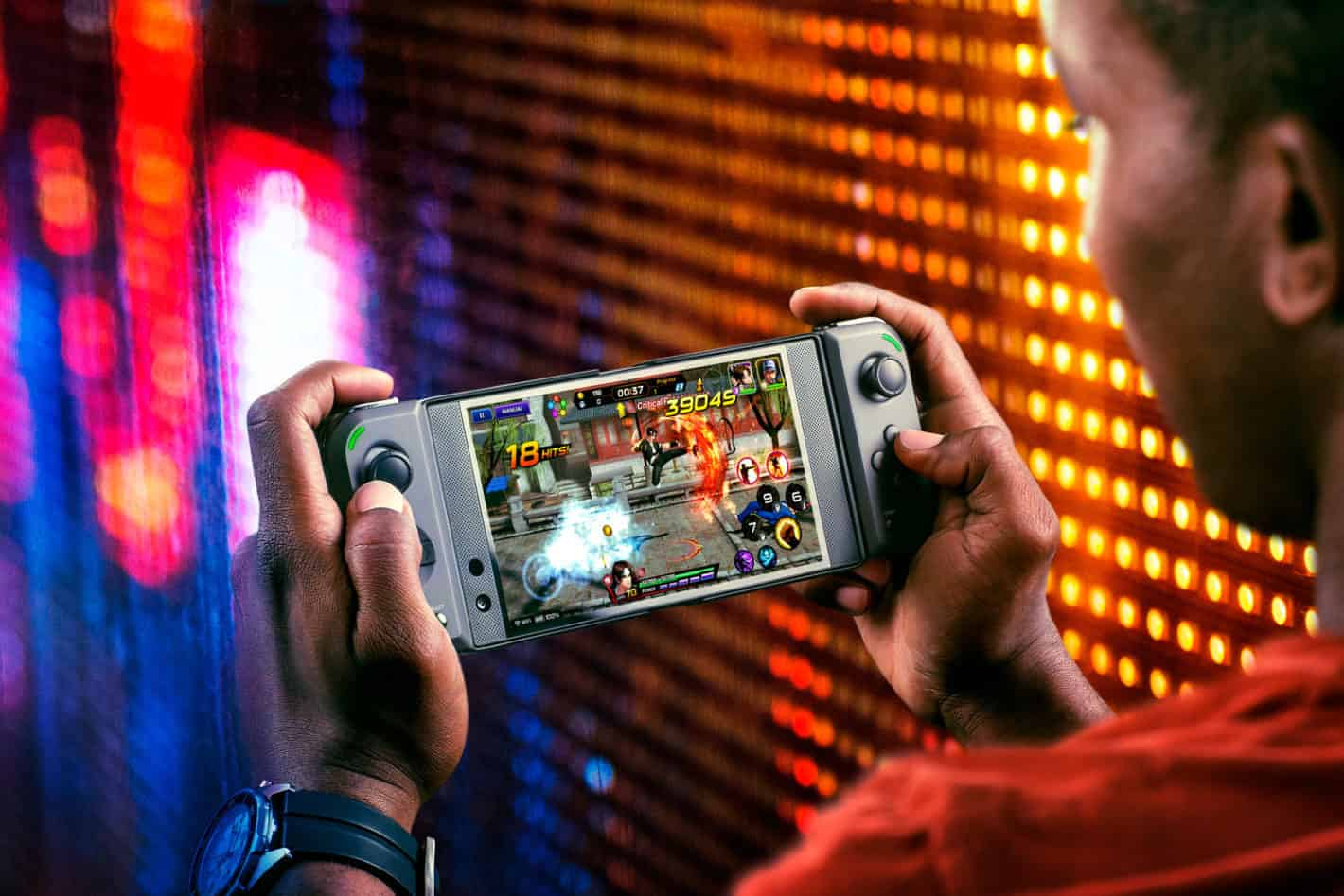 Razer just set itself up to be a bigger presence in the mobile gaming space with a new mobile gamepad. It's called the Junglecat, and it makes your smartphone look like a Nintendo Switch, not too unlike ASUS has done with the ROG Phone II and its Kunai gamepad.

This seems to be the end product of a design that popped up in a Razer patent earlier this year, which was originally suspected to be a new mobile gaming device.

The new Junglecat mobile gamepad is not the only new product that Razer has launched today though. It also now has a set of true wireless earbuds. These are joining the Hammerhead line, and are officially called the Hammerhead True Wireless Earbuds.

Both new peripherals are aimed at mobile gaming, though the wireless earbuds will technically work for anything that has Bluetooth. Both the earbuds and gamepad are also set at the same retail cost of $99.

The Razer Junglecat mobile gamepad is a versatile piece of technology. It'll work with nearly all Android devices, including smartphones and tablets.

There are a few caveats though. The gaempad will only work with devices running on Android 7.0 Nougat and up. And, you'll need Android 8.0 Oreo and up if you want to use the Razer Gamepad app along with it.

The Junglecat also works in two different modes. It can be used like a normal gamepad, with each of the controllers being attached to the included grip. To use it in the Nintendo Switch-style setup, though, you'll need to attach it to the smartphone case.

Razer has only made cases for four different phones. This includes the company's own device, the Razer Phone 2, as well as the Samsung Galaxy Note 9 and Galaxy S10 Plus here in the US. For other regions outside of the US, the Note 9 has been swapped out for the Huawei P30 Pro.

To add to its versatility, the Junglecat can also be used with Windows PCs running 8.1 and up, meaning you can use it to game at home or on the go.

As for the earbuds, these are an improvement over past Hammerhead models in a couple of ways. They're truly wireless this time, which means absolutely no cords or wires. The Hammerhead BT, Razer's previous model, had a wire connecting both earbuds.

The new truly wireless model also boasts ultra-low latency, which Razer says will give you an advantage in mobile gaming and give you highly immersive sound quality.

Razer designed the earbuds with a "Gaming Mode" that drops the latency to just 60ms. They also run on Bluetooth 5.0 which boasts lower latency in itself. There's no Chroma, but it looks like the triple-headed snake logo does light up in the traditional Razer green, similar to the Hammerhead BT.

When it comes to battery life, the Hammerhead True Wireless Earbuds are on par with other similar earbuds. They last about three hours on a single charge, but they also come with a charging case.

This case provides additional battery life, utilizing the ability to charge the earbuds four times, extending the battery life by another 12 hours. Or 15 hours in total. Both the earbuds and the gamepad are available for purchase today through the Razer website. You can also pick up both items on Amazon.