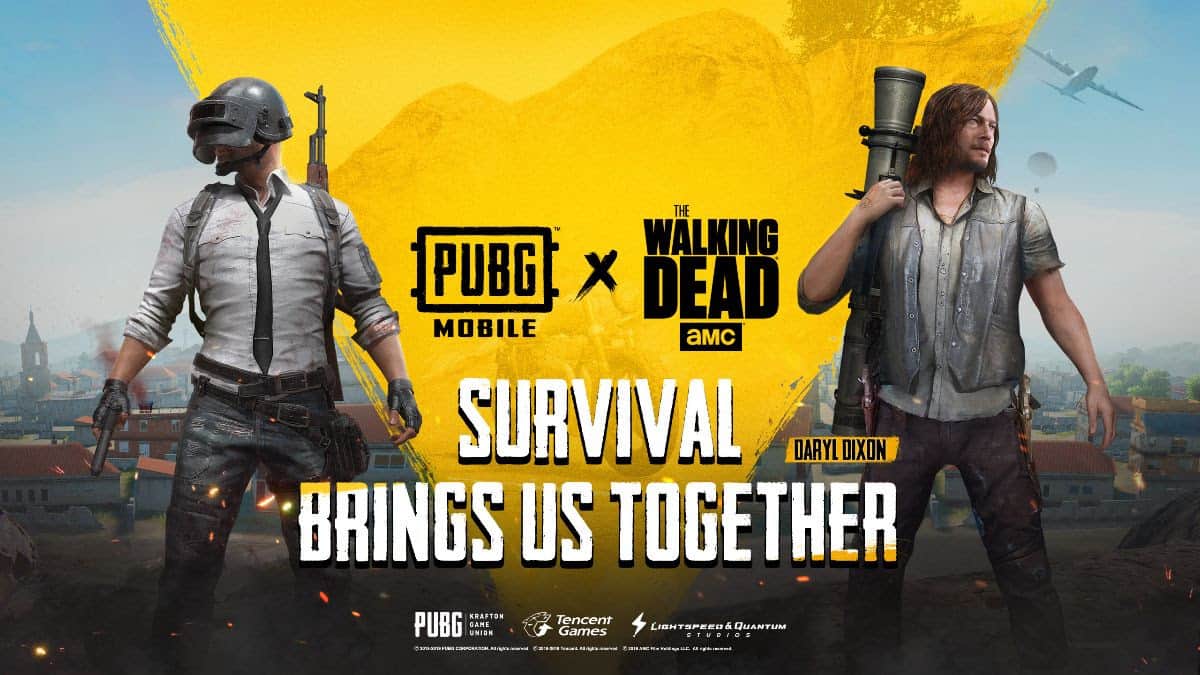 PUBG MOBILE is joining up with The Walking Dead. A new partnership between Tencent, PUBG Corp. and AMC will see PUBG MOBILE release a new event based on the hit show.

The event is called the The Walking Dead board game event and will introduce various new content. It's also available as of today for players to participate in. To access the content, players simply need to log into the game.

As the name of the event suggests it's an actual board game. However, rewards from the event can be used in actual gameplay modes after the event is over. But, only if players unlock them.

To acquire the rewards, which includes Daryl Dixon's motorcycle, players will need to complete daily mission challenges. This means logging in every day to at least complete the current challenge, whether they also play regular modes or not.

The main goal is to advance on the game board. To do this though players will need fuel, and this can be acquired by completing the missions. Moving up a space on the board will trigger random events too, and completing these will earn players various rewards.

The game board map can regenerate randomly

Should a terrible fate befall players causing them to return to the starting point, the board can regenerate randomly.

This adds another level of challenge as squares and events will be different each time. It's also more incentive to complete each daily mission challenge. There is also an ability to choose specific vehicles for use on the board.

Players can switch them too, and doing so has a strategic element to it.

Moving spaces costs fuel, but certain squares will also cost player points. If however, players switch to a different vehicle before the move, they can avoid losing those points.

This will depend on which vehicle they switch to as certain vehicles will correlate to certain spaces to prevent losing points. If players reach the end of the board, they'll get to stash whatever points they have remaining.

And, once each players reaches 120 points, Daryl's motorcycle will be permanently unlocked for use in the game going forward. The new Walking Dead board game event comes on the heels of the in-game events associated with A Warrior's Journey, which is this season's current theme.

In addition to Daryl's motorcycle, players can also unlock other Walking Dead-themed items. Such as skins, weapons and more.