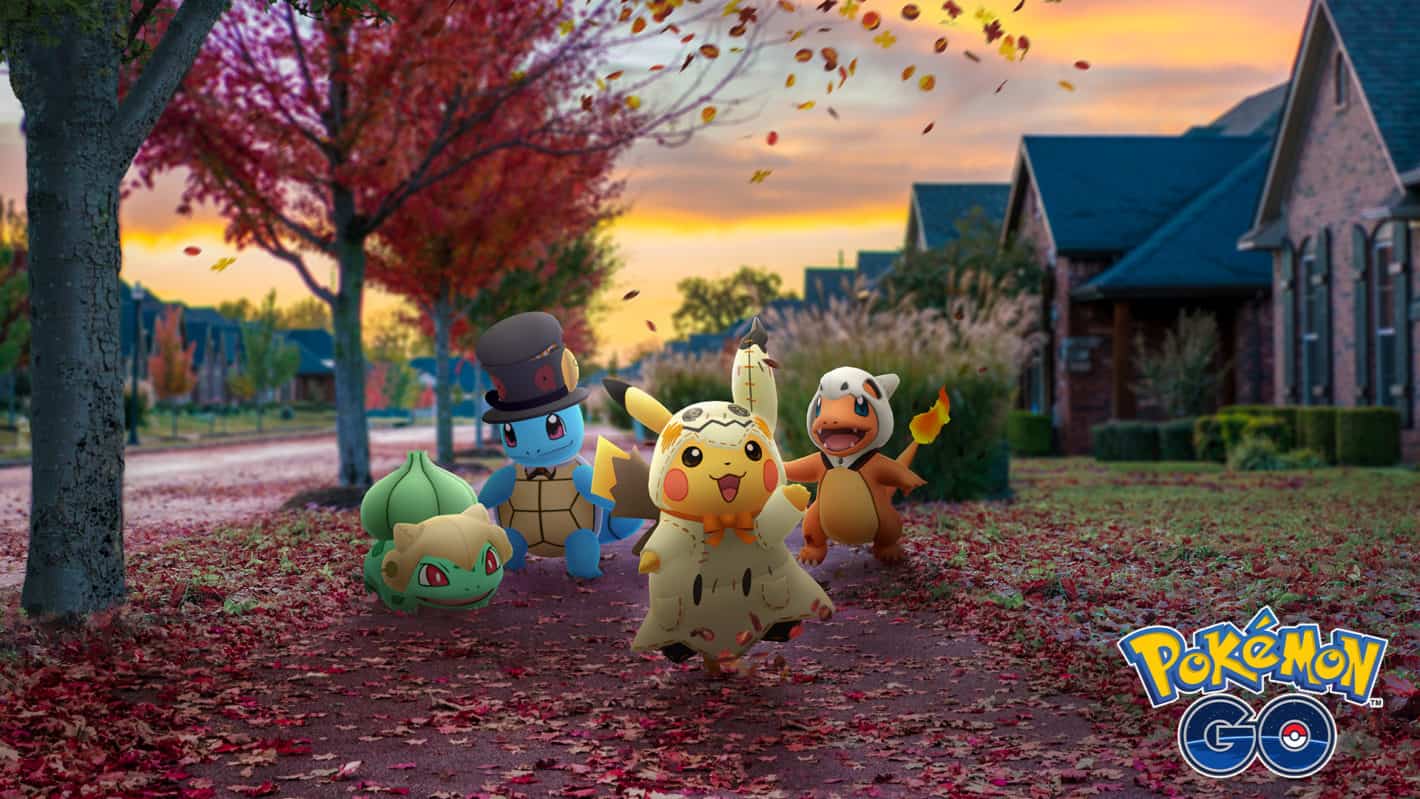 Ninatic is having a Halloween event in Pokémon GO starting this week to help players get in the spooky spirit.

The event will officially take place on Thursday, October 17, and will last until November 1. This means you'll have around two weeks to take advantage of all the event has to offer.

During this time players will have the chance to acquire more shadow Pokémon than normal. To catch these types of Pokémon, players will need to head to local PokéStops and encounter Team GO Rocket grunts.

Should they encounter these foes, there will be more chances to catch shadow Pokémon like Weedle, Kakuna, Beedrill, Electabuzz, Nuzleaf and more.

For the first time ever in Pokémon GO, thanks to this event, Shiny Yamask will also be showing up in-game. Encountering this Pokémon will be random, so players will definitely want to better their chances at getting one by playing as much as possible.

New avatar items are coming to the shop

Fancy dressing up your characters? You're in luck. Because new avatar items are coming to the in-game shop as part of this event.

This way your in-game character can be ready for Halloween just as much as you are. During the event, you'll find items such as Zubat bags, a Pikachu onesie, a Cubone cap, and a Litwick cap among other things.

If any of these items sound like something you'll want to outfit your avatar with, head to the Style Shop in-game this Thursday to grab them before they disappear for good.

Aside from the shadow Pokémon and the Shiny Yamask, many dark-type and ghost-type Pokémon will be showing up more often. Players will have more chances to encounter and catch these types in the wild from eggs as well as from raids, including Pokémon like Gastly and Murkrow.

Players will also have a chance to battle Darkrai, the pitch-black Pokémon, as it will appearing in five-star raids. Pokémon wearing Halloween costumes will be appearing in raids too, and during the whole event players will get double the drops for items like Catch Candy, Hatch Candy, and Transfer Candy.