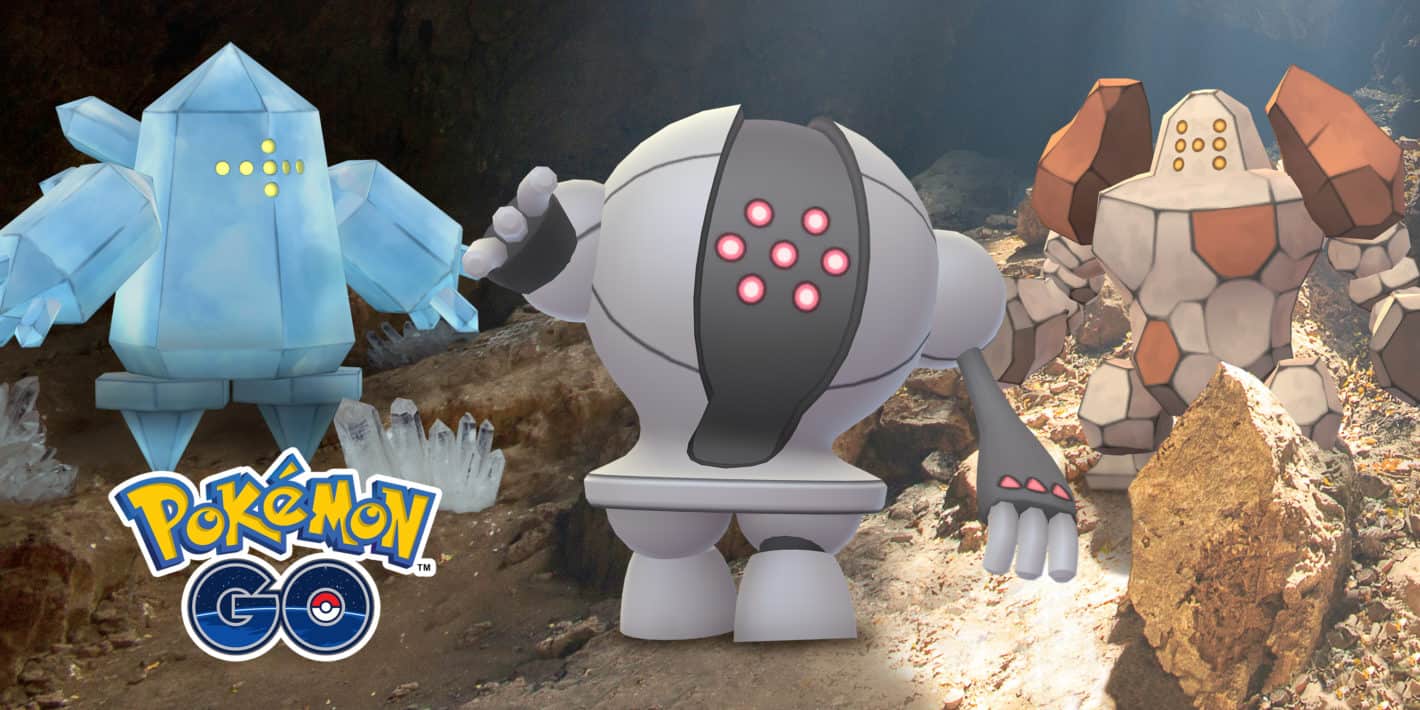 Pokémon GO is adding some lovely new content to the game in November with the return of Regi Pokémon.

Specifically, players will get to contend with some of the Regi Pokémon in five-star raids. These Pokémon will be showing up in the raids beginning November 1. So there's still a couple of weeks to wait.

The Pokémon that will be showing up in raids at the specified time will be Regirock, Regice, and Registeel.

The three Regi Pokémon may be returning to raids but it won't be for good. Players will have a short period of time to battle them. More specifically, four days.

According to Niantic Regirock, Regice, and Registeel will only be in raids until 1PM Pacific time on November 4. They will show up at 1PM on November 1, making it a full four days.

Keep in mind that these will be five-star raids, so they will come with more of a challenge than other raids. That being said, there are ways to make the battles easier.

If for instance, you had Pokémon that could counter any of these three, you might have an easier time of it. Luckily players will be able to find these types of Pokémon out in the wild.

Players will be able to find them in eggs as well, so it might be worth stocking up on as much Hatching Candy as possible.

Colossal Pokémon Regigigas comes to EX raids next month too

If the arrival of Regirock, Regice, and Registeel wasn't enough, Regigigas is coming too. This colossal Pokémon will be appearing in EX raids at some point next month.

However, Niantic hasn't mentioned an exact date yet. There is also potential to access this Pokémon content early. To do so though, you will need to purchase a ticket that grants you early access to a Special Research story event.

This event begins on November 2 at 11AM PST, and will continue throughout the day until 7PM PST. After which it will be over.

During this time, if you have a ticket you will be able to encounter the Regigigas earlier than other players, as it's not intended to be introduced into EX raids until later in the month. To grab a ticket, you can purchase one for $7.99 in-game.

Tickets are not currently live, but Niantic will be sharing details on when these can be purchased on its social channels. Tickets will be available for purchase up until the Special Research story event goes live on November 2.