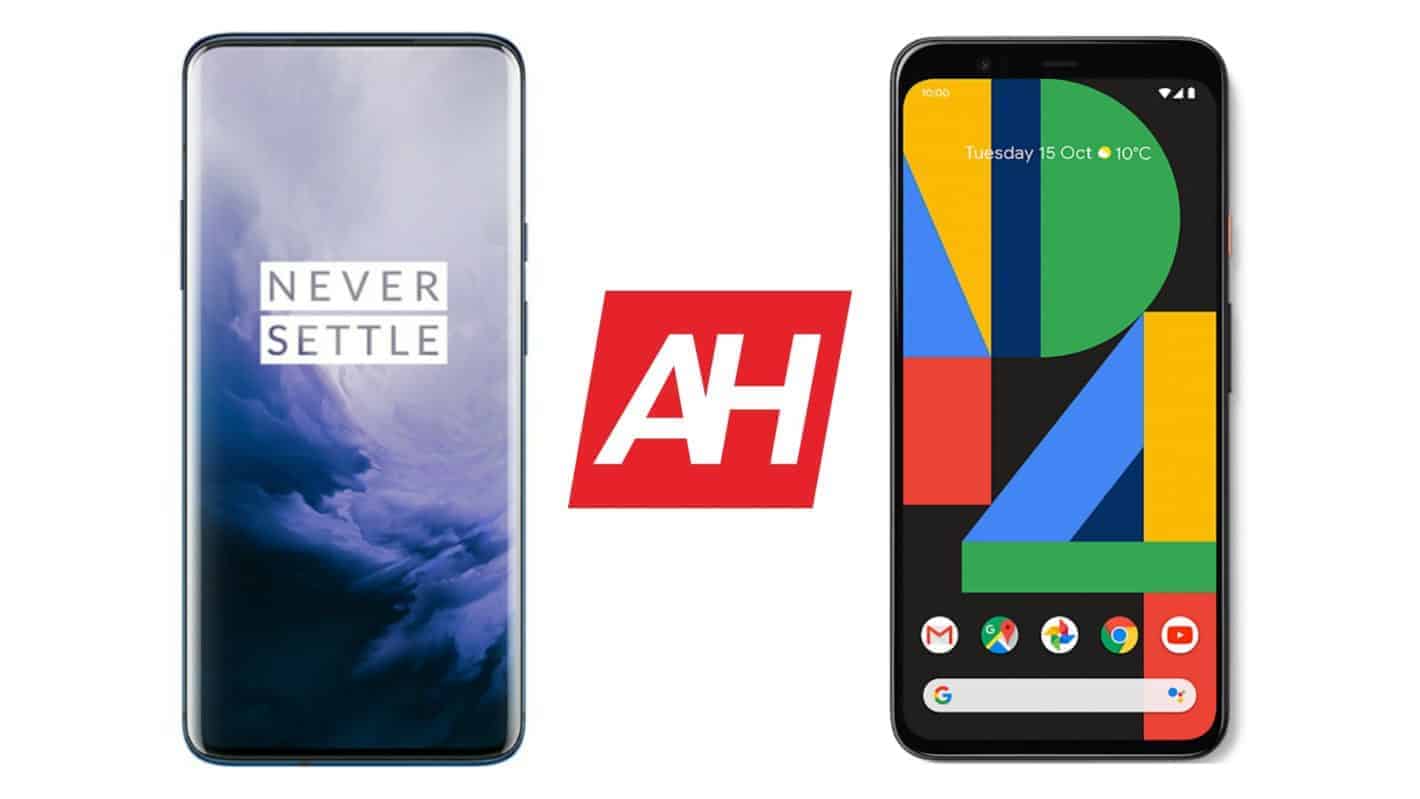 The time has come to compare the very best of Google and OnePlus. In this article, we'll pit the OnePlus 7T Pro vs Pixel 4 XL. Both of these devices got announced quite recently, earlier this month (October), in fact.

Each of these two devices has its advantages and disadvantages, and if you are considering getting either one of them, we'll try to help you make the right call. The two phones are not exactly similar, which makes comparing them that much more interesting.

As it's usually the case, we'll compare the two devices across a number of categories. Those categories include design, display, performance, battery, cameras, and audio. We'll also list their specifications, and do a wrap-up paragraph or two. That being said, let's get to it, let's compare the OnePlus 7T Pro and Pixel 4 XL.

Both of these phones are made out of metal and glass, but that's pretty much it as far as similarities are concerned. Even though they're both made out of metal and glass, they feel completely different in-hand. The OnePlus 7T Pro has many more curves, and is considerably slippier than the Pixel 4 XL. The Pixel 4 XL's edges are a bit sharper, and the phone is surprisingly grippy.

This is quite a problem when it comes to usage, as you'll feel that slowdown. The OnePlus 7T Pro is far more lenient, as it won't revert to 60Hz depending on brightness. The phone will revert to 60Hz when you won't even notice the difference, when you're looking at still images and whatnot. Whenever something is moving on the display, it will keep running at 90Hz. That gives the OnePlus 7T Pro quite an edge. Luckily for Pixel 4 XL users, you can force 90Hz refresh rate via Developer Options.

Both displays look simply amazing. They both offer great contrast, punchy colors, deep OLED blacks, and great viewing angles. We cannot really complain about anything when it comes to these two panels in terms of image reproduction. One thing worth noting though, which is an issue on all curved displays, you'll get far more reflection on the OnePlus 7T Pro's panel, on its sides.

We'll end this category with a tie. Both displays are simply amazing, and thankfully that force 90Hz refresh rate option is available on the Pixel 4 XL. It all depends on whether you prefer curved or flat displays, to be quite honest. In terms of image reproduction, you can't go wrong with either one of these two displays.

So, what about performance? Well, these two phones are amongst the fastest devices in the market at the moment. The OnePlus 7T Pro does include more RAM, and much faster flash storage (UFS 3.0), but you won't notice that difference as much in regular use. Both can handle pretty much anything you throw at them with ease. Both phones are running Android 10, and both software iterations are really well-executed. Google and OnePlus really did their best to optimize software on these two phones.

As far as gaming is concerned, you won't have issues with either phone, as far as performance is concerned. The OnePlus 7T Pro is offering more in terms of gaming-related features, though. Choosing one phone over the other in this category is nearly impossible, as these two are extremely fast and responsive. It is worth noting, though, that the OnePlus 7T Pro may be more future-proof in terms of performance, as it does offer more RAM and faster storage. On the other hand, The Pixel 4 XL is getting updates straight from Google, so… it's up to you.

Truth be said, both of these phones will provide enough battery life for most users. Both will get you over 5 hours of screen on time, but the OnePlus 7T Pro can push past 6 hours without a problem. Chances are that you will get over 6 and a half hours with the 7T Pro. That will depend on your usage, of course, but we did see quite a bit of difference between the two phones.

The OnePlus 7 and 7T series of devices brought some serious improvements in the camera department, compared to their predecessors. Still, they cannot match up to the Pixel 4 XL. The Google Pixel 4 XL is one of the best camera smartphones in the market at the moment, if not the best one. The only thing that it is missing when it comes to shooting still images is that ultrawide lens that is available on the OnePlus 7T Pro. 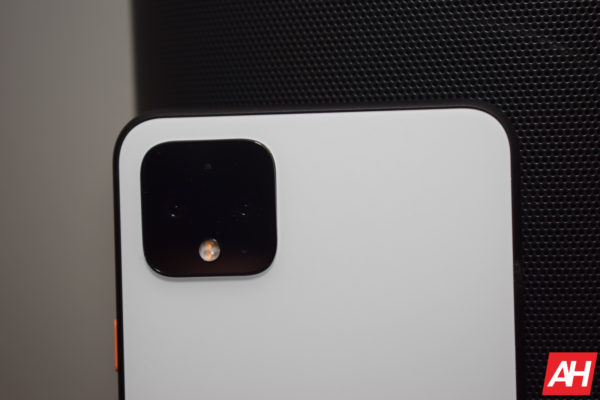 The OnePlus 7T Pro includes three cameras on the back, including both telephoto and ultrawide ones. The Pixel 4 XL does not ship with an ultrawide one, unfortunately, but it does have a telephoto one. Now, in daylight, both phones will provide great pictures. Both will offer great color output, and great dynamic range. The Pixel 4 XL can capture more detail, though, in most situations at least. The OnePlus 7T Pro does have an advantage when it comes to shooting macro pictures, though. It has a special motor for macro photography, and it allows you to get much closer to your subject than the Pixel 4 XL.

The audio experience is great on both of these devices. Both phones include stereo speakers, one of which is front-facing. One speaker sits at the bottom of both devices, while the other one is placed above the display. Those stereo speakers can get quite loud, and they provide clean and well-balanced sound. Distortion is very minimal, and only slightly noticeable at high volume levels.

The OnePlus 7T Pro also offers Dolby Atmos sound support. Neither of the two phones thave a 3.5mm headphone jack, which is a bit disappointing. Still, when you plug in a solid pair of headphones via a Type-C port, or utilize Bluetooth 5.0 connection, you can get really good audio. It's not the best we've heard, but it's really, really good. Both highs and lows are good enough, while the sound is not tinny at all. There's not much difference when it comes to the audio output on these two phones, they're both really good in that department.

The OnePlus 7T Pro managed to take one category more than the Google Pixel 4 XL. The fact to the matter is, both of these phones are great. They are both at the very top of the food chain, amongst the best smartphones you can get at the moment. It all depends on what you're looking for in a phone.

The OnePlus 7T Pro does look more premium, while its display will keep running at 90Hz more often than the Pixel 4 XL's. That phone will also offer you more in terms of battery life. The Pixel 4 XL is undeniably one of the best camera smartphones on the market, while its display is gorgeous. It all depends on what you're looking for.