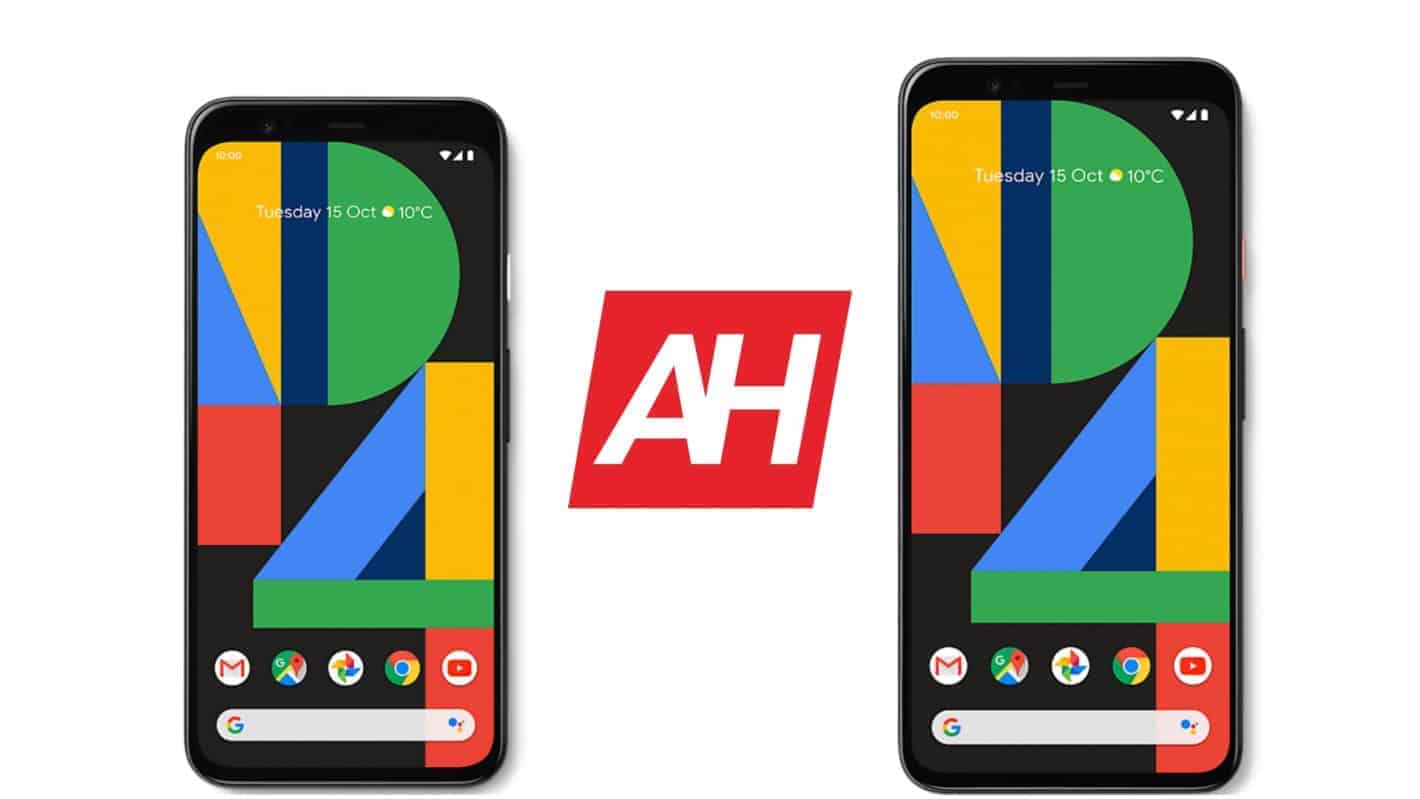 Google introduced the Pixel 4 and Pixel 4 XL handsets, and they're pretty much what leaks suggested they'll be. A ton of leaks surfaced prior to the event, so Google failed to surprised many people. In any case, we're here to compare the Google Pixel 4 vs Google Pixel 4 XL.

The two devices are actually quite similar in many ways. They basically look the same, while their specifications are not that different either. Still, they are some differences between the two devices, and we'll compare them in order to help you make a purchasing decision.

There are quite a few things to consider before you purchase one of these devices. Including size, battery life, and so on, even though they're the same in the vast majority of aspects. We'll compare the two devices via a number of categories, as we usually do. So, let's get started.

These two devices offer the exact same design. The two phones are different when it comes to size, but the design itself is the same. The camera module on the back looks larger on the Pixel 4, but that's just because the phone comes in a smaller package.

Google opted to use glass and metal here, similar to what the company did last year. The in-hand feel is completely different compared to the Pixel 3 series, though. Only the Just Black variant of the two devices comes with a glossy backplate, the other two offer a matte finish.

The Pixel 4 and Pixel 4 XL are considerably less slippery than you'd think. That was somewhat surprising, but still, the Pixel 3 series was not as slippery as some other phones out there either. The Pixel 4 is much easier to use in one hand, due to its size. The phone is considerably smaller than the Pixel 4 XL.

Both devices include a rather large "forehead" above the display, while both of them sport two cameras on the back. All the physical keys are included on the right-hand side of the device, including the power / lock, volume up, and volume down buttons. A 3.5mm headphone jack is not included on either phone, while a type-C USB port sits on the bottom.

Considering they offer the exact same design, we cannot really select a winner here. It all depends on whether you prefer smaller or larger phones, to be quite honest. The difference in size between the two phones is vast, so you'll surely prefer one or the other.

The Google Pixel 4 and Pixel 4 XL both offer 90Hz displays. On top of that, both of those displays are flat, and are OLED panels, but they're not the same. The Pixel 4 XL's display is sharper than the one included on the Pixel 4. 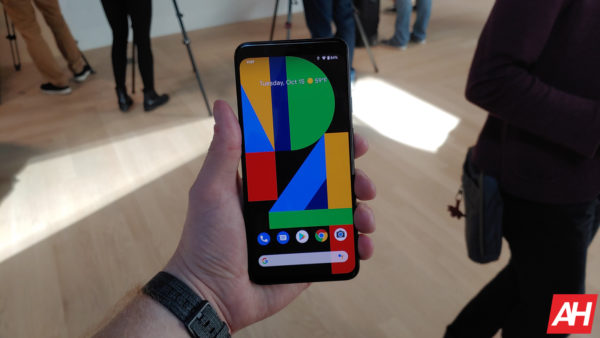 Both displays are quite crisp, while they offer great contrast as well. The displays are also quite vivid, and viewing angles are great as well. Truth be said, we don't have a complaint on either of these two displays, at least not yet.

The Pixel 4 XL's panel is a bit sharper, on paper, even though that's not noticeable at all. For that reason, we'll give this one to the XL model, though both of these displays are great. The Pixel 4 XL even got an A+ rating from DisplayMate.

So, the Pixel 4 and Pixel 4 XL come with the same processor, same RAM options, and same storage options. They also have the same software on top, and same displays, save for display resolution.

The performance is the same on both, as you'd expect. It's great, in fact. Both phones feature high-end specs, so that is not surprising. Vanilla Android 10 is pre-installed on both phones, and that's only a plus as far as performance is concerned.

Don't expect any issues with performance on these two phones, unless some bugs appear. The Pixel 3 and Pixel 3 XL had quite a few issues with bugs last year, at least initially. Google did manage to patch that up, but it took the company as while to do it. In our initial usage, we did not notice any bugs, but that may change going forward.

Those high-end specs, clean software, and 90Hz displays really do make these two phones feel extra smooth. There is absolutely no difference in responsiveness of these two phones, so you're good either way.

Battery life is what concerns us the most when it comes to these two phones. The Pixel 4 and Pixel 4 XL were released a day before this comparison took place, so we only had a bout a day with both devices. That being said, we were not able to conduct a full battery test just yet, but it doesn't look good based on numbers.

The Pixel 4 and Pixel 4 XL battery capacities don't seem to be where they should be. The Pixel 4 comes with a 2,800mAh battery, while the Pixel 4 XL includes a 3,700mAh unit. Based on their displays and everything, those batteries are simply too small. 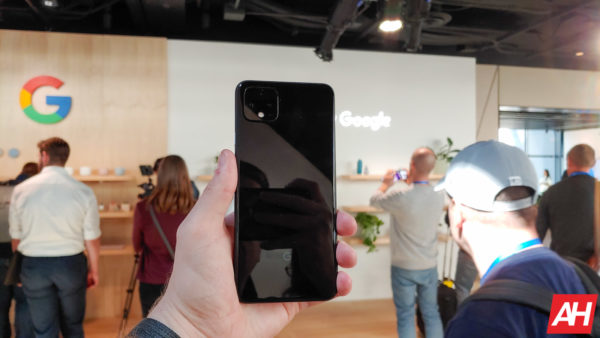 The Pixel 4 XL will almost certainly offer better battery life than the Pixel 4. Its battery is considerably larger, while its display is 0.6 inches larger. That being said, we're not expecting great battery out of either of these two phones. Google may have done some voodoo when it comes to battery life, even though the company didn't talk about it during the event, but we're not really seeing either of these two phones offering great battery life.

You can expect the same exact camera performance out of these two phones. The Pixel 4 and Pixel 4 XL have the same camera setup on the back and on the front. That goes for both sensors and lenses, while the also ship with the same camera software.

Both phones feature 12.2 and 16-megapixel cameras on the back, and an 8-megapixel one on the front. The secondary camera on the back is actually a telephoto camera, not an ultra-wide angle one.

Google improved upon what the Pixel 3 series had to offer, and these two cameras are definitely amongst the best out there. We shot quite a few images with the Pixel 4 camera, and it is an improvement over the Pixel 3. Night Sight is better than ever, and now you can even shoot Astrophotography images. That is something we haven't had a chance to test yet.

Google also added a mode for actions shots, which will come in handy when you need to take a photo of your dog running, or something of the sort. The Dual Exposure setting is also extremely useful, as is Live HDR+ feature.

All in all, the Pixel 4 and Pixel 4 XL have great cameras, but this comparison will end up in a tie, as the two phones produce the exact same results.

Audio is yet another category that will end up in a tie. Why? Well, the Pixel 4 and Pixel 4 XL are completely the same in the audio department. The two phones offer stereo speakers, and those speakers are identical on these two phones. The speakers are more than good enough, as there is not noticeable distortion, not even on high volumes. One is located above the display, and the other at the bottom.

Both phones also offer three microphones, but you will not find a 3.5mm headphone jack on these two devices. Active noise cancellation is also available. Dolby Atmos support doesn't seem to be a part of the package, though.

The Pixel 4 XL will offer you better battery life than the Pixel 4, but in every other aspect, the differences between these two phones are not even worth mentioning. Both displays look great, even though the Pixel 4 XL offers a higher-res display. The rest is basically the same. So make your purchasing decision based on the size of the device, and your battery needs.