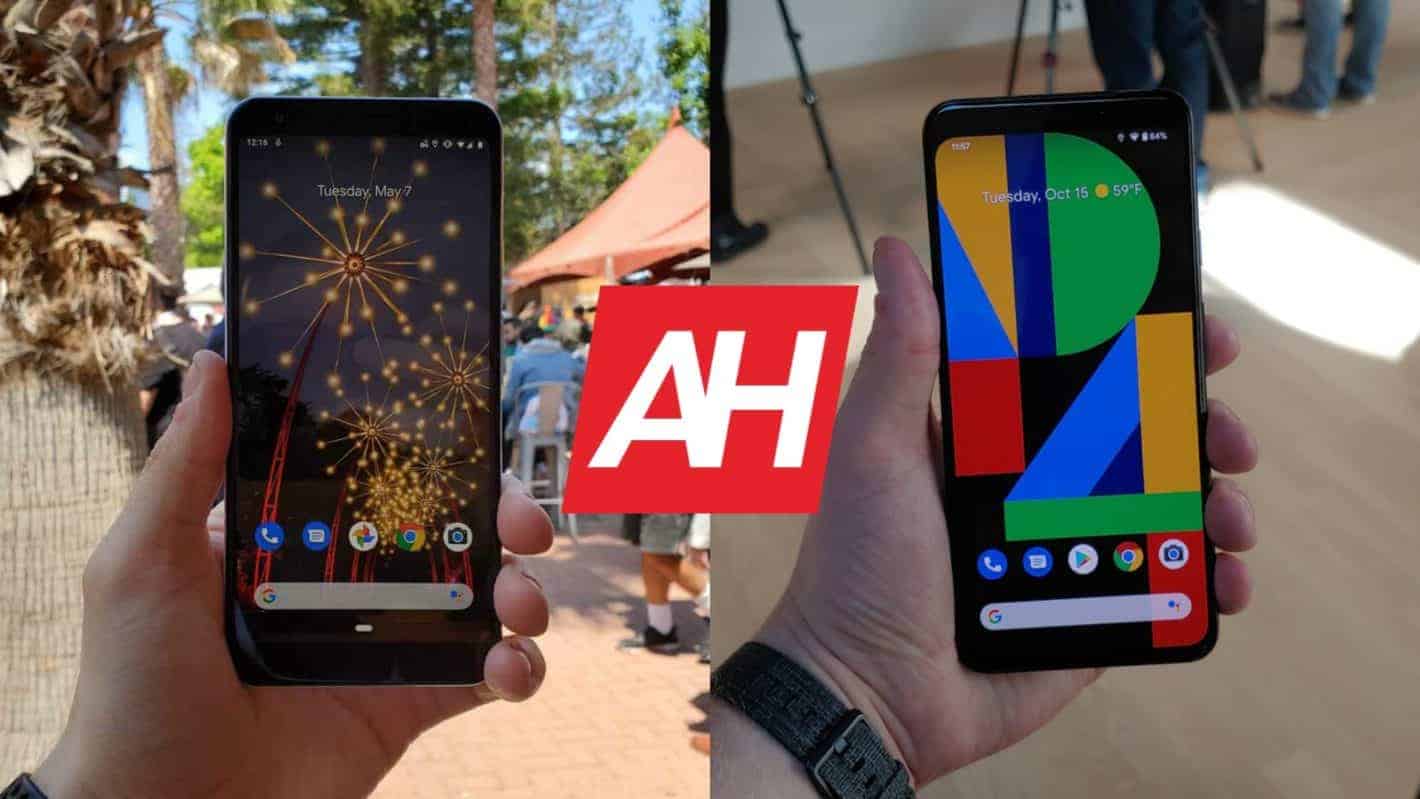 The time has come to compare Google's mid-range and high-end offerings. In this article, we'll pit the Pixel 3a XL vs Pixel 4 XL. We'll compare these two phones, across a number of categories, as per usual.

The Google Pixel 3a XL arrived earlier this year, in May. It arrived with the Pixel 3a, as a mid-range alternative to the Pixel 3. The Pixel 4 and Pixel 4 XL, on the other hand, were announced quite recently.

Many would say that the Pixel 3a XL vs Pixel 4 XL is an unfair comparison, and that may be true, but it may offer you some insight if you're considering getting either of the two phones. The Pixel 3a XL is a really solid mid-ranger, and it may be a better option for some than the Pixel 4 XL.

The Google Pixel 4 XL is made out of metal and glass, and it's less curvy than the Pixel 3a XL. The Pixel 3a XL includes a fingerprint scanner on the back, along with a single camera. The Pixel 4 XL has a large camera module on the back, which hosts two cameras, and an LED flash. A fingerprint scanner is not included on the phone's back, or at all. 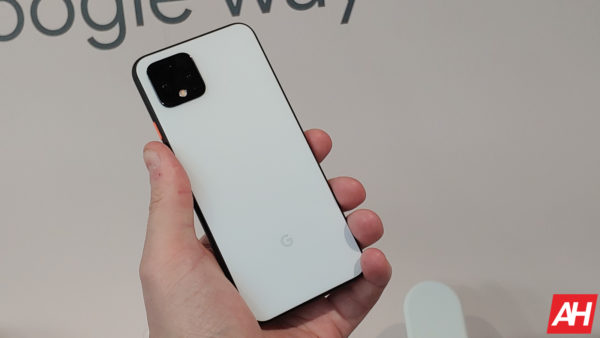 The Pixel 4 XL has a rather thick 'forehead', but not as thick as the Pixel 3a XL's. The bottom bezel is considerably thinner on the Pixel 4 XL. Both phones include flat displays, and those displays sport rounded corners on both phones.

The Pixel 4 XL is the winner of this comparison, though. The phone is made out of premium materials, and it looks better overall. It is also not as slippery as some other flagships which are made out of metal and glass.

The Pixel 4 XL's display offers a higher refresh rate, up to 90Hz, compared to the Pixel 3a XL's 60Hz display. The Pixel 4 XL's unit is also better overall, it offers better contrast, and better colors in general. The display also looks a bit sharper, especially when you place them side-by-side.

The Pixel 3a XL's display is not bad, though, not at all. In fact, both displays are really good, and offer those deep blacks that you'd expect out of an OLED panel. Both displays provide great viewing angles as well. We have to give this category to the Pixel 4 XL, though, its display is simply superior.

The Google Pixel 4 XL comes with a much more powerful processor. It also packs in better specs overall, and that, in combination with its high refresh rate display, and Google's optimizations, make the Pixel 4 XL a noticeably faster phone.

The Pixel 4 XL is faster when it comes to loading apps, multitasking, and basically everything you can think of. The Pixel 3a XL does hold its own, though. The phone performs really well still, as its Snapdragon 675 processor still does a good job. 4GB of RAM still seems to be enough for this phone, as Google did optimize the software really well on the device.

These two phones have the exact same batteries on the inside. They each include a 3,700mAh battery pack, despite the fact their display sizes, resolutions, and refresh rates are different. The Pixel 3a XL had proved that it can offer great battery life, even for those of you who are a bit more demanding in that area. 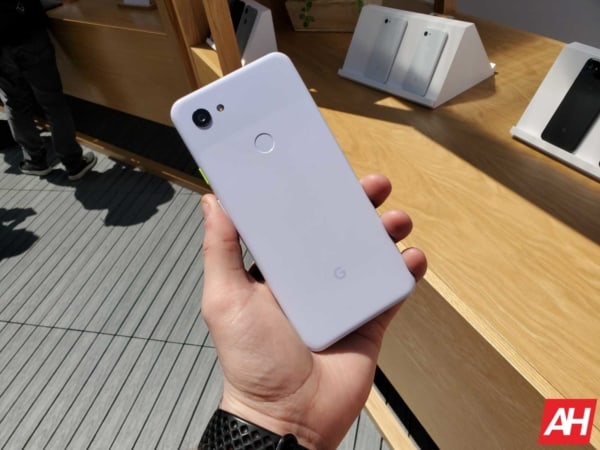 The Pixel 4 XL is not quite on that same level, but it's nowhere near as bad as the Pixel 4. Google should have included a larger battery inside the Pixel 4 XL, having its display resolution and refresh rate in mind. The company for some reason opted to go with a relatively small battery regardless. The Pixel 4 XL's battery can handle medium users, but if you're hardcore user, you'll have to top off this battery at some point in a day.

Both phones support 18W fast charging, while only the Pixel 4 XL offers wireless charging. Google's new flagship supports Qi wireless charging, in case you were wondering. Still, the Pixel 3a XL is a clear winner here, as it does considerably better as far as battery life is concerned.

The Google Pixel 3a XL comes with the exact same rear-camera setup as the Pixel 3. That means that it can shoot some really great photos. The Pixel 3a XL is still one of the best camera smartphones in the market, but it cannot measure up to the Pixel 4 XL. With the Pixel 4 XL, Google made a considerable step forward.

The company's new flagship can take pictures that offer more detail than the Pixel 3a XL. Pictures from it end up being sharper, while Night Sight has been improved as well. Google has also added some really useful modes to the Pixel 4, most (or all) of which will be coming to the Pixel 3a XL. 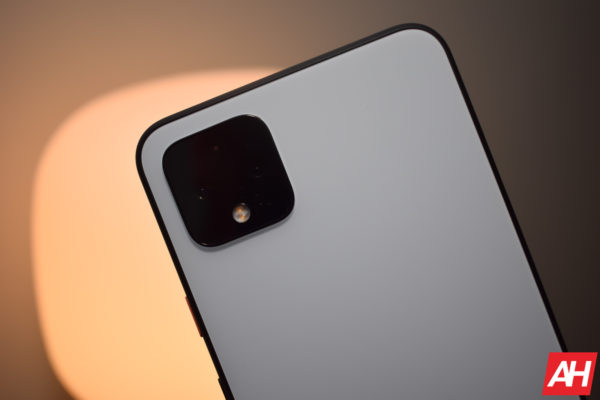 With Astrophotography mode, you can get some really great shots of the sky during the night. A special mode for action shots can handle fast-moving objects really well. The company has also included the Live HDR+ mode, which shows you the final product in the phone's viewfinder, essentially, as it balances out the picture even before you take it.

Both phones can shoot 4K video at 30fps, though Google improved both 1080p at 60fps and 4K at 30fps on the Pixel 4 XL. Stabilization on the phone is better, and the whole video experience is one small step ahead of what the Pixel 3a XL has to offer.

In terms of audio, you may be surprised. Both devices offer a set of stereo speakers. In the case of the Pixel 3a XL, those are front-facing stereo speakers. The Pixel 4 XL has one on the bottom, and one above the display. Those speakers are quite comparable, in fact. We don't know if Google used the same setup, but sound output is extremely similar, if not the same. These speakers are really good, the distortion is minimal at high volumes, and they offer really good sound separation.

The Pixel 3a XL does include a 3.5mm headphone jack, which is something the Pixel 4 XL cannot say for itself. When you plug in a pair of quality earphones into both devices, you'll get very similar output as well. Both can provide you with a solid sound quality, but not the best out there.

Both phones come with Bluetooth 5.0 and aptX HD. So, they're pretty much the same in every way, except for the 3.5mm headphone jack. Due to that fact, the Pixel 3a XL is the winner of this category.

The Google Pixel 4 XL is the winner of this comparison, but the Pixel 3a XL did really well. The company's mid-ranger does better in the battery department, while it is on the same level as far as audio is concerned.

The Pixel 4 XL wins in pretty much every other way, but that is to be expected. It is worth noting that the Pixel 4 XL is a considerably more expensive phone, though. The Pixel 4 XL starts at $899, while the Pixel 3a XL can be yours for $479 (from Google). At the time of writing this article, it was available from Amazon for only $432.

Trusted By Millions
Independent, Expert Android News You Can Trust, Since 2010
Publishing More Android Than Anyone Else
18
Today
79
This Week
571
This Month
3083
This Year
104562
All Time
Advertisement