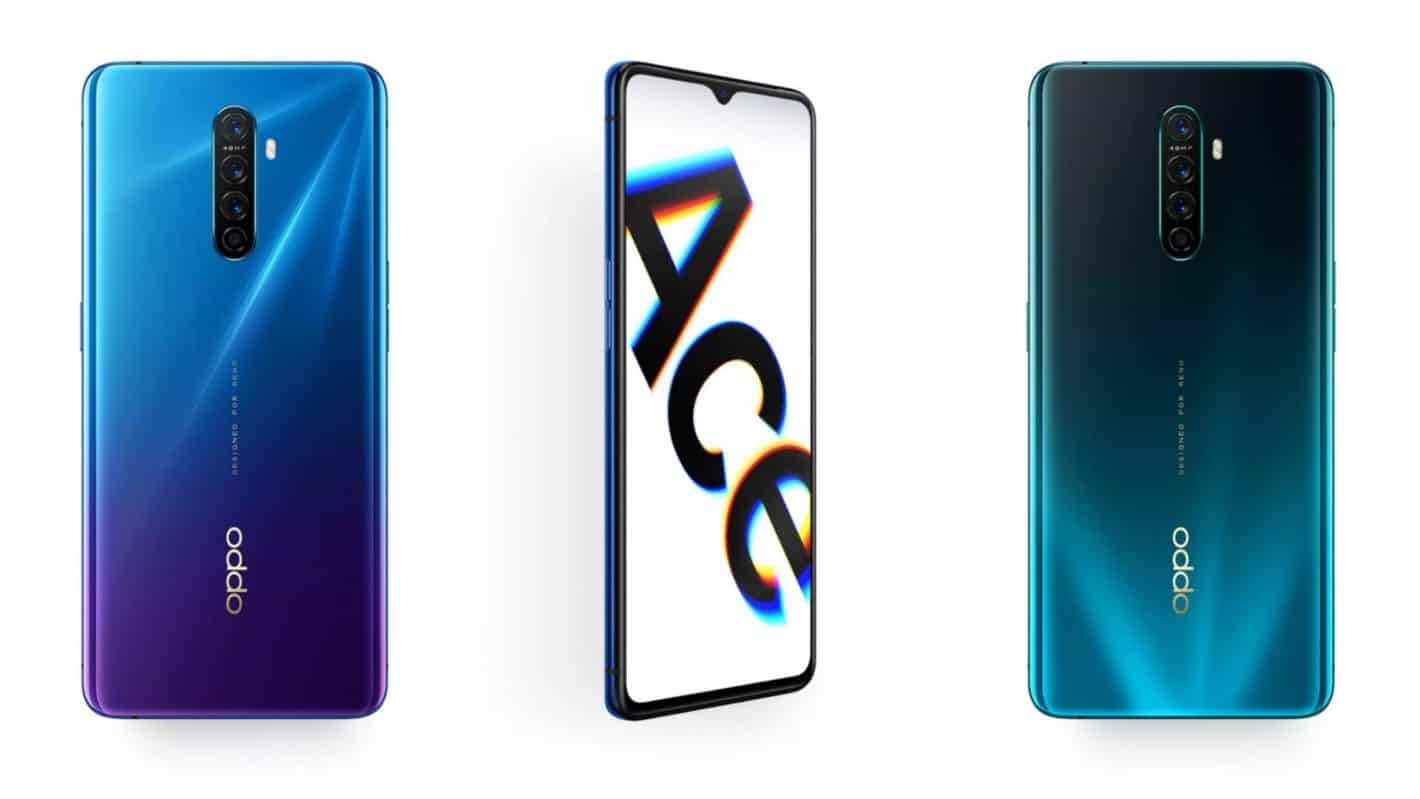 OPPO has announced its new flagship, the OPPO Reno Ace. This phone has been leaking for weeks now, along with its super-fast charging. Well, it turns out that most of those leaks were spot on.

The OPPO Reno Ace is made out of metal and glass, and it features four cameras on the back. Those four cameras are vertically-aligned, and OPPO's logo is also included on the back. The device also includes a small waterdrop notch at the top of its display. Its bezels are really thin, and the bottom bezel is the thickest. That bezel is only a hair thicker than the rest of them, though.

The power / lock button is placed on the right-hand side of this phone. The volume up and down buttons, on the other hand, sit on the left. It is also worth noting that the phone does include a 3.5mm headphone jack, and that is display features rounded corners.

One of the OPPO Reno Ace's main features is definitely its charging. This handset ships with OPPO's brand new 65W SuperVOOC 2.0 Flash Charge charging. This charging can replenish the phone's 4,0000mAh battery in less than 30 minutes (0-100%). In fact, OPPO promises 6 hours of talk time with just 5 minutes of charging, which is crazy. The phone does not offer wireless charging, though.

The phone is fueled by the Snapdragon 855 Plus, same as the OnePlus 7T series of phones. The phone features 8GB / 12GB of LPDDR4X RAM and 128GB / 256GB of UFS 3.0 internal storage. The 8GB RAM variant comes in both storage options, while the 12GB RAM model is available with 256GB of storage only.

Android 9 Pie comes pre-installed on the device, along with OPPO's ColorOS 6.1. Stereo speakers are a part of the package here, as is Dolby Atmos support. An optical fingerprint scanner can be found under the phone's display.

A single 16-megapixel camera sits on the phone's front side. The phone measures 161 x 75.7 x 8.7mm, while it weighs 200 grams. The device comes in Blue and Violet colors, and is available for pre-order starting today. The phone will go on sale in China starting from October 17.