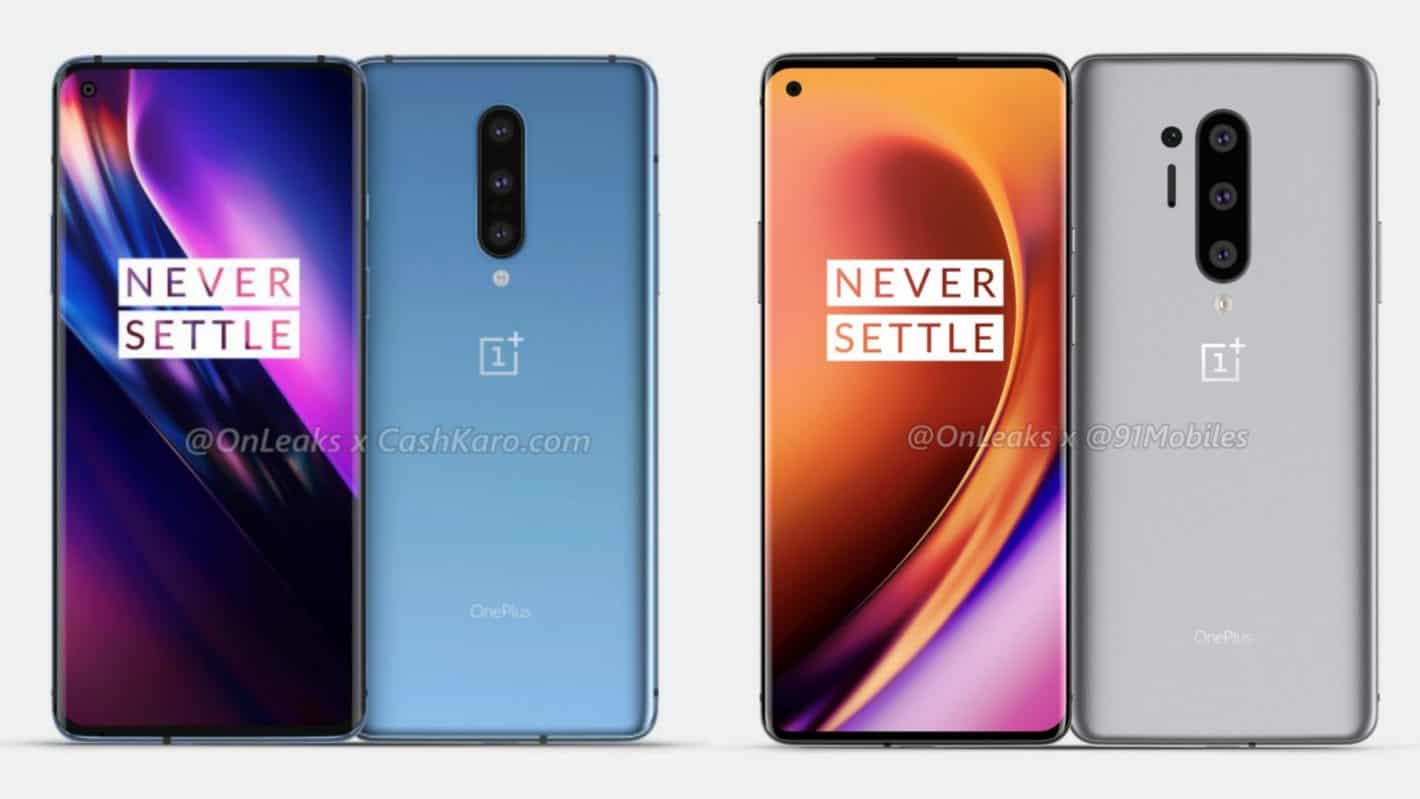 OnePlus will announce its new flagship smartphones in the second quarter of next year. The company is expected to introduce the OnePlus 8 and OnePlus 8 Pro in Q2 2020, a tipster has confirmed.

This information comes from Max J., a well-known industry insider. That is pretty much all the information that he shared thus far, though.

This is not exactly a surprise, as OnePlus usually releases its main smartphone lineup in the second quarter every year. It's usually April or May, so the same will be the case with these two phones, probably.

The OnePlus 7 and OnePlus 7 Pro arrived in May, in case you were wondering. The OnePlus 7T and 7T Pro followed in September and October, respectively.

The interesting fact is that both the OnePlus 8 and 8 Pro already leaked. Both devices appeared in renders a while back, and those renders came from a reliable source.

OnLeaks is usually spot on when it comes to such information, and both sets of renders came from him. If that information ends up being accurate, we already know what the two phones will look like.

Based on that info, the OnePlus 8 and 8 Pro will look almost the same. Both devices will be made out of metal and glass, and will sport curved displays. The OnePlus 8 will be a bit smaller, though, and lack some additional sensors on the back it seems.

Both phones will sport a display camera hole in the top-left corner of the display. Bezels will be almost non-existent, and the back side of the phone will also be curved. It seems like OnePlus is aiming for a proportional design once again.

Both devices will include three cameras on the back, unless the sensor-looking cutout on the back of the OnePlus 8 Pro doesn't end up being the fourth camera. In any case, the triple camera setup on the back will protrude a bit.

Based on these renders, it's safe to say that both phones will be quite slippery. Every single glass + metal phones that the company released has been extremely slippery, and that probably won't change with the OnePlus 8 series. OnePlus will hopefully include some sort of coating on the back, to make them a bit less slippery, at the very least.

Both devices are expected to ship with the upcoming Snapdragon 865 SoC. Both will ship with Android 10, and OnePlus' OxygenOS 10 out of the box.

You can expect plenty of RAM to be included, and UFS 3.0 storage. Both devices will also include 90Hz displays. Chances are that the smaller device will feature a fullHD+ display, and not a QHD+ panel. Speaking of which, both phones will be large, but the 8 Pro will be a bit larger.