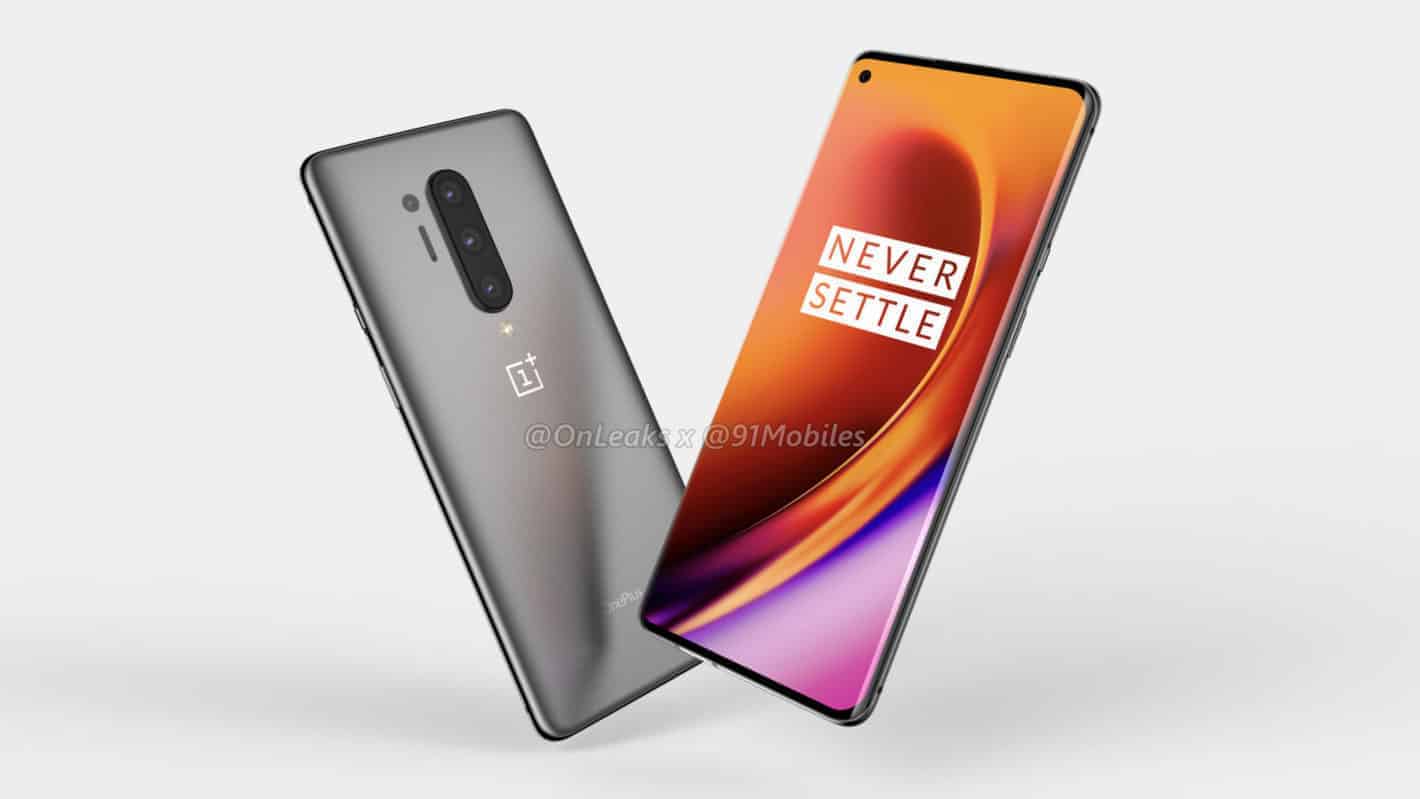 The OnePlus 8 renders appeared earlier this month, courtesy of CashKaro and OnLeaks. Well, OnLeaks has just partnered up with 91mobiles in order to share the OnePlus 8 Pro renders as well, and reveal the phone's design

If it seems too soon for these renders to be live, and accurate… well, yes, it is. That's not to say that the renders are not accurate, though. In fact, they probably are, as OnLeaks was spot on a number of times in the past.

In any case, if you take a look at the provided renders down below, you will be able to see that the OnePlus 8 Pro will look similar to the OnePlus 8.

Those of you who have been hoping to get an under-display camera on the phone, that's not going to happen. The OnePlus 8 Pro will include a display camera hole, if these renders are to be believed. That camera hole seems to be the same size as the one on the OnePlus 8, so they will probably include the same front-facing camera.

The OnePlus 8 Pro's front-facing camera will be placed in the top-left corner of its display. The phone will include a curved display, just like the OnePlus 8. So, it seems like OnePlus has no intention of introducing a OnePlus 8 flagship with a flat display. Well, unless the company opts to release three completely different devices in Q2, which is highly unlikely.

The phone's bezels are quite minimal, while its physical buttons are exactly where you'd expect them. The power / lock key is included on the right side, along with an alert slider. The volume up and down buttons sit on the left.

It resembles the Galaxy S10

The phone will be made out of metal and glass yet again, it seems, and it will be quite curvy. We can already see that it will be slippery, so brace yourselves for that. This handset actually looks like the Galaxy S10 from the front, more or less.

The source also notes that the display on the device will measure 6.65 inches, similar to the OnePlus 7 Pro's and OnePlus 7T Pro's 6.67-inch panel. It will also include a 90Hz refresh rate, as OnePlus said that all its upcoming phones will offer high refresh rates.

So, it seems like the OnePlus 8 series will not bring huge design changes, not at all. We'll get a display camera hole on both devices instead of a tiny waterdrop notch / pop-up camera. Whether that's to your liking or not, well, that's up to you.