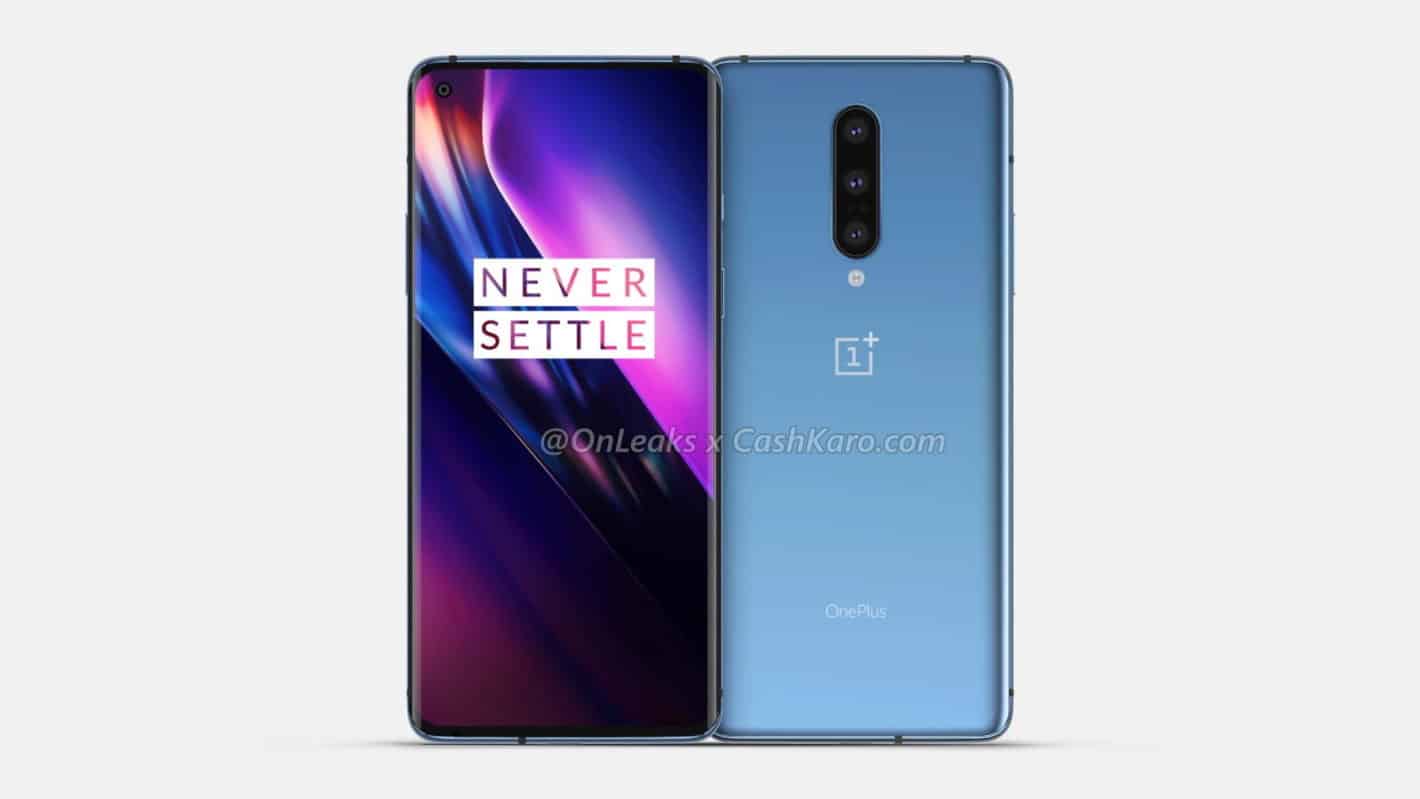 A series of new renders of the next-generation OnePlus flagship, the OnePlus 8 have now cropped up online, brought together as a composite of drawings and other information reportedly leaked out by an employee.

The renders are the result of a collaborative effort between CashKaro and OnLeaks, so there's no way to verify authenticity. OnePlus has only just launched its OnePlus 7T, following its OnePlus 7 series. That means the design ideas and drawings are likely more exploratory than final in terms of how finished they are.

But they do bear a staggering level of similarity to previous OnePlus devices. If the documentation is accurate, the design probably gives a good indication of where OnePlus is taking its next flagship.

What's in a design?

As noted above, the OnePlus 8 renders are actually a composite of engineer drawings and dimension specifications reportedly ousted from within OnePlus itself. The dimensions are said to be at 160.2 x 72.9 x 8.1mm. The camera bump — housing a triple-camera array — adds an additional 1.2mm to that for an overall thickness of 9.3mm. A flash sits just below the cameras.

Accounting for the near-bezel-free display panel at the front, that puts the screen size expectation at roughly 6.5-inch. That's a curved panel but no details are available regarding pixel density or resolution.

The rear panel is similarly curved, meeting at a smoothly rounded edge with slightly flattened edges at the top and bottom. For external buttons and ports, it's mostly the same from the previous OnePlus device. A power button and textured toggle-like switch occupy the right-hand edge near the top. A volume rocker is on the opposing edge.

The bottom contains a speaker, SIM drawer, and USB Type-C port. However, those each appear somewhat more smooth than previous iterations. OnePlus replaced the dots-shaped speaker grill too. The company appears to be using a single slim slot cutout for audio instead.

Around the front of the device, there are no mechanical camera sliders and there's no notch in the display panel. The screen reaches nearly from edge to edge. A tiny hole is in place at the top-left-hand side for the selfie camera. An earpiece presumably resides in the thin upper bezel.

Colors for the device haven't been confirmed. But the renders show two variants on an almost holo-like high-shine blue. One of those shifts from blue to black while the other moves from blue to silver. That may also only be intended to show how a single color will shift with angle and lighting.

The renders are nice but what's known about OnePlus 8?

Renders aside, there's relatively little information about what the OnePlus 8 will bring to the table. Because the company only just recently pushed the OnePlus 7T to market, that's not surprising. But there are a few details at least that have been hinted or leaked, in spite of that.

The biggest new detail that's allegedly confirmed by the same insider who leaked the images is the addition of wireless charging. Specifics about that, pertaining to charging rates or battery size, have not been provided. It doesn't look as though OnePlus will finally add the feature to the OnePlus 8.

OnePlus presumably won't unveil the OnePlus 8 until well into 2020. The company is undoubtedly going to change plenty from this initial design before the handset is finalized.