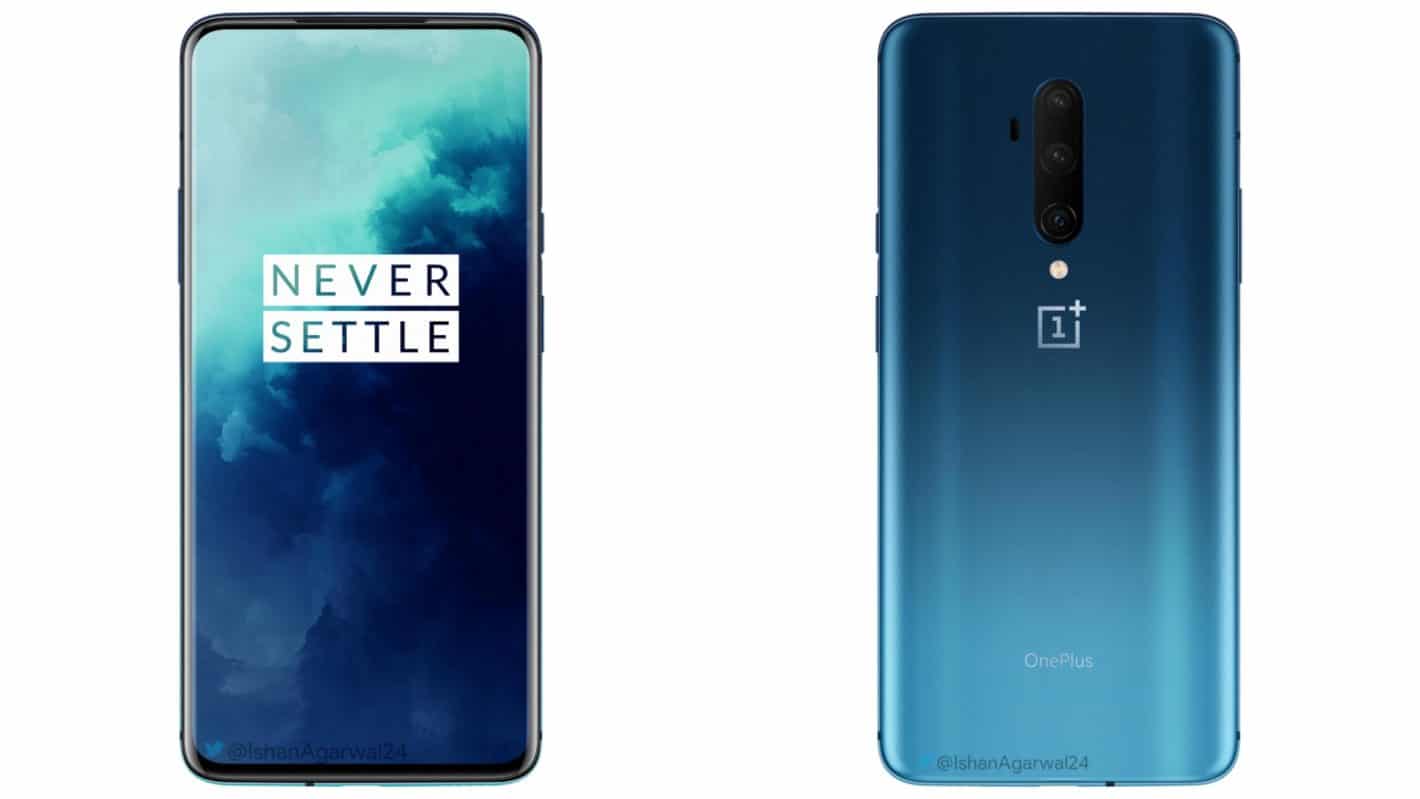 The OnePlus 7T Pro flagship is expected to arrive on October 10, and a tipster just shared some new renders. In the gallery down below, you can check out the "Haze Blue" variant of the OnePlus 7T Pro.

Before we get to that, let's first talk about the event itself. The October 10 event will be hosted in London, and will announce the OnePlus 7T series for Europe, essentially.

OnePlus had introduced the OnePlus 7T flagship on September 26 in both India and the US. The phone is not yet available in Europe, but it will become after the October 10 event. In addition to that, the OnePlus 7T Pro is expected to arrive, and the Haze Blue color will be a brand new color added to the lineup.

The OnePlus 7T Pro was actually expected to arrive on September 26, but that did not happen. OnePlus wanted to save some firepower for the October 10 event, it seems. The company already teased that there is more to come from the OnePlus 7T series, seemingly suggesting the "Pro" model is coming.

The OnePlus 7T Pro will look the same as its predecessor

The 7T Pro will be made out of metal and glass. The device will include extremely thin bezels, without a display notch or a display hole. A pop-up selfie camera will be included in the package, same as on the OnePlus 7 Pro.

The device will feature a curved display, and its display will feature rounded corners. The power / lock key will be placed on the right side of this phone, along with an alert slider. The volume up and down buttons will sit on the left.

The phone will utilize three cameras on the back, and the positioning is the same as on the OnePlus 7 Pro, it seems. OnePlus' logo will be included on the back as well, as will an LED flash.

The back side of the phone will be curved, while a 3.5mm headphone jack will not be a part of the package. A Type-C USB port will be positioned on the bottom, along with the main speaker. The secondary speaker will sit under the earpiece grille.

The phone is expected to adopt the same 6.65-inch QHD+ Fluid AMOLED display with a 90Hz refresh rate, as the OnePlus 7 Pro.

The Snapdragon 855 Plus will fuel this smartphone, while you can expect to get 8GB and 12GB RAM variants. Android 10 will come pre-installed out of the box, along with OxygenOS 10.

It remains what storage options will OnePlus offer, but it's possible we'll get 128GB and 256GB storage variants. We'll know more in a couple of days, as the phone is expected to land on Thursday.