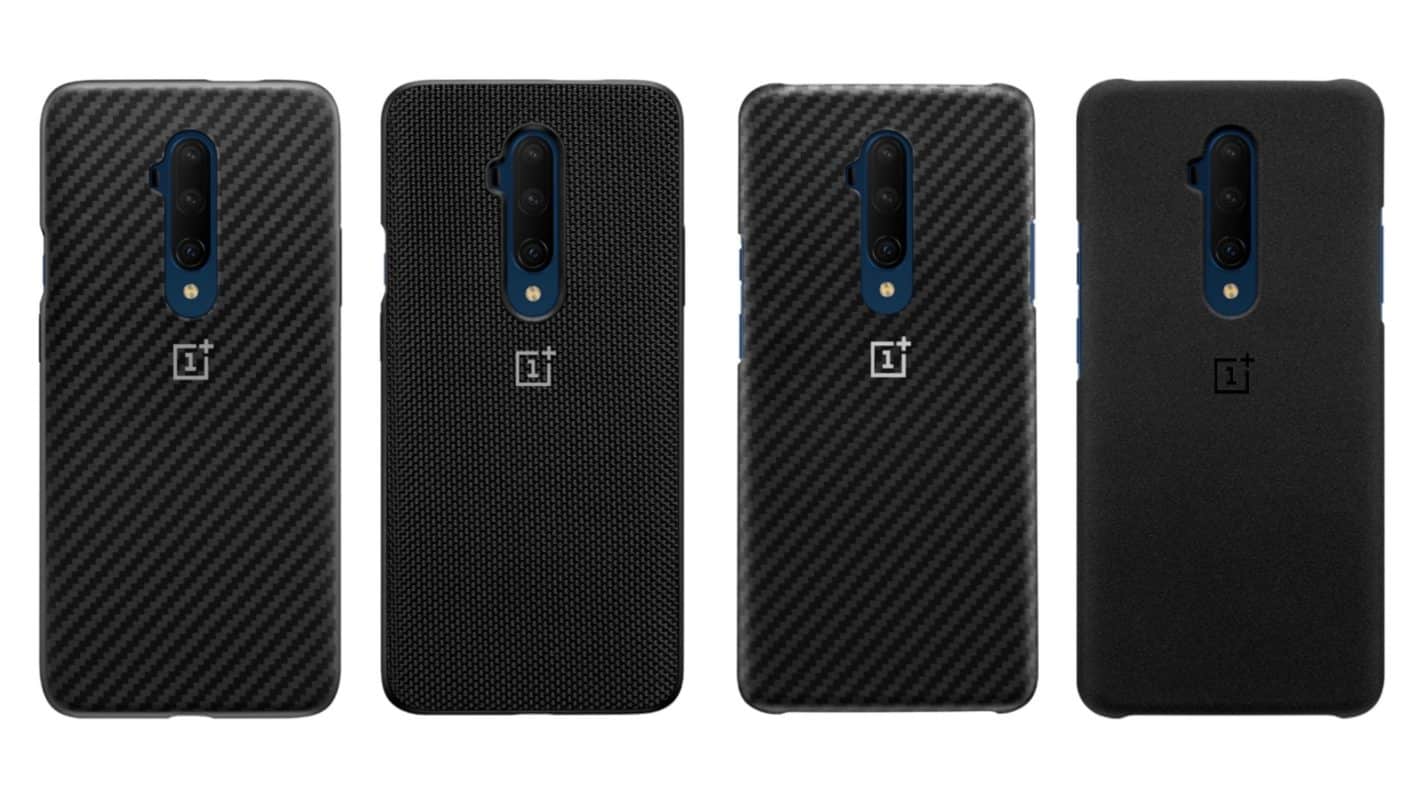 Following the 'Haze Blue' OnePlus 7T Pro renders that arrived earlier, the phone's official cases have just appeared as well. It seems like there will be four options in terms of cases when it comes to the OnePlus 7T Pro.

In the gallery down below, you will find two images. In each of those images, two cases are presented. The first image will let you take a look at 'Bumper' cases, while in the second are 'Protective' cases.

Those of you who have owned one of OnePlus' cases in the last couple of years will be right at home. OnePlus did not change anything when it comes to the case lineup, it seems. All of these cases have been available for several of the company's flagships thus far.

In the first image, you'll be able to see the Karbon Bumper and Nylon Bumper cases. In the second image, Mr. Agarwal shared Karbon Protective and Sandstone Protective cases.

Those of you who are wondering, Bumper cases offer more protection. Those cases are a bit thicker, and offer full coverage. Protective cases are minimal cases, and are opened at the top and bottom. On top of that, they are thinner.

All of those cases will offer camera protection, though, so you won't have to worry about putting your phone down on a table, or anything of the sort.

The OnePlus 7T Pro cases will arrive on the same day as the device itself. The phone will almost certainly land on October 10, during the company's event in London.

OnePlus 7T launched last month, but not in Europe

This device will look more or less the same as the OnePlus 7 Pro. The main differentiating factor will be its color, as it will be available in the Haze Blue variant. The OnePlus 7 Pro, on the other hand, arrived in a blue variant as well, the so-called Nebula Blue.

The OnePlus 7T Pro will be fueled by the Snapdragon 855 Plus. The device will adopt the same display as its predecessor, a 6.65-inch QHD+ Fluid AMOLED panel with a 90Hz refresh rate.

You can expect to get three cameras on the back of this phone, and a pop-up selfie camera. It is also worth noting that the phone's display will be curved, and that Android 10 will come pre-installed on the device, along with OxygenOS 10.