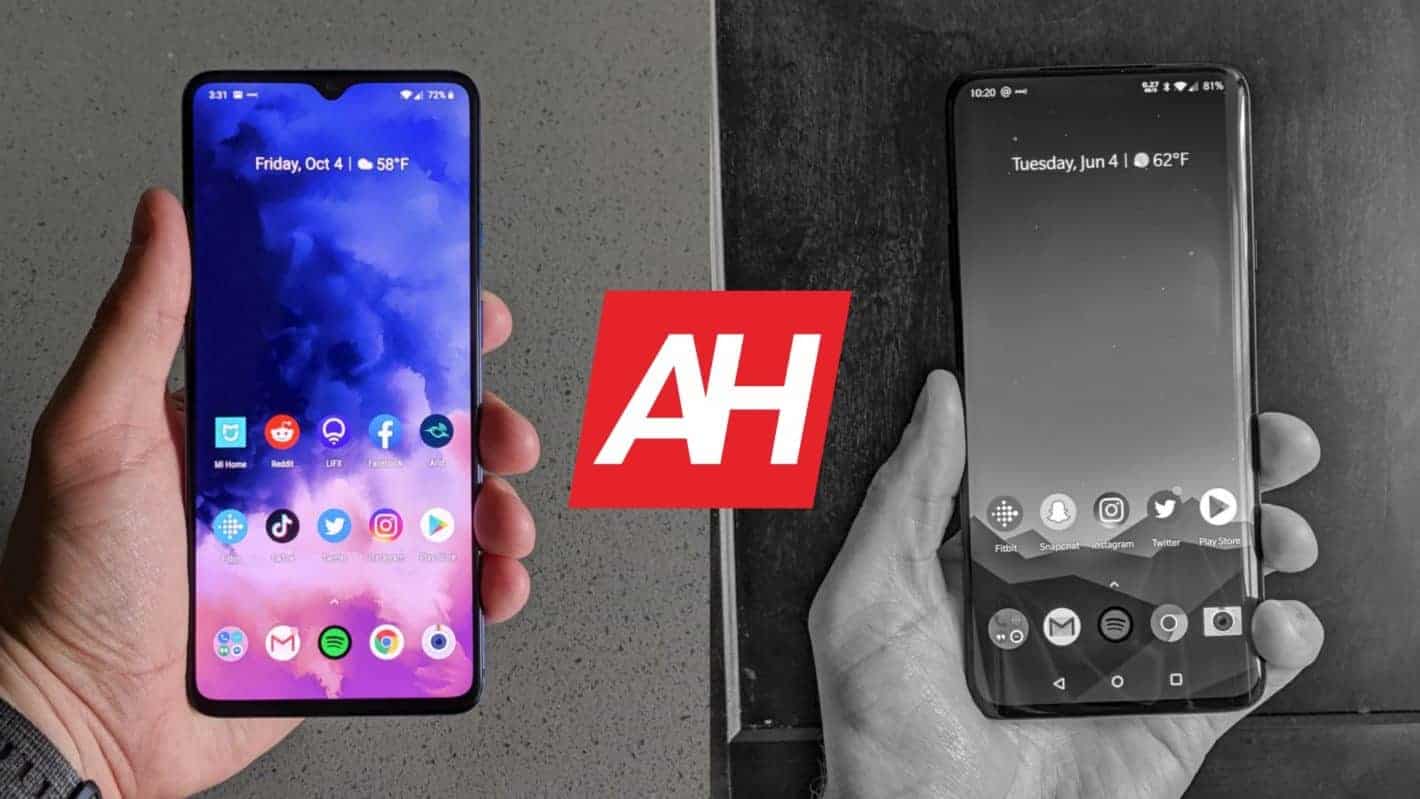 OnePlus had introduced its new flagship on September 26. The name of that device is the OnePlus 7T, and some would say that the OnePlus 7 Pro is still a flagship phone for OnePlus, not the 7T. Well, it is, kind of. We'd actually say that these two phones are on the same playing field, actually.

The OnePlus 7 Pro does offer a more appealing design still. It also has that high-res curved display which appeals to consumers more, while the OnePlus 7T includes "only" a fullHD+ panel. We'll talk more about their displays soon, as there's more than meets the eye here.

The OnePlus 7T, on the other hand, has a more powerful SoC than the OnePlus 7 Pro. It also utilizes the OnePlus 7 Pro's camera, plenty of RAM, and so on. All in all, both of these phones are flagship-grade, and that's really not what we're here to discuss.

We're actually here to talk about why the OnePlus 7T is a better purchasing option than the OnePlus 7 Pro. There are a number of reasons, in our opinion, so we'll list them all down below. Just to keep this list straight to the point, we'll focus on five main reasons why, that immediately come to mind.

It's easier to use with one hand 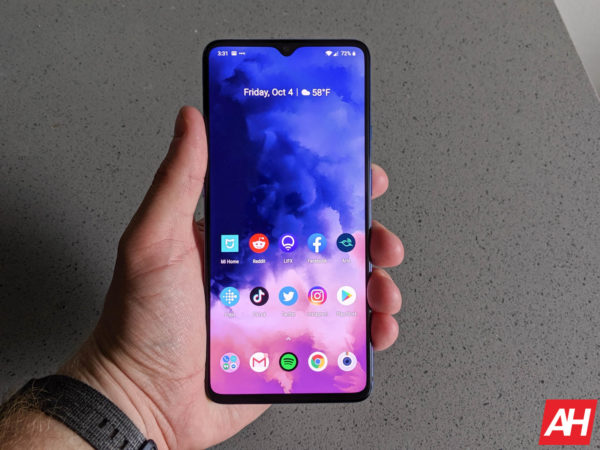 On top of all that, the phone features a flat display, which also contributes to ease of use. Doing hand gymnastics with a curved display, on a large phone no less, is quite a feat. Chances that you'll press something by accident are extremely high. That especially goes for smartphones that are also slippery at the same time, and the OnePlus 7 Pro definitely is.

It has a flat display

We've mentioned that the OnePlus 7T has a flat display already. Well, that is actually something that deserves a special category, in my opinion. Now, it's true that phones with flat displays are easier to use with one hand, we've already covered that in the last paragraph, but that's not the only reason why it's a good thing OnePlus opted for a flat display here.

Glare on curved displays is not something to disregard, at all. The OnePlus 7 Pro is not an exception to that rule, at all. In daylight, you'll notice quite a bit of glare on the edges of the display, where it curves. That goes especially if it's sunny outside, you don't even have to be in the sun. It's a problem even when it's cloudy, in fact.

The fact is, curved displays are not practical at all. They do not serve some important purpose, other than the fact they look really good. Those curved panels are great for promo materials, but not great for users. Sure, some people prefer them, but I'd take a flat panel with a 2.5D curved glass on top of it anytime, over a curved display. 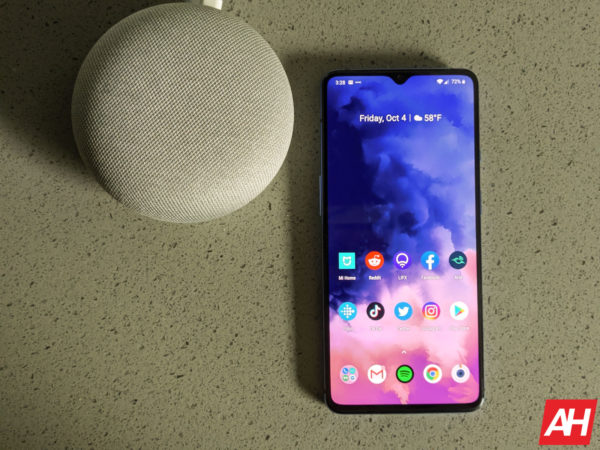 To add more fuel to the fire, a recent technical test proved how great the OnePlus 7T's display is. That display managed to beat the Galaxy Note 10+ panel in all categories except "Resolution Clarity". The OnePlus 7T beat that display in Color Temperature, Max Brightness, Color Accuracy, and Gamma categories. The Galaxy Note 10+s display is considered to be one of the best in the business, so that says a lot.

It offers a spec bump

If you take a look at the display resolution, the OnePlus 7T does not really represent a spec bump. Not at all. In others, however, it does. The phone is fueled by the Snapdragon 855 Plus, the latest flagship SoC from Qualcomm. This processor is a bit more powerful than the Snapdragon 855 which is included in the OnePlus 7 Pro. That SoC also offers some gaming benefits to consumers.

The OnePlus 7T ships with Android 10 out of the box. Truth be said, the OnePlus 7 Pro did get this update already, but it does not ship with it pre-installed. You also won't have to deal with a motorized selfie camera setup on the OnePlus 7T. There is a small notch, true, but it's extremely small, and many people would make that tradeoff. 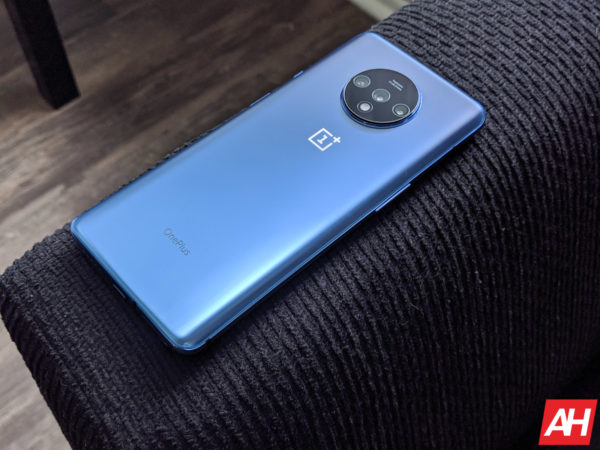 The bottom line is, even if these two phones cost the same, the OnePlus 7T may be worth getting for the reasons we've mentioned. The OnePlus 7 Pro doesn't have a feature that outshines the OnePlus 7T, which is a testament to the OnePlus 7T.

Advertisement
Advertisement
Trusted By Millions
Independent, Expert Android News You Can Trust, Since 2010
Publishing More Android Than Anyone Else
7
Today
122
This Week
401
This Month
4384
This Year
105861
All Time
Advertisement