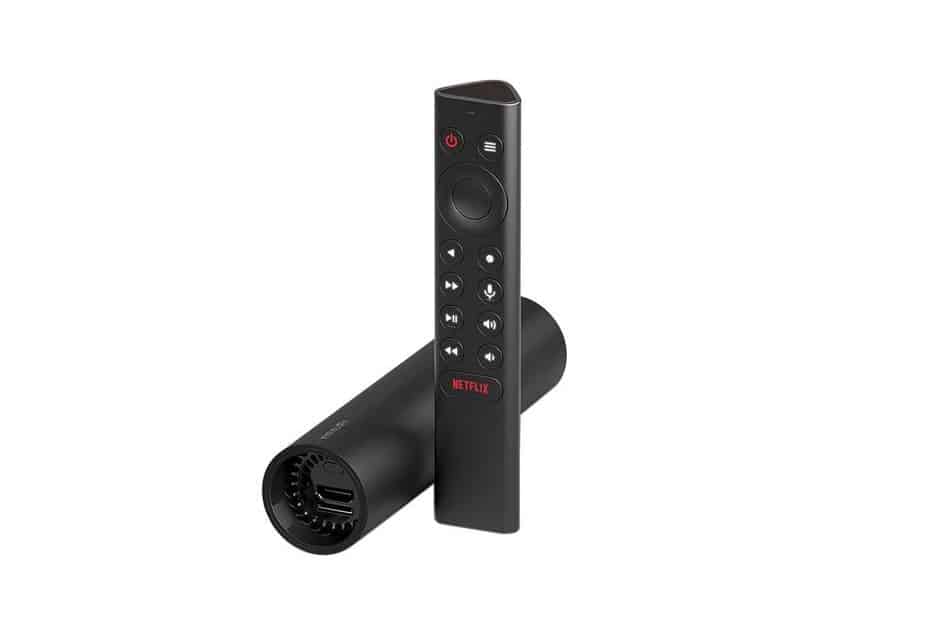 The NVIDIA SHIELD TV "stick" has now leaked. Although it appears to be more of a tube than a traditional TV stick.

This follows on from a fairly substantial SHIELD TV Pro Amazon leak.

This latest model is expected to launch soon and as a more affordable 2019 SHIELD Android TV device.

There had been suggestions a new SHIELD TV "stick" was coming. With the device being a stick, many assumed it to be a dongle-type device. One that's similar in shape and design to the Roku and Fire TV stick(s). That now appears not to be the case.

A Newegg listing has surfaced showcasing what is simply referred to as a "NVIDIA SHIELD TV 4K HDR Streaming Media Player."

While the title alone does not give much away about the design, the pictures certainly do. Instead of a dongle, this SHIELD TV device appears to be a TV tube.

One of the reasons for the less than usual design is its emphasis on being a more discreet set-top box compared to the SHIELD TV Pro.

The listing specifically draws attention to this point, stating "the new SHIELD TV is compact, stealth, and designed to disappear behind your entertainment center."

In spite of the unusual shape and design, the actual SHIELD TV here is very similar to the Pro model. It too comes with the new NVIDIA Tegra X1+ processor and Dolby Vision.

The similarities even extend to the remote. It became clear in the previous leak that the remote was the biggest design change. The 2019 Pro remote is not only larger, but also comes with even more features, including a built-in locator. The standard SHIELD TV tube detailed here comes with the same remote.

It's worth noting that the two devices are not completely the same inside as there are some differences that will further factor into the price difference. For example, the SHIELD TV tube only comes with 8GB storage, while the Pro model is equipped with 16GB.

Speaking of the price, that's one of the things that noticeably absent from this listing. Which is a shame considering that's likely to be one of the more interesting and determining differences between the two devices.

For reference, the SHIELD TV Pro that briefly appeared on Amazon was listed with a $199 price tag. It was also listed as shipping on October 28.

A date that suggests an official SHIELD announcement is only days away.