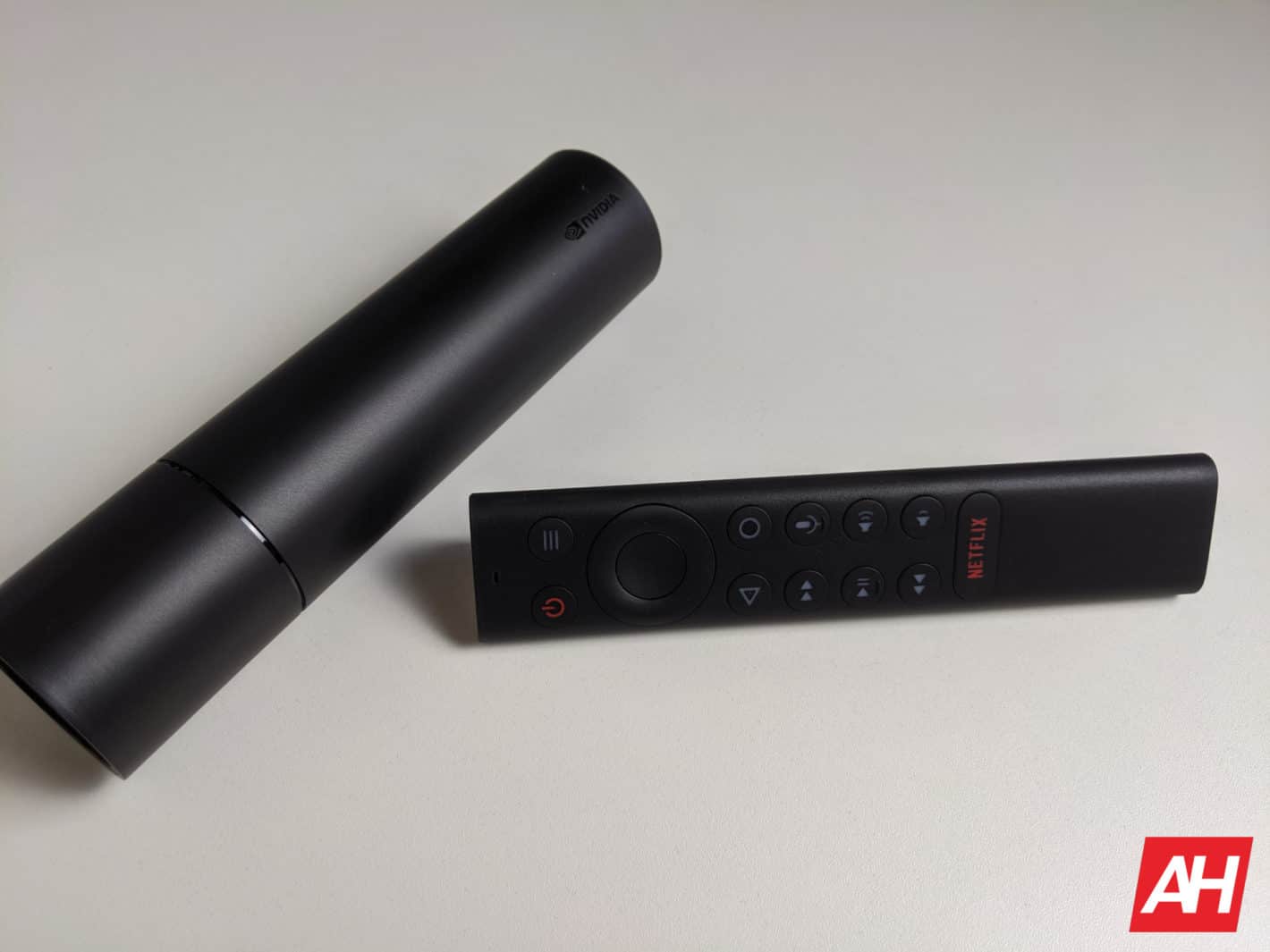 In fact, NVIDIA has two new Android TV streaming players. One is the all-new SHIELD TV with its cylinder shape, while the "Pro" model is more of a traditional SHIELD.

The former is designed with everyone in mind, while the latter targets those looking for the best in class performance and specs.

It might seem like an age since the first SHIELD TV device arrived and yet in spite of only one revision between now and then, SHIELD TV remains the most powerful streaming device on the market.

It is presumably this lack of competition that has led NVIDIA to opt for a less traditional SHIELD device this time around. As the all-new SHIELD TV is not specifically aimed at the same market the previous ones were. Instead, the all-new SHIELD is all about giving the user a reliable SHIELD experience, but one that's buried within a device that's easy to hide from view.

In SHIELD talk, it's a very small device.

Yes, there are similar small devices that look to do the same thing. Most notably, the "TV stick" but even they are not quite as hidden away as the all-new SHIELD TV is. While the new SHIELD is bigger than your average TV stick, it's been designed to blend into the cable chain as if it is part of the cable. That's the level of thinking that's gone on here with the new SHIELD TV.

The design is not the only improvement either as the all-new model does come with Dolby Vision and AI-Enhanced upscaling. Both of these are designed to offer an improved viewing experience.

Gaming on the other hand is a different story. While you can game on the all-new SHIELD, that purpose is better-suited to the other SHIELD device.

If the all-new SHIELD TV is the Android TV player for everyone, the new SHIELD TV Pro is specifically for the existing SHIELD customer base, or consumers like them. It is for those that know the SHIELD is a powerful device.

In fact, NVIDIA even refers to the Pro version as one that's "built for enthusiasts." As this is the true newer version, the design has not changed much compared to the previous versions.

For example, the Pro model is the only new SHIELD device that supports Plex Media Server. It is also the model that's been designed with advanced gaming in mind. Add to that, the Pro model comes with 3GB RAM and 16GB storage. While those figures are the same as the previous models, they are very different to the all-new SHIELD's 2GB RAM and 8GB storage.

The new SHIELDs are priced, accordingly

The specs are not the only difference between the two new SHIELD TV players as price is also significant. That is, at least compared to each other as both versions are somewhat expensive when compared to other devices aimed at their respective markets.

While the all-new SHIELD is now technically the entry-level SHIELD, it is still launching with a $149.99 price tag attached. That already makes it fairly expensive compared to the majority of the streaming players in the market, let alone their entry-level counterparts.

The remote is the real upgrade here

Regardless of which 2019 SHIELD TV you opt for, you get the same remote. That matters as the remote is arguably the biggest upgrade.

NVIDIA has drastically changed the remote with the newer version capable of doing far more. To name a few of the features, the new remote includes voice commands, dedicated volume, power, and fast-forward/rewind/pause/play buttons, and a lost locator feature.

This is in addition to motion-activated backlit buttons and a move to AAA batteries.

While the remote is certainly a reason to buy the new SHIELD on its own, it's not going to be the only reason. NVIDIA has confirmed the new SHIELD Remote works with all SHIELD TV products and will be available to buy later in the year.