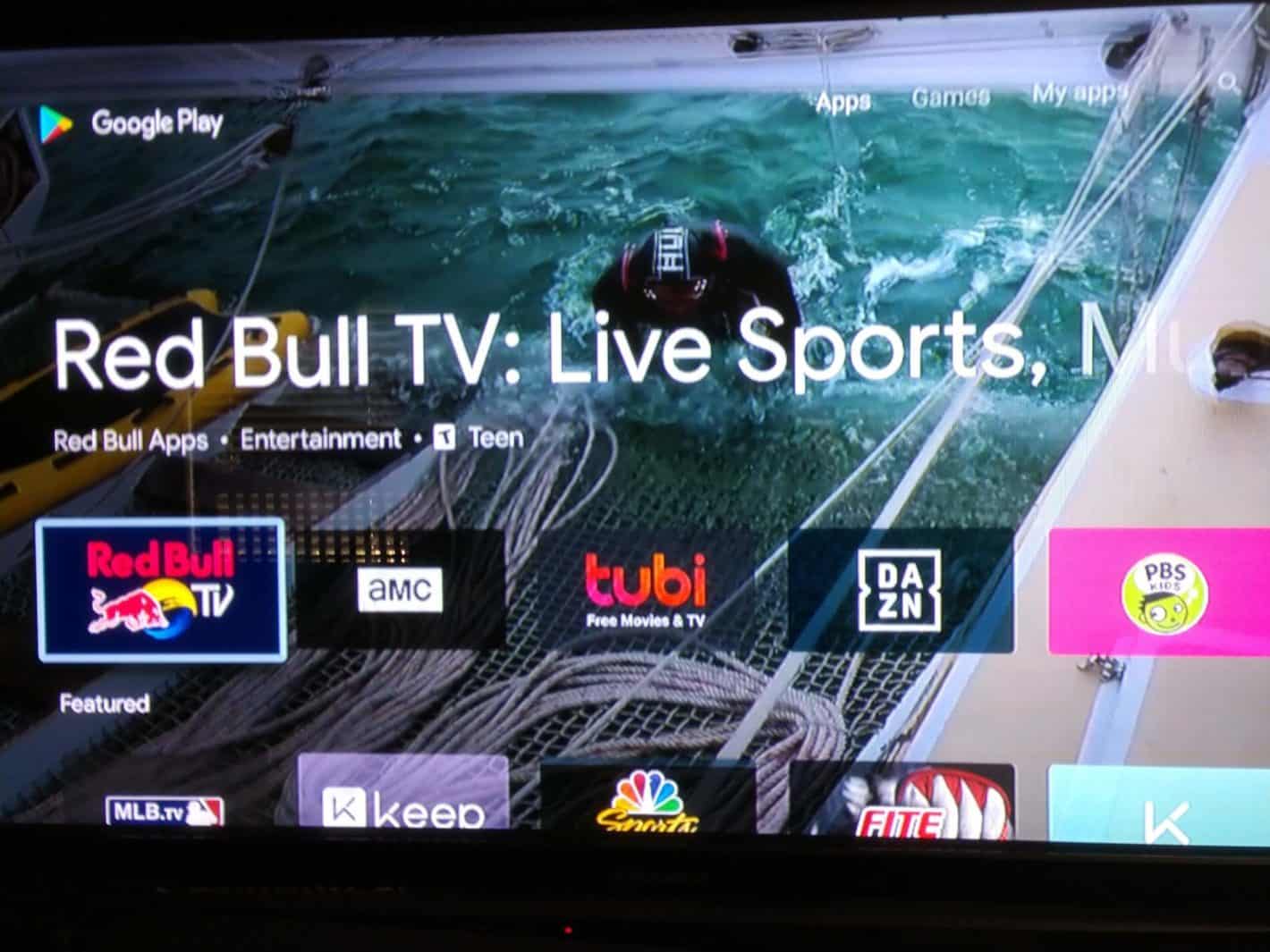 The new Play Store design for Android TV now appears to have started rolling out.

Officially, there's been no word on the rollout but some users are already seeing the new design as live.

This is the same new Play Store promised by Google during I/O 2019.

A new design for Android TV

The first spotting of the updated Play Store came via Reddit a few days ago. Along with the posting came the images you can see above and below.

Following the last update, the Android TV Play Store was a little on the generic side. You would just move through the small app cards and click on any of them to get a better understanding of the app, view screenshots and so on.

For reference, here's what the current (old) Play Store on Android TV looks like.

Compared to the newer and more intrusive design.

It is this better understanding part that seems to be beneath this latest redesign. For one thing, while the cards are still in use the app listings are now far more intrusive. Moving through each app listing essentially sees that app overtake the interface completely.

As part of this more intrusive design, it seems each app will also come with an autoplay video in the background. This is not that surprising as the use of videos as previews is something Google has been trying to do with the Android TV home screen for some time.

Either way, once a user navigates through the apps shown, the apps will come more to life than before. Presumably, this more engaging approach is aimed to further entice the user to also engage. In other words, download the app.

This more lively design is not just for the app pages either as Google has also reworked the more mundane pages, such as the Settings.

With the new-look settings, the emphasis on individual icons has been replaced with a list view. Arguably, this is designed to make better use of the space. The older design not only took up a lot of space for a single setting, but also required more time/clicks to actually change a setting.

When will I get the new TV Play Store?

When any particular user will get the new Android TV Play Store design is the major unknown at the moment. While it does appear as though the new Play Store has started rolling out, it doesn't look like a very wide rollout.

Following the surfacing of these images on Reddit, 9to5 Google did receive a confirmation that the update will roll out over the "next few weeks" to Android TV devices.

Be warned, the same Google confirmation also indicated the new Play Store won't be coming to all Android TV devices. Although, it should hit most.