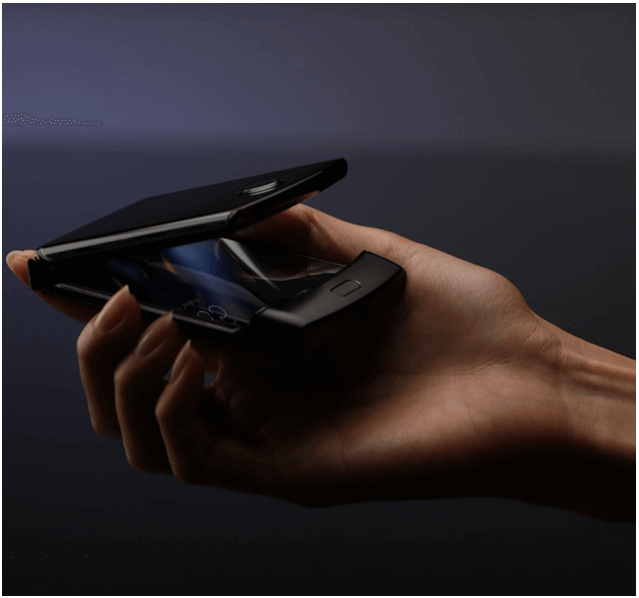 The foldable Motorola Razr will apparently be revealed on November 13. The Dutch site Mobielkopen supposedly managed to get its hands on some official-looking but low-quality images of the Moto Razr. The renders provide a good look at the company's first foldable phone.

As rumored, the 2019 Moto Razr seems inspired by the original flip phone. Except of course it now sports a bendable screen. Per the images, there is a lone rear camera sensor at the back of the phone.

On the front bottom side, you can see a raised lip, which presumably houses a fingerprint scanner. We aren't so sure if this design will be aesthetically pleasing when the phone is in its unfolded state. It may look like it has a giant, protruding bottom bezel and it remains to be seen how it will fare on the ergonomics front.

The Alleged Moto Razr Folds Better Than The Galaxy Fold

Unlike the Galaxy Fold, the Moto Razr shown in the images shuts flat. That casts a little doubt over the credibility of the images as such a design is apparently not possible right now. At least the display maestro Samsung wasn't able to achieve it and it's a little hard to believe that Motorola cracked the code.

After all, the company is barely getting by. It might still be one of the top smartphone makers in terms of sales, but shipments have been declining. In fact, the company doesn't even make proper flagships anymore. So if the images are actually legitimate, full points to the manufacturer for this breakthrough.

The images aren't exactly clear, so it's hard to make out all the details. The inner display seems to imply this will be a Verizon exclusive phone in the U.S., as rumored before.

However, since the phone doesn't fold out into a tablet, it doesn't seem to offer any utility over conventional smartphones, unlike the Samsung Galaxy Fold. Of course, the outer display can come in handy when you need to check the time or notifications, but that's about it.

Specifications Of The Handset Are Mid-Tier

As for the specifications of the phone, it will apparently be fueled by the Qualcomm Snapdragon 710 SoC and the Adreno 616 graphics chip. It will reportedly be available in two storage configurations: 4 GB + 64 GB and 6 GB + 128 GB. The battery will supposedly have a capacity of 2,730 mAh.

The main screen will be a 6.2-inches OLED panel while the outer display is tipped to have a resolution of 600 x 800 pixels. The secondary display will apparently have limited functionality.

Granted, these aren't top of the line specs. But then there seems to be a bigger picture here. Although the Galaxy Fold and Huawei Mate X boast an impressive technical sheet, they are quite pricey. This means they aren't within the reach of an average consumer.

The Moto Razr, on the other hand, is expected to cost $1,500. Of course, that is still a high price for a smartphone, but not for a foldable one, if you count out the Royole FlexPai.

Thus, if the upcoming Razr looks anything like these renders and the display folds fine, Motorola might have a winner on hand.