The number of downloads for Mario Kart Tour has sky rocketed over the last few weeks.

According to a new report and data shared by Sensor Tower, the game has sped past 123 million downloads (123.9 million to be exact) in its first month. This is by no means a small accomplishment.

Especially considering the success (or lack there of depending on who you ask) of some of Nintendo’s other mobile games.

Many have scoffed at the idea of Nintendo’s gold pass for Mario Kart Tour. Despite what your own feelings are on the subject though, it hasn’t stopped the game from being popular. 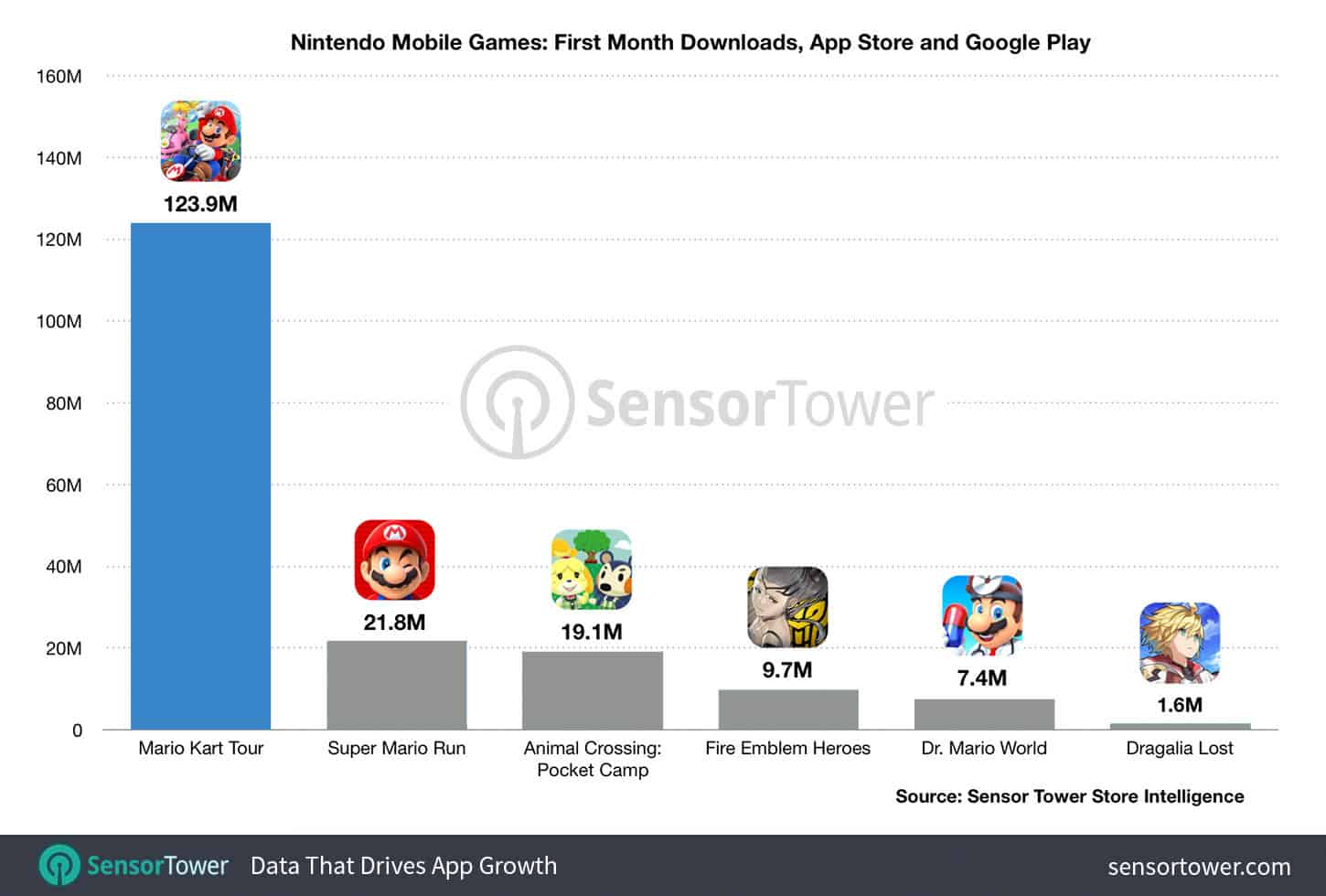 Pokémon GO is another good example, having reached 163 million downloads in its first month. The better comparison to make here though is with Nintendo’s other mobile games.

It’s second-most successful title by comparison within the first month is Super Mario Run. This had a fraction of the same download numbers, reaching 21.8 million.

It’s worst performing is Dragalia Lost, having only reached 1.6 million downloads in the first month.

The game has also generated $37.4 million in player spending

Player spending in the game within that same first 30 days has brought in $37.4 million. For those unfamiliar, the player spending is coming from the in-game purchases, since Mario kart Tour is free.

There’s no data to show how much of this was from the gold pass, but it’s highly likely that a significant amount of it was.

Also worth noting is that the revenue values are counted from the game’s worldwide release, which was on September 25, 2019.

By the numbers, Nintendo has a massive success on its hands with Mario Kart Tour. Will it continue to pull in tons of revenue, and will the download numbers keep rising?

Maybe. Chances are there will be some falloff for those playing as the weeks and months go by, but not in droves. The game, despite it having some hiccups with micro transactions (which people obviously seem fine with spending money on), is fun. Nintendo knows it, and the players know it. And that’s why it’s doing so well.