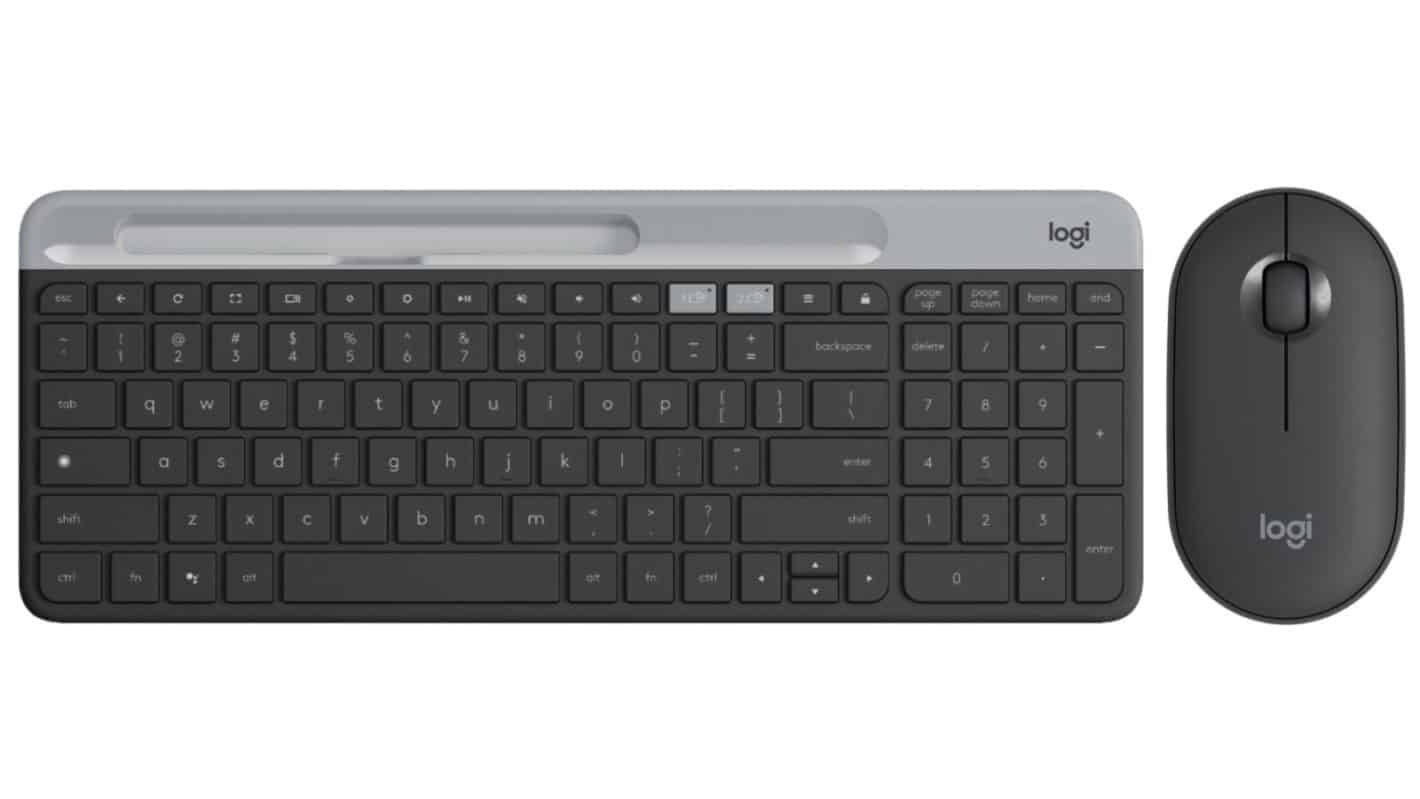 Logitech has taken the opportunity afforded by Google's Pixelbook Go launch to reveal a new keyboard and mouse designed to use with Chrome OS. Dubbed the Logitech K580 Slim Multi-Device Wireless Keyboard, ChromeOS Edition and M355 Portable Wireless Mouse, the new gadgets can be used with any Chromebook. Each also syncs up wirelessly with or without the included USB adapter.

Both devices are designed to be as compact as possible without losing comfort. They are simultaneously engineered to deliver on Logitech's long-standing reputation for high-quality accessories.

The new Chrome OS keyboard can last up to 36 months. That's with an included an auto-sleep feature that kicks in when the keyboard isn't in use. While there isn't any backlighting, Logitech designed the keyboard to be ergonomic and to be useful across use cases. The shape of the gadget raises its back edge and there's a cradle at the top built to hold a smartphone.

Since this is a Chrome OS keyboard, all of the expected keys are in place, including the Google Assistant button that's typically reserved for Pixel-branded keyboards. For those who need more productivity, a number pad and 15 FN-shortcut keys are part of the build. Using a feature called Logitech Easy-Switch, users can switch to using the keyboard to type on their phone and connect up to three different devices at the push of a button.

Logitech's new mouse, conversely, has its own battery-saving features and lasts up to 18 months with a single AA battery. It comes packed with high-precision optical tracking that's suitable for use on just about any surface. Logitech engineered its mouse with ergonomics in mind too. Not only does the "pebble" shape make the Logitech M355 mouse more portable. It also means it fits more comfortably in-hand for a better all-around experience.

Both the new Logitech K580 keyboard and M355 mouse put portability and comfort high on their respective priorities list. But both have another hidden feature that will make them equally useful either on the go, at home, or at the office. Namely, both are designed to be incredibly quiet.

With the Logitech Chrome OS keyboard, that's thanks to scissor-switch-mounted keys that are slim and laptop-like, according to the company. They're also "whisper-quiet" compared to the majority of competing keyboards.

The mouse takes things further. Logitech says that's undergone a design process that's resulted in as much as a 90 percent noise reduction. While Logitech doesn't go into detail about how that was accomplished, it says the mouse buttons also retain their solid 'clicky' feel. Meanwhile, the rubber scroll wheel is similarly designed to glide effortlessly but completely silently.

With either new device, that means there's no need to draw unwanted attention or distract others regardless of where the devices are used.

Both products are set at a cost that should move plenty of product. The new Chrome OS keyboard ships for just $49.99. Logitech priced its M355 mouse quite a bit lower at just $29.99. Both ship in a Graphite color. But the cradle section of the keyboard and its device-switching keys are colored differently to make them easier to find. Both are marked out with a light grey hue.