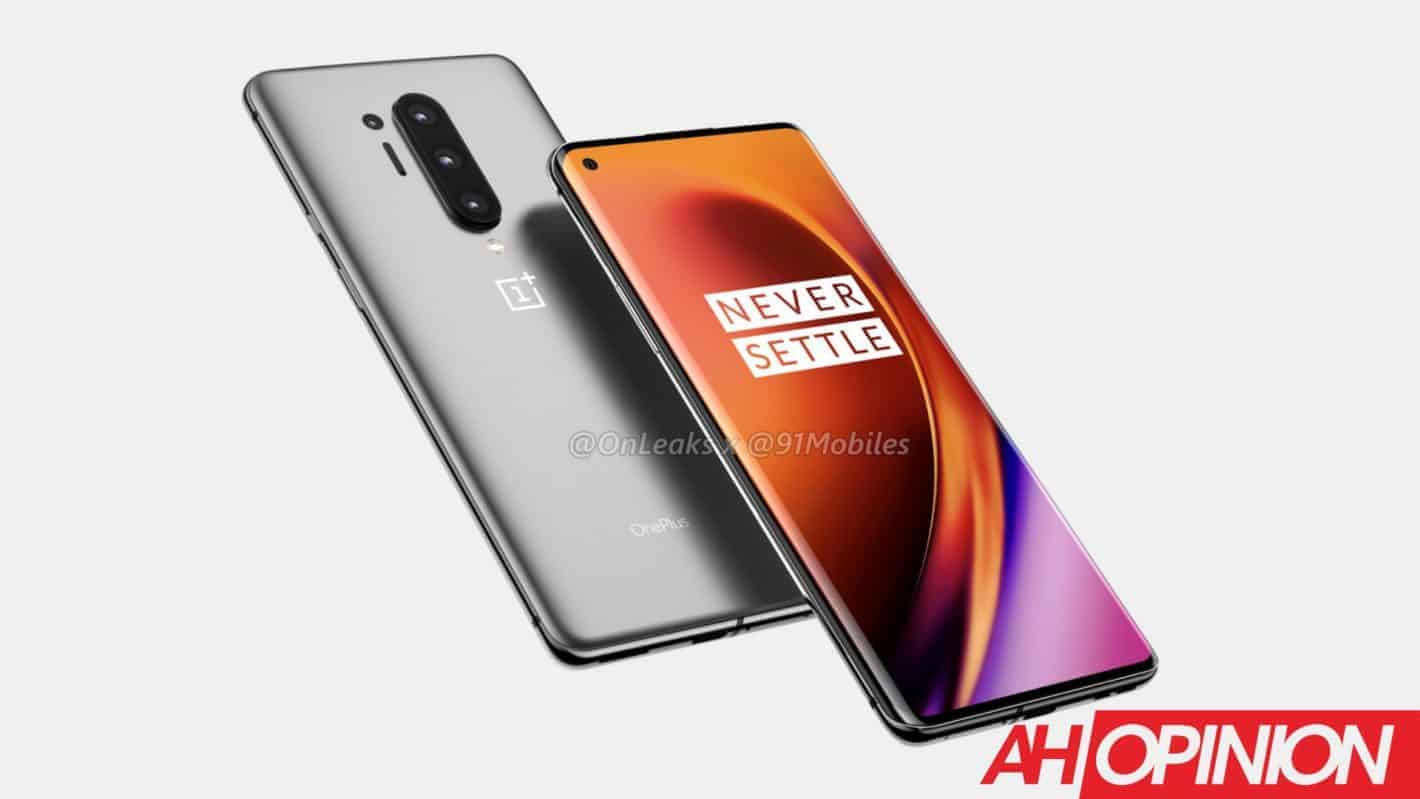 I have been a OnePlus user for years now. I’ve been using the company’s phones ever since the OnePlus 3T, and really do like their products. I’ve personally owned the OnePlus 3T, 5, 5T, 6, and 7 Pro. In addition to that, I’ve had a chance to use several other devices that the company released, briefly. All in all, I have a pretty good grasp of both the company’s hardware and software, and have, for the most part, enjoyed my experience thus far. Software that OnePlus includes on its phones is always my favorite part of their devices, but I liked the design as well, for the most part.

As most of you know by now, both the OnePlus 8 and OnePlus 8 Pro leaked already. If it seems like it’s too early for that, it sure is, but that didn’t stop OnLeaks. The tipster partnered up with some websites to reveal the design of the OnePlus 8 and 8 Pro. Based on those leaks, the OnePlus 8 series will resemble the Galaxy S10, at least from the front. The two phones will look almost completely identical, while they will be very similar in terms of size as well. Based on those leaks, both OnePlus 8 phones will include curved displays as well.

So, many people would say that those two phones look really good based on those renders. Well, I’m not one of them. There are several reasons why I don’t like what I’m seeing, but the most important part is that display camera hole. I’ve been avoiding phones with such setups thus far for several reasons, so let’s get into it.

Out of all OnePlus-branded phones I’ve owned, the OnePlus 6 annoyed me the most. The phone ran perfectly fine, I had no issues with it regarding that, but its notch was a sore point. The OnePlus 6 definitely did not have the largest notch I’ve seen, not at all, but it was annoying nonetheless. I can only imagine how much would the Pixel 4 XL’s notch would annoy me, or one from more modern iPhones.

The moment I powered on the device I hid away that notch using the software. That actually helps in dim environments, as it blends in with the display, but during the day, it’s noticeable. Those smaller, waterdrop / dewdrop notches really did not annoy me that much. I had a chance to use the OnePlus 7T briefly, and OnePlus did a great job with the notch there. Its notch is even smaller than the one on the OnePlus 7, and I got used to it fairly quickly. 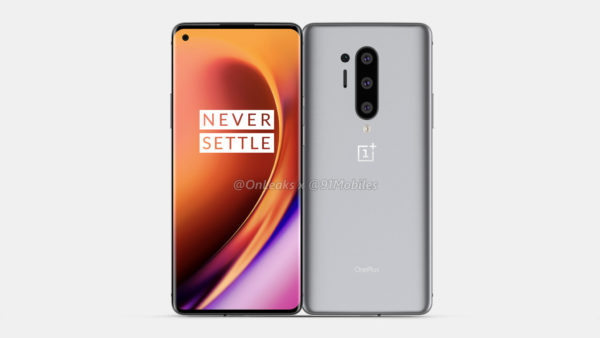 I’ve tried watching content on the Galaxy S10 and S10+, and it’s just a horrible experience for me. That hole is noticeable, and quite annoying. All in all, most people probably won’t have issues with it, but for me personally, I don’t really see the point. Meizu had released the Meizu 16T flagship yesterday, and that phone offers great design, much more appealing than the OnePlus 8 is expected to offer, at least in my opinion. It has really thin bezels, and yet the company managed to squeeze in a front-facing camera above the display. Its top and bottom bezels are slightly thicker than those on the Galaxy S10, and the same can be said for these upcoming OnePlus 8 phones, but only barely. I still do believe that the Meizu 16T design should be the way to go, at least as far as looks are concerned, build materials are a different topic entirely.

Both OnePlus 8 devices will be quite large, unfortunately

This year, OnePlus opted to release two phones in May, and two devices in September / October. All those phones are quite large, there’s no way around it. I don’t see a point in that. Samsung, Apple, and Google all released more than one flagship device at a time, and offer considerably different sizes. Why can’t OnePlus do the same? Well, I don’t know, nor do I understand it.

The OnePlus 7’s dimensions are 157.7 x 74.8 x 8.2mm. The 7 Pro is even larger with 162.6 x 75.9 x 8.8mm. The OnePlus 7T is slightly taller, slightly narrower, and slightly thinner than the regular OnePlus 7, while the OnePlus 7T Pro offers the same dimensions as the OnePlus 7 Pro. This, in my opinion, doesn’t really make sense. Many manufacturers are pushing large devices, that is true, but why not offer a smaller flagship if you’re already releasing two high-end phones? 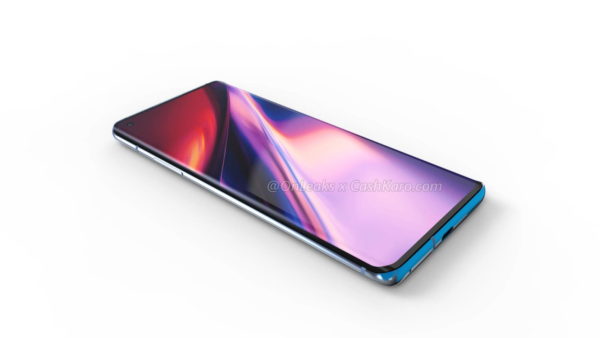 OnePlus did release the OnePlus X, which was considered to be a smaller phone back in the day. However, that was a mid-range phone, and didn’t sell all that well. Perhaps OnePlus though that it didn’t sell well because of its size as well, or something of the sort. Well, that’s probably not true. I would love to see a smaller flagship phone from the company, which is the same as the top-of-the-line one, but smaller. In other words, a phone which does not have many sacrifices in comparison to its larger sibling.

I really hoped that OnePlus will do something like that in 2020. If these leaks are to be believed, however, that won’t be the case. Truth be said, OnLeaks did say that the OnePlus 8 will be narrower than the OnePlus 7, 7T, 7 Pro, and 7T Pro, but it will be really tall. The smaller OnePlus 8 handset is said to measure 160.2 x 72.9 x 8.1mm (9.3mm with a camera bump). I don’t consider that to be small or compact, not at all.

I currently own the OnePlus 7 Pro, and I like that device quite a bit. I do have some complaints, of course. As with basically any glass phone out there, it’s very slippery. The same will be the case with the OnePlus 8, it seems. This device would be difficult enough to handle if its display was flat, but with a curved display, it’s nearly impossible to use it without a case. That is especially true if you’re using it with one hand, as its size comes into the equation.

I have used quite a few large phones that are made out of metal and glass, though most of them featured flat displays. Those devices were much easier to handle than the OnePlus 7 Pro, that’s for sure. One might say why don’t you just use a case. Well, I do, as I can’t use the phone without it, considering how slippery it is. I don’t like the fact I have to use a case, though. Cases make phones even bulkier, which is not my goal. I found an extremely thin 0.3mm case which I use with the phone, as I don’t prefer to use skins. Skins may be a solution for some of you, though, as they will make the phone less slippery.

Huawei did a nice job with the Mate 30 Pro in terms of design choices, and OnePlus should take a hint on one thing, build materials. Huawei introduced special edition ‘Vegan Leather’ Mate 30 Pro devices, which come with a leather back. I would love to see something like that from OnePlus, at least one variant that offers such materials on the back. Such grippy backplate would make the device a lot easier to handle, that’s for sure.

The OnePlus 8 and OnePlus 8 Pro will probably be really great devices. I’ve enjoyed the company’s phones, for the most part, especially their software. OnePlus does a great job when it comes to software. That is the main reason why I keep coming back to it. I do believe that OxygenOS reigns supreme in the Android world at the moment. That was the case in the last couple of years, in my opinion, even when compared to software on Google’s Pixel phones. 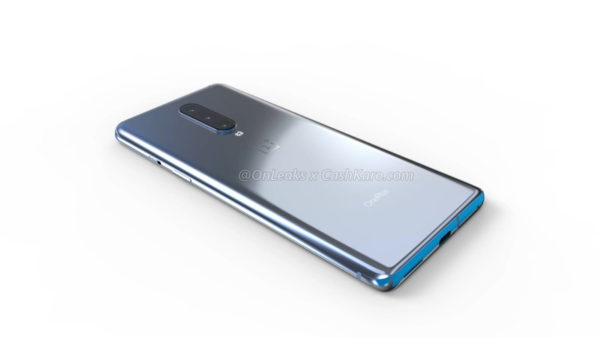 I didn’t even mind all that much when the company opted to include a pop-up camera in one of its devices. I don’t use selfie cameras (in general) all that often, almost at all, so it doesn’t bother me. That move allowed the company to avoid notches and display camera holes. This next OnePlus flagship probably won’t be for me, either of them, mainly due to the design. I may stick with the OnePlus 7 Pro for a bit longer, and go a different direction, we’ll see.