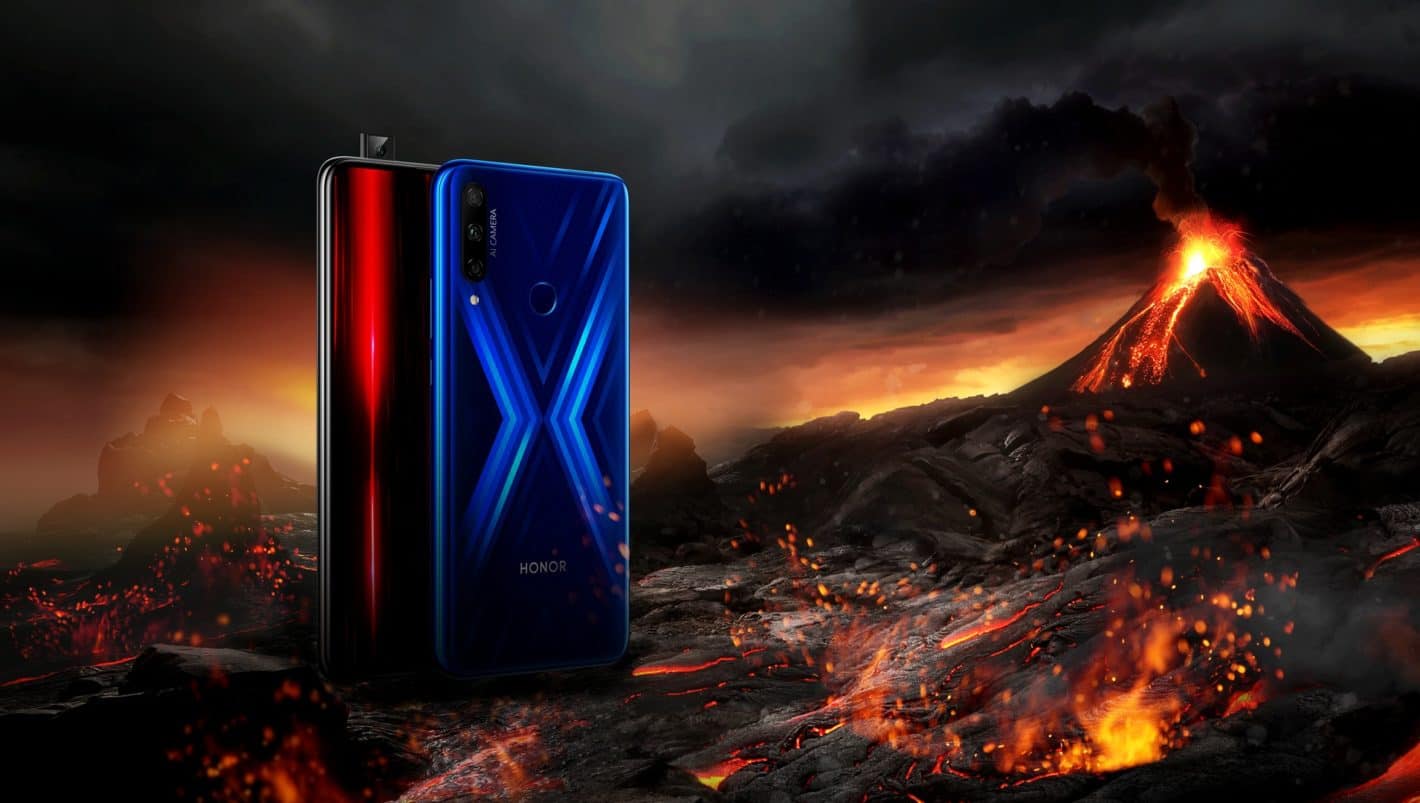 The HONOR 9X got announced back in July in China, and we were wondering when will it arrive to other markets. Well, that has just happened, as the company has announced the phone on a global scale today.

This is a mid-range smartphone, in case you didn't know that. HONOR says that the HONOR 9X will be priced at RUB18,990 ($298) in Russia, and that it will become available to pre-order from October 25.

That pre-order date applies for Russia, while other markets will follow soon after. HONOR did not say when exactly will it launch in other markets, though. The device is expected to arrive to various markets in Europe, but the US sanctions towards Huawei may be an issue for HONOR, we'll see.

If not for such issues, this phone would have probably arrived soon. It has been three months at this point since it was announced originally.

The HONOR 9X comes with extremely thin bezels, and it is made out of metal and glass. This phone actually utilizes a pop-up camera, to keep its bezels as thin as possible.

The device's 'chin' is definitely the thickest bezel on this phone, but it's not much thicker than the rest of them. There are three cameras included on the back of this phone, and a side-facing fingerprint scanner.

That fingerprint scanner pretty much doubles as a power key. The volume up and down buttons sit on that side as well. The phone's back is curved on the sides, while the 'HONOR' logo sits back there as well.

The phone is fueled by the Kirin 710F 64-bit octa-core processor, while EMUI 9.1 comes pre-installed. The device offers a 4,000mAh battery, which supports 5V/2A charging.

In addition to the global variant of the HONOR 9X, the company also introduced the HONOR Band 5 Sport fitness tracker. It features a 6-axis motion tracking sensor. On top of that, the HONOR Sport Pro Headphones were also mentioned by the company. These headphones will become available in Europe soon.