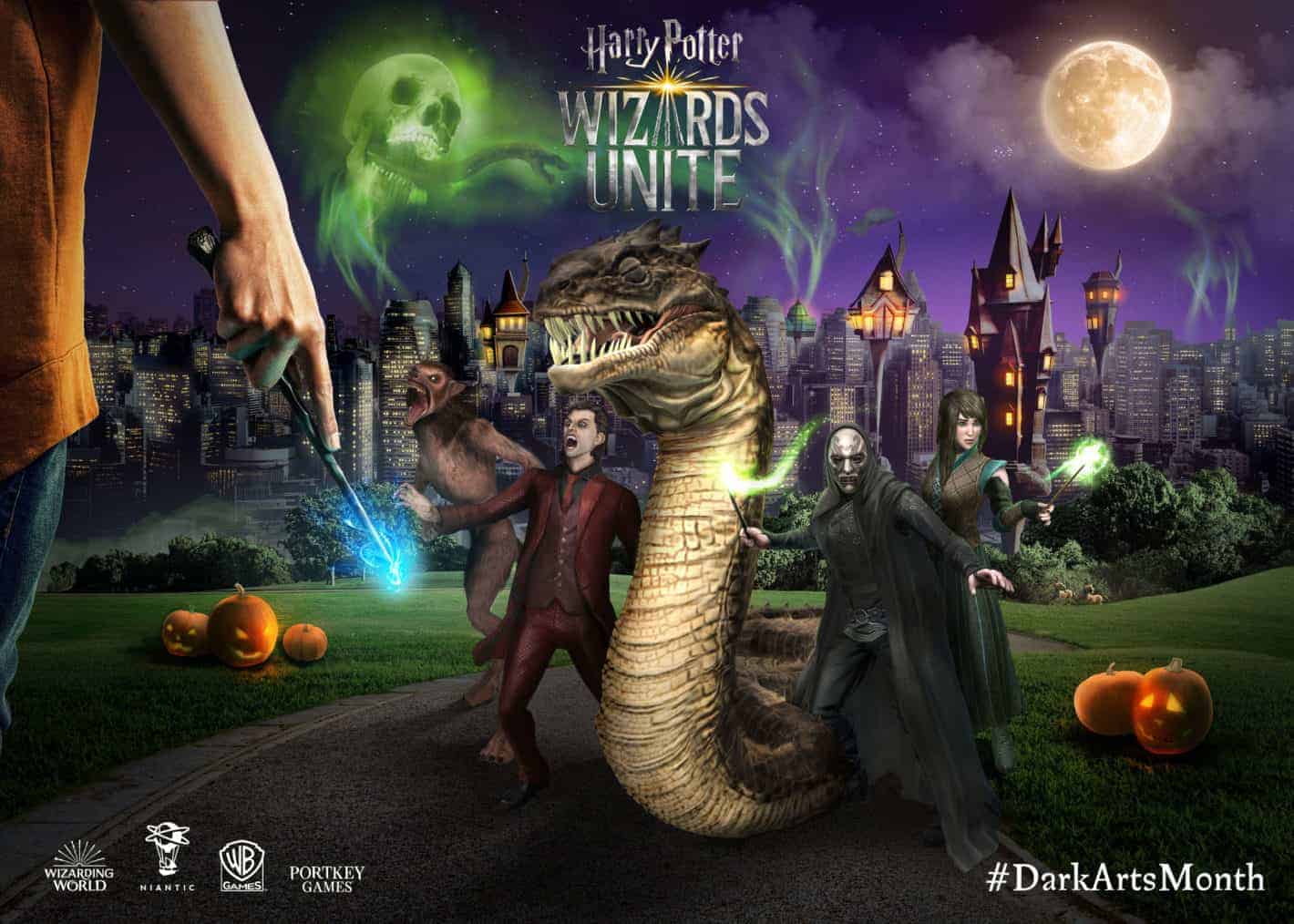 For October Harry Potter Wizards Unite is getting a Dark Arts event.

The whole rest of the month will be considered Dark Arts Month and as part of the event players will have access to all sorts of spooky happenings.

Once the event kicks off tomorrow, players will have from then until October 14 to participate in part one. Included in this first phase of in-game activities is a Fighting Forces Brilliant Event.

During this smaller event within an event of sorts, players will have a new quest to undertake. This quest will require them to face off against an escaped Azkaban prisoner as well as a Brilliant Death Eater.

Additional enemies to fight will be added into the game the following week, on October 19. This will be part of the game's Community Day, similar to what Niantic does for Pokémon GO.

During this time, players will be able to stumble upon monsters like vampires, werewolves, and Doxy Oddities. These will all be showing up more often than normal within the game.

Since this is a Community Day event though, it will only be happening till the end of day on October 19.

Part 2 of this month's event starts on October 22

Starting on October 22 and continuing till October 28 will be the Fighting Forces Brilliant event part 2.

During this week of the Dark Arts Month, players will be able to fight a Brilliant Sirius Black and a Dementor. It's not mentioned how often these will be showing up in the game during this phase, but it'll likely be pretty often.

Rounding out the Dark Art Month event players will have one more spooky-themed encounter set for October 31. On Halloween Day, there will be an exclusive quest for players.

There isn't a whole lot of detail on what the quest will include but it will give players limited-time rewards.

There will also be a dark arts-themed wizarding challenge fortress chamber to enter. Just like with Community Day this will be available for one day only, which means players will have to login on this day to participate or lose out on the special rewards.