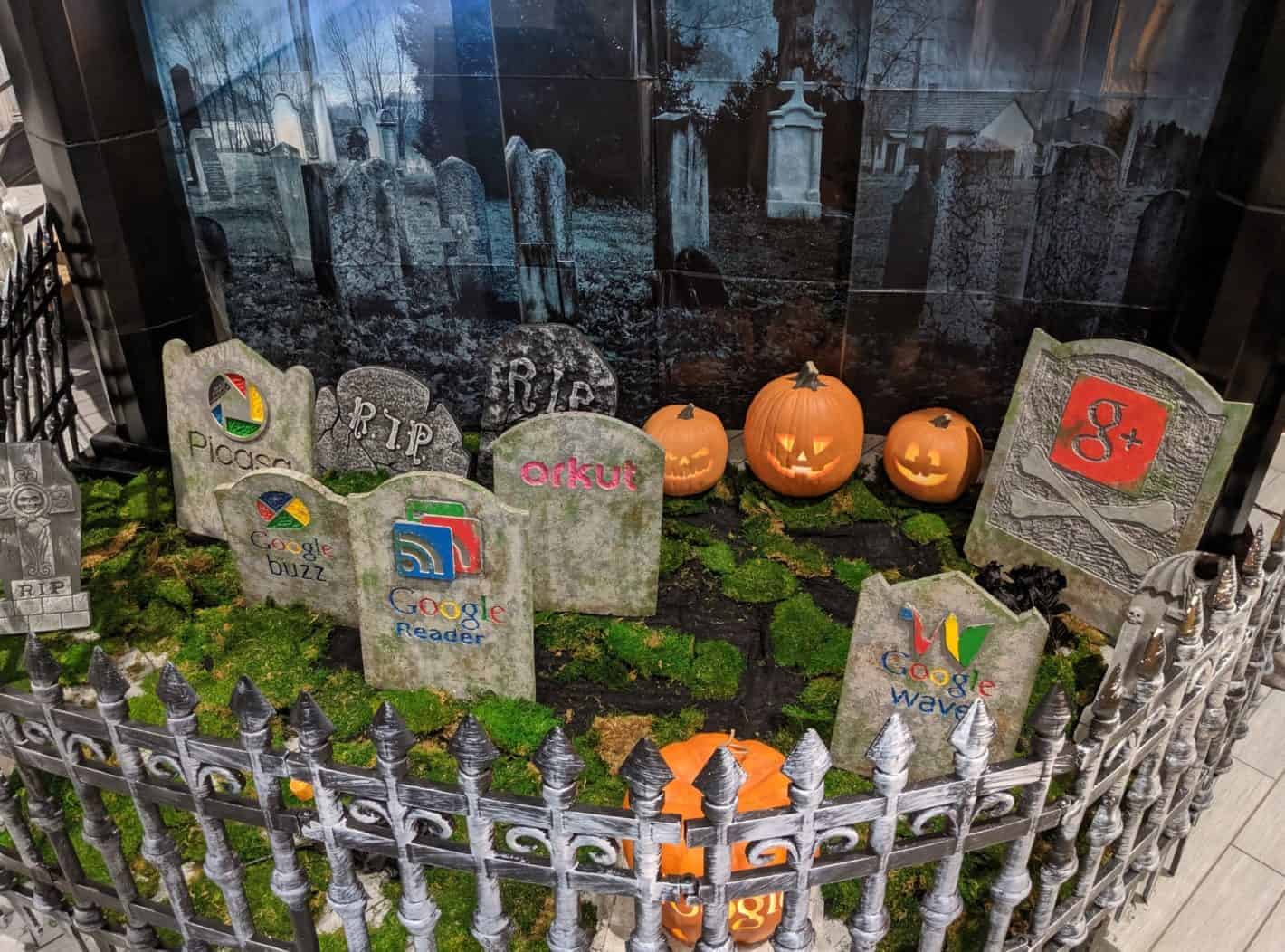 Google has constructed a spooky Halloween display for the products it's killed off. Perhaps as a way to celebrate the upcoming holiday, or perhaps as means of remembrance. Perhaps a little bit of both.

In a twitter post from earlier this afternoon, Dana Fried who works at Google's Seattle campus posted an image that shows depictions of Google's dead products displayed on tombstones.

All surrounded by pumpkins and a grisly backdrop. As well as a couple of tombstones that read R.I.P.

The image was accompanied by a short message which says "not sure whether spooky or just sad?" Tis' the season, with Halloween just a few weeks away. And what better way to kick off the scariest holiday of the year than with a display of dead things?

Obviously this is just a lighthearted joke from the folks at Google while getting into the spooky spirit. Anyone who has used most of Google's products since Google came to be is probably familiar with the company's tendency for killing some of them off.

Some of them are more successful than others before they meet their demise, no matter how untimely they may seem. Among the dead are some of the more popular services Google used to offer, such as Reader and Picasa.

And then there's some of the less popular (not to be confused with unpopular per se) like Google+ and Google Buzz. To their credit, each service had its own number of followers, and they were loved by someone, even if they weren't all massive successes.

The remaining two tombstones can be seen depicting the logos of Google Wave and Orkut.

Wave for the unfamiliar was a product Google offered for real-time collaboration between colleagues. Orkut meanwhile was a social networking website, not too unlike Google+ but before Google+ was a thing.

Google has its traditions. At its main headquarters in Mountain View the company puts up a new statue to represent each new version of Android. Usually they look like the dessert that's associated with the version number.

This year though the statue is just a big number ten, as Google got rid of using dessert names with the version releases starting with Android 10. Maybe this Halloween display at the office in Seattle could be a new tradition.

With a new tombstone being added for additional well-known products that Google may get rid of in the future. All things come to an end, so it would be naive to think Google would never have another product that it puts down.

If that time ever comes, this seems like a good way to honor the memory of what they once were. Plus it's festive.

Not sure whether spooky or just sad? pic.twitter.com/E8uvavkuQf