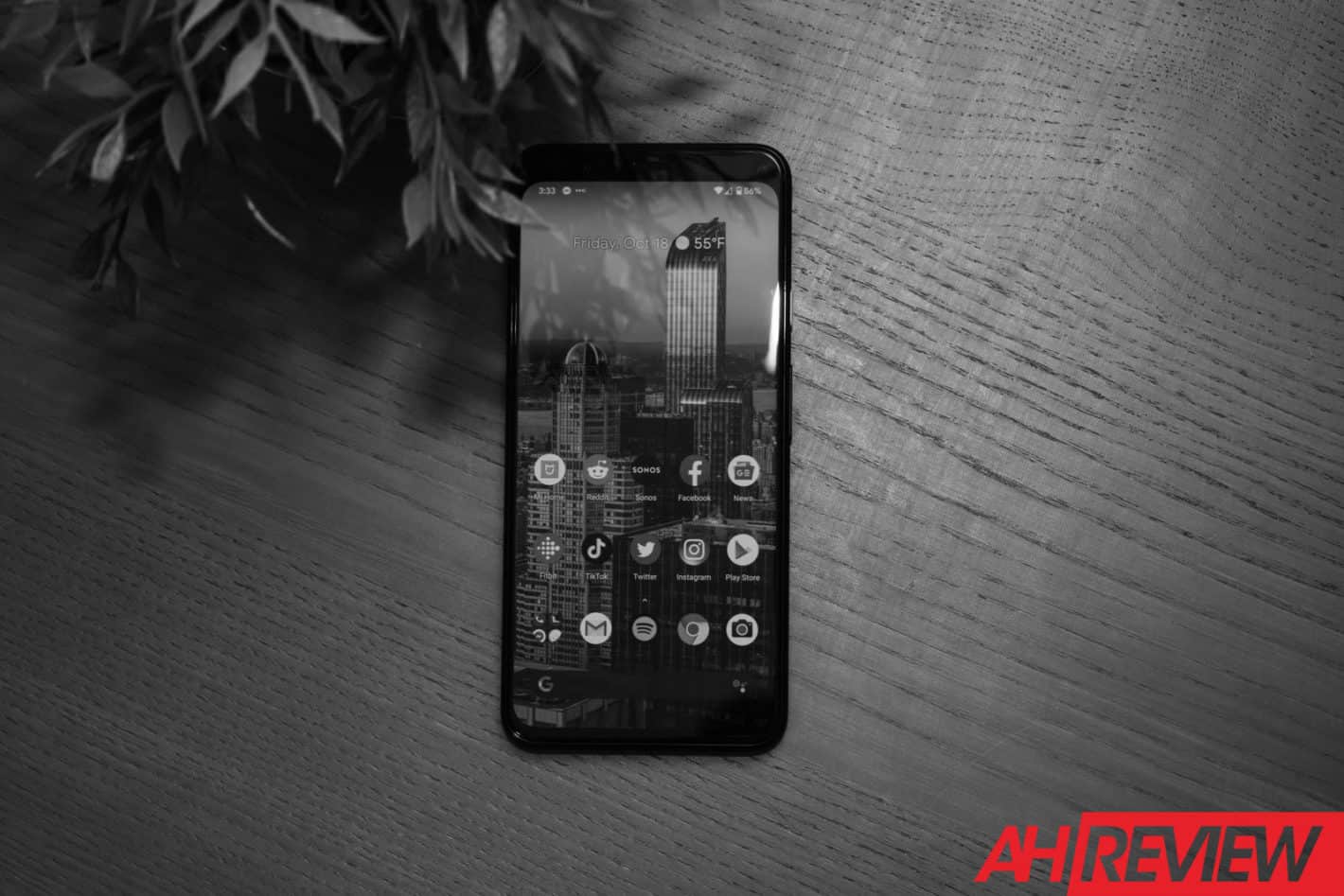 Pixel 4 is a big improvement over its predecessor, but that was a pretty low bar.

The Pixels have had a pretty troubled past, especially the Pixel 3 XL. Which was littered with issues, especially after launch. The Pixel 4 is a chance for Google to start over, with this phone cycle and fix these problems. But where they able to do it? We know it’s not going to be a perfect phone, but is it good enough to spend $800 on? Let’s find out. This is our “bad review” of the Pixel 4.

The camera is missing something

The camera is most notably missing an ultrawide lens. Google said that it thinks that a telephoto lens is more important. This is after Google added an ultrawide lens to the front of the Pixel 3 and Pixel 3 XL last year. Google admitted that ultrawide is fun, but that telephoto is more important. And it sort of is. Telephoto allows Google to do better zooming with its Super-Res Zoom feature it debuted last year.

The other thing that it’s missing is 4K60. That’s 4K video shot at 60fps. This option would give you some very smooth video recording out of this camera. But it doesn’t look like Google is focusing on video quality just yet, with its smartphones. It’s been focusing solely on the photo quality. But as Made By Google SVP, Rick Osterloh noted, their video does still get high marks. So it’s not that it’s bad, it just could be even better.

Overall, the camera isn’t bad, in fact I’ve been singing its praises. But Google could have done so much more with this camera, and made it even better. Oh well, there’s always the Pixel 5 next year.

Google added Face Unlock to the Pixel 4, thanks to the Soli chip that’s included. And that’s cool and everything. But it also removed the fingerprint sensor. That’s not cool.

What this means is that any app that you could log into with your fingerprint, now you can’t. There’s no new API for using Face Unlock for authentication either, like there was for fingerprints after the Nexus 6P gained a fingerprint sensor a few years ago. Which means that this isn’t going to be changing anytime soon.

As someone that uses Lastpass to login to everything, not having a fingerprint sensor is a big deal. Not to mention, I now need to use my actual password to login to my bank apps as well. It’s really inconvenient, and could be a reason not to get the Pixel 4.

And Face Unlock isn’t even that secure. Now Google isn’t using just the front-facing camera like many other smartphones are, for facial recognition. It’s using a variety of sensors on the front of the phone, that is supposed to make it more secure. But that doesn’t seem to be the case. As it can still unlock for you, with your eyes closed. That is a really big deal actually. As it means anyone could take your phone, use your face to unlock it and be good to go. That’s super unsecure. Google will likely change this though, in future updates, but as for now, it is very unsecure and shouldn’t be used.

This only makes the fact that there’s no fingerprint sensor, an even bigger deal. And that’s another one of the problems for the Google Pixel 4.

The Pixel 4’s small battery capacity is quite worrisome

We can’t test the standard Pixel 4, since we have the Pixel 4 XL, but from what we’ve heard from others that do have it, it doesn’t look good. The Pixel 4 XL has okay battery life, it’s not going to win any awards for it, but it does last throughout the day and then some. The Pixel 4, however, will not.

You’d think that with Google adding in a 90Hz display, that’s going to use more juice, it would have upped the capacity on the Pixel 4. Especially since it has more room, since the fingerprint sensor is gone. But nope. It actually went down. Google hasn’t even given us a good reason as to why it decreased.

Not the prettiest smartphone of 2019

Google has never really had flashy smartphones. It usually keeps to a rather utilitarian design for its smartphones, even going back to the Nexus days.

It did do a pretty big redesign on the Pixel 4 this year. Dropping that two-toned backside, was a big part of that design. But it’s still not the prettiest smartphone released this year. For some, that could prove to be an issue, as they may want something that looks stunning, like the Aura Glow Galaxy Note 10+. But I’m betting this isn’t going to be an issue for most people.

Though the issue that most are likely to complain about, is going to be those bezels.

Google did add thicker bezels to the Pixel 4 this year, including a pretty massive forehead at the top of the phone. This forehead does include the Soli chip, as well as the earpiece/speaker, and front-facing camera. The good thing is that Google did not opt to do a huge notch this time around, like it did with the Pixel 3 XL. But that top bezel is not symmetrical with the bottom bezel, which looks a bit odd. Some people might not be able to get past that.

Finally, there’s the fact that the black model is a glossy black instead of a matte black. This is weird since the other colors are matte and not glossy. White and orange are matte, matching the frame. The glossy backside of the black model is not a good look. In fact, at the Google event, we noticed that only the black one had a reflection on it, while the others did not – when taking photos of all three colors side-by-side.

So the main speaker is now on the bottom, next to the USB-C port. While the earpiece is still the secondary speaker. Google also made it more balanced. Now, would front-facing stereo speakers sound better? Of course they would. As they are going directly to your ears, versus a downward-firing speaker. That’s what puts the speakers on the list of Google Pixel 4 problems.

The other issue with these speakers is that there is still no Dolby Atmos support. I can’t, for the life of me, figure out why Google is not embracing Dolby Atmos. If you’ve used a phone that does have it – the Galaxy Note 10+, OnePlus 7T, or really any other phone – then you know why. But it would make the speakers louder, more crisp and provide a much better video watching experience.

In 2019, you can’t sell a phone with 64GB of storage as the baseline model. Apple does it, and we give them crap for it, so we have to do it for Google too. Especially with how good this camera is, Google wants to limit us to just 64GB of storage.

We were okay with this on the Pixel 3, because we had the unlimited original quality Google Photos backup. But that has been taken away on the Pixel 4, for some reason. Meaning that if you want to back up your photos in original quality, you need to use your own storage and likely buy more. Otherwise, it’ll be downsized to 1MB size and uploaded for free. That’s fine for sharing on social media and such, but if you want to print some of these pictures out, it’s not going to look great.

There is a 128GB model available, but it’s another $100, which is pretty crazy too. It does not cost $100 for Google to double the store – it costs pennies actually.

Because the iPhone 11 is priced at $699, it makes the Pixel 4 look overpriced. Now, Google is offering a $100 gift card at pretty much every retailer that is selling the Pixel 4, which brings it down to that $799 price tag. But the iPhone 11 still looks better at $699 right now.

If you can get around the price and the battery capacity on the Pixel 4 series, then it’s actually a pretty good phone to pick up. There are some issues with it, but none of them are really dealbreakers. There isn’t a perfect smartphone out there, so it’s not surprising that there are issues here.

There are many reasons not to buy the Google Pixel 4, and some of these problems may be a bigger deal to you than me. That all depends on what you want or need from your smartphone. But this is a pretty solid device from Google.