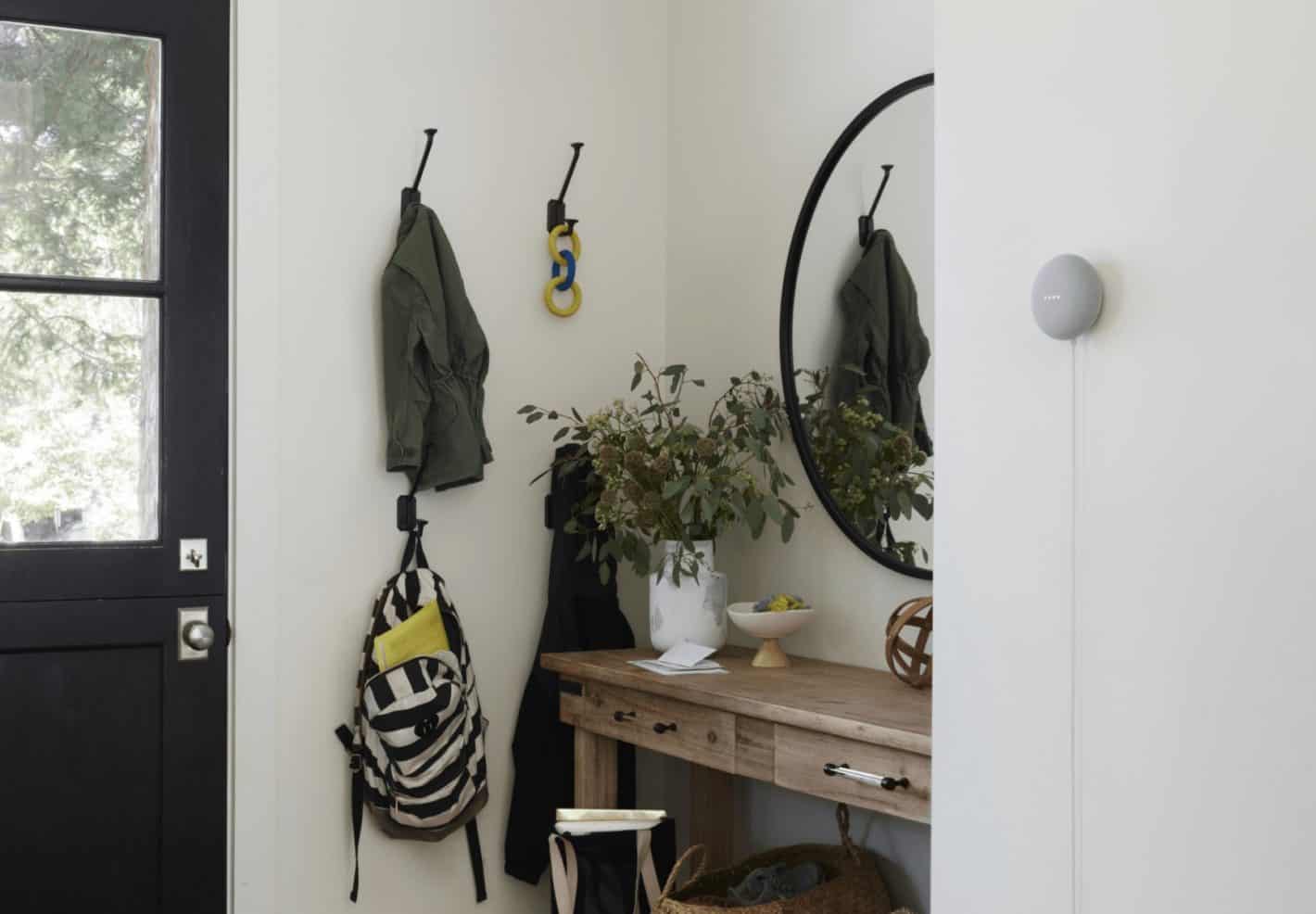 A new leak provides a nice and clear look at the Google Nest Mini smart speaker.

The leak confirms previous rumors including the option to mount the new Google Nest Mini on a wall.

Google is expected to unveil the new Google Nest Mini at its dedicated hardware event on October 15. Alongside the Google Pixel 4 and 4 XL smartphones.

The Mini you can hang on the wall

Either way, information on the new smart speaker is now here with a bunch of images to support the changes, or in this case, lack thereof. This latest leak comes from WinFuture and confirms the new Google Nest Mini will be unveiled along with the new Pixel 4 phones.

The leak provides a clear look at the new smart speaker and generally speaking, there doesn’t appear to be many changes. Overall, the speaker looks very similar to the previous model with the same overall design, shape and look. The leak also suggests the same four color options will be available – so there’s not much new there either.

What is different, however, is the rear. Unlike the Google Home Mini, the Google Nest Mini comes with a small hook cutout. This allows the unit to be attached to new surfaces, such as the wall. 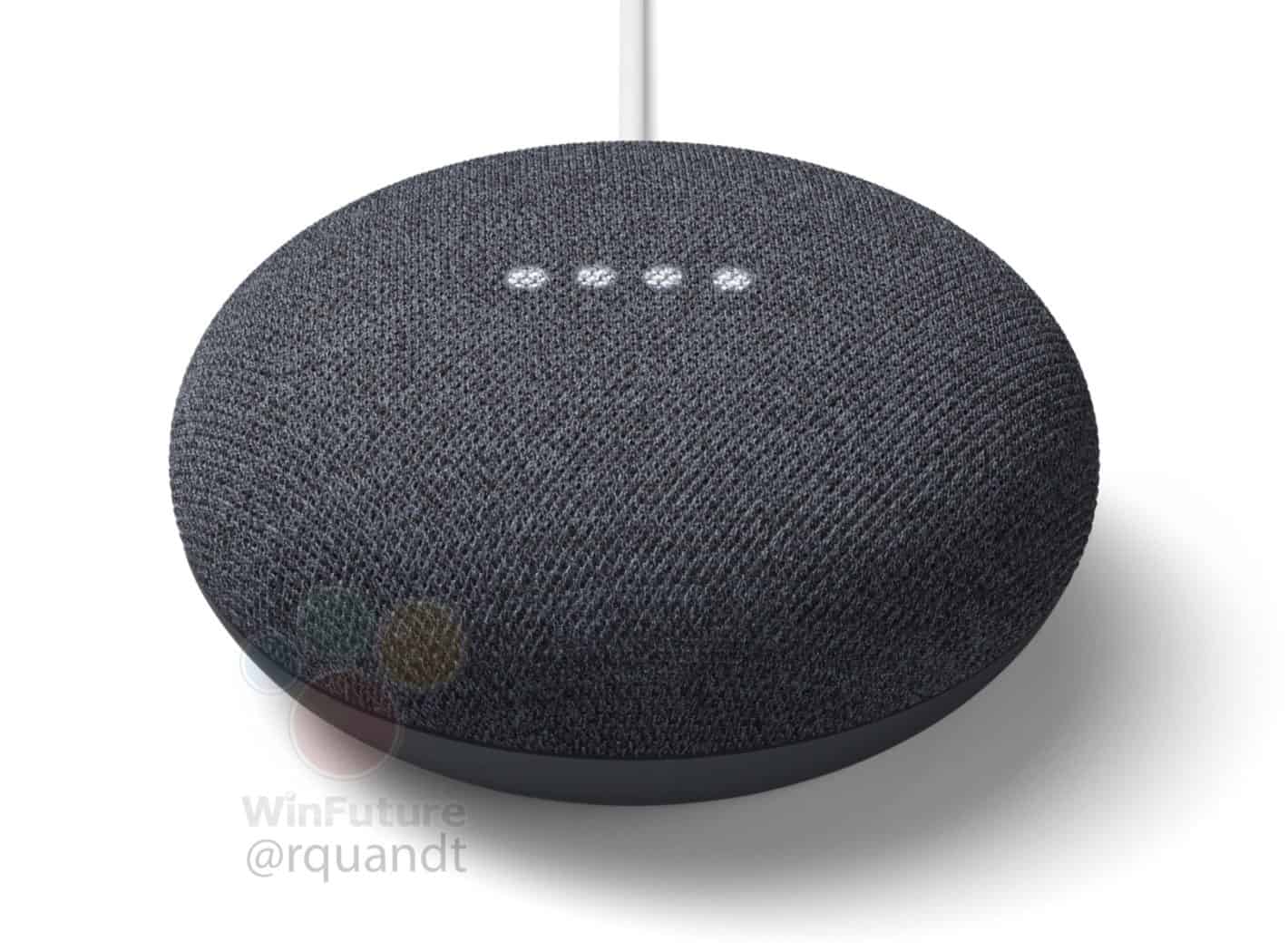 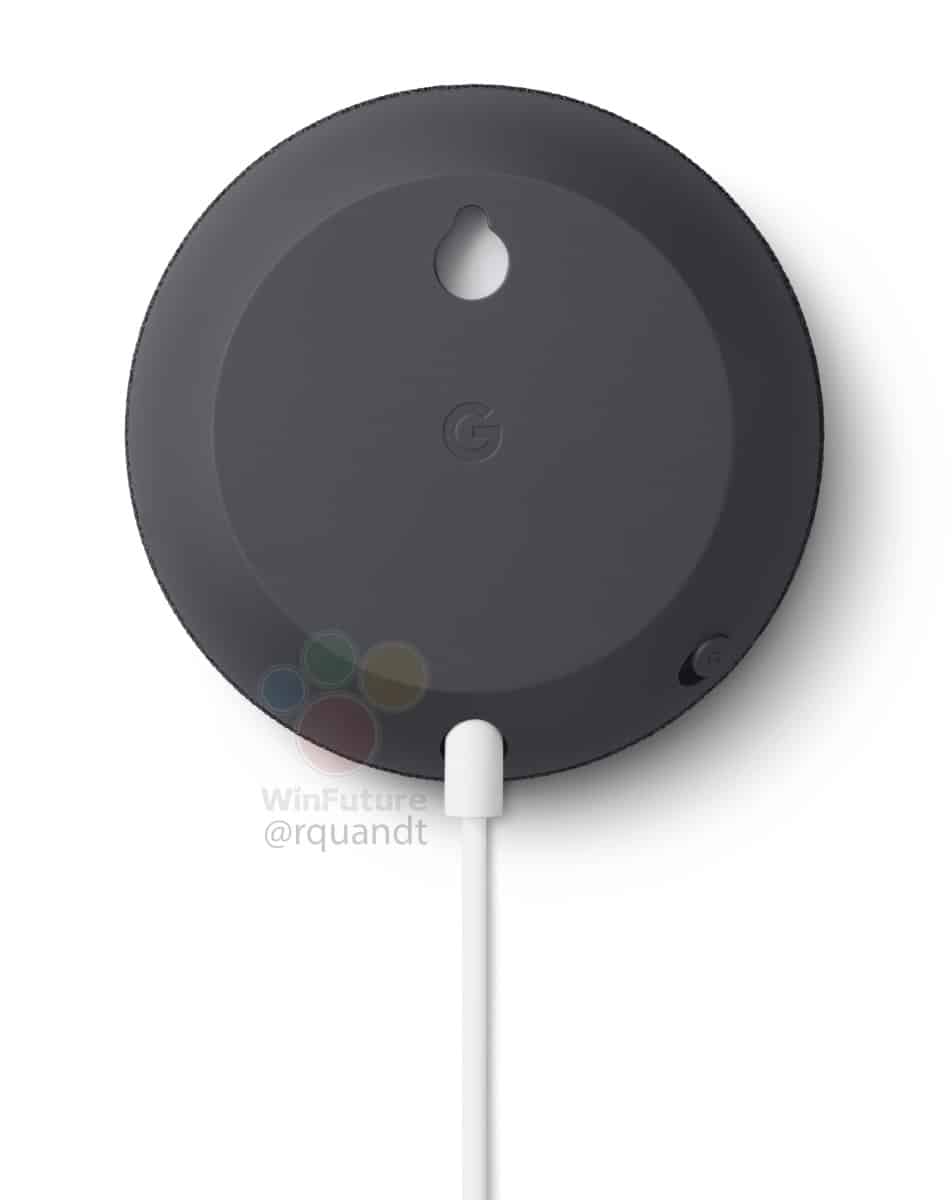 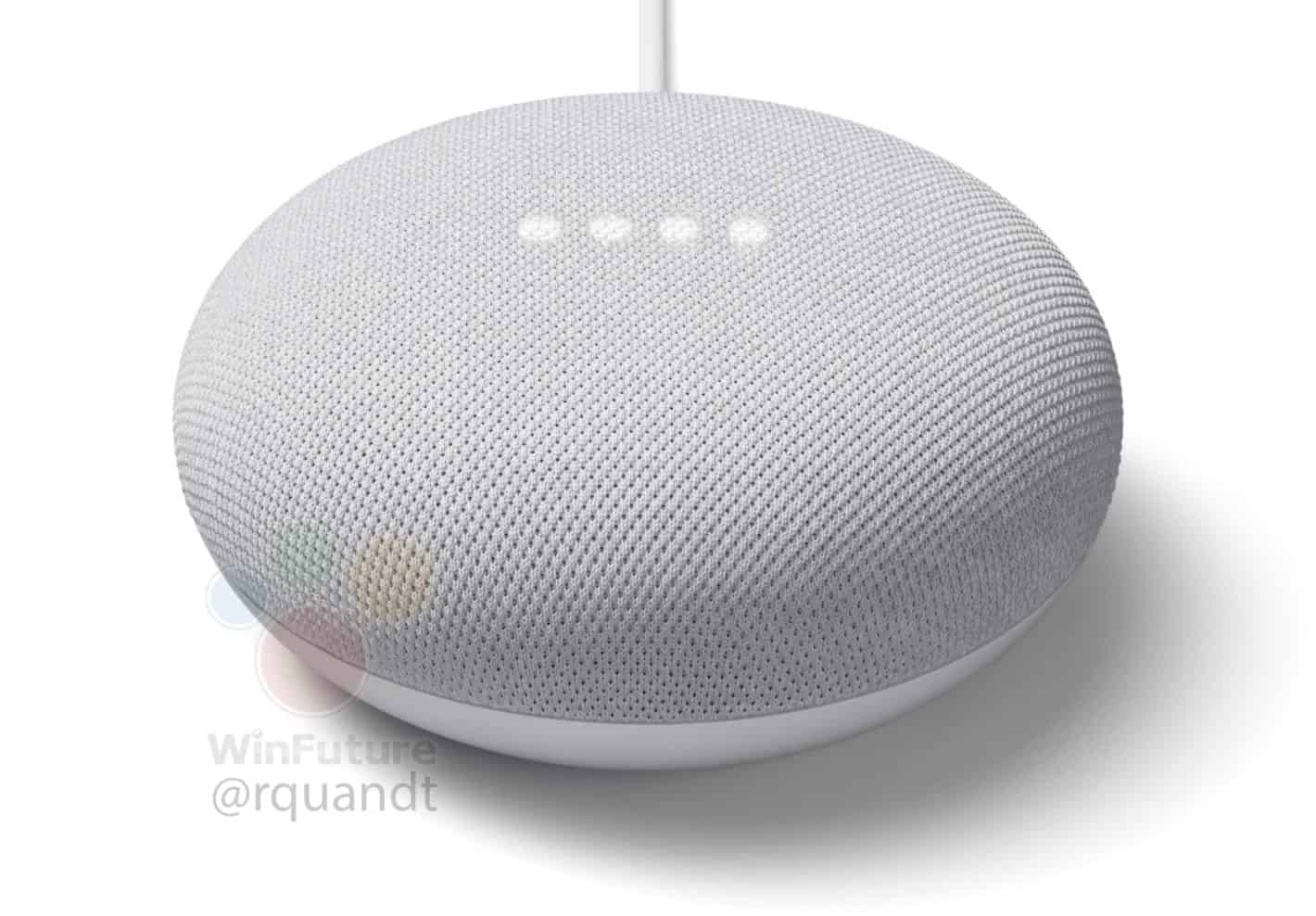 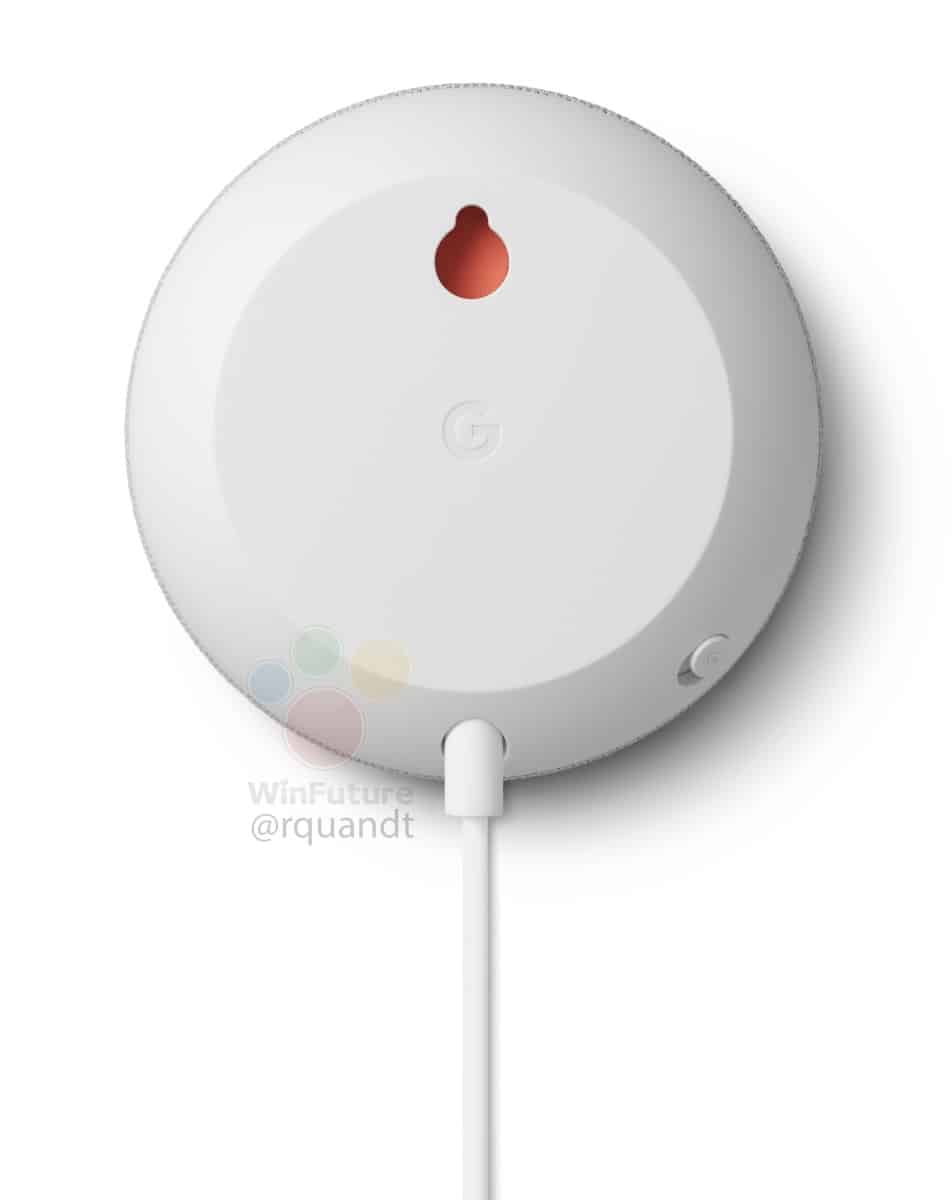 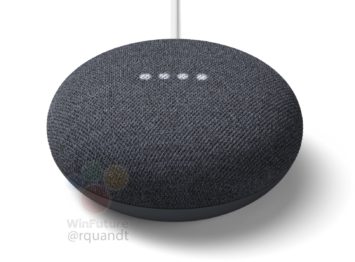 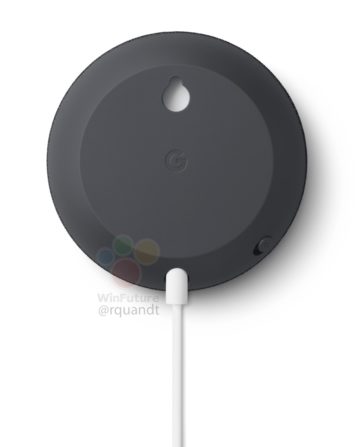 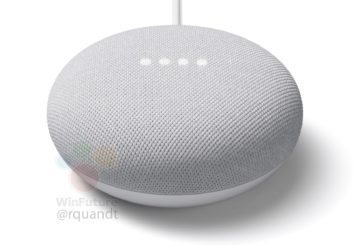 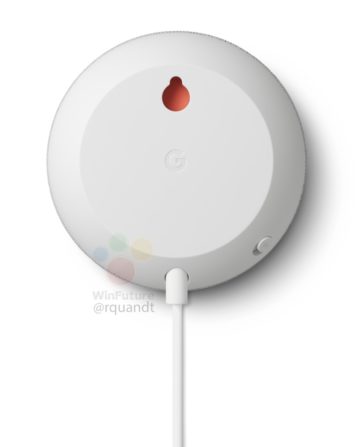 As mentioned, the design of the new model does not appear to have changed much. The same could be said for the functionality in general.

This leak points to many of the same features already available with the Google Home Mini, including dual-band Wi-Fi and Chromecast support. Although one notable difference is the power supply. While the previous model came with a 9-watt power supply, the Google Nest Mini includes a 15-watt power supply. An increase in power that might suggest a boost in audio power as well.

Of course, the name is also new. As between the launch of this model and the previous one, Google opted to fold the Home brand into the Nest brand.

If that had not happened then this would be arriving as the latest Google Home Mini. Instead, it is expected to arrive branded as a Google Nest Mini.