Skip to content
Advertisement
Trusted By Millions
Independent, Expert Android News You Can Trust, Since 2010
Publishing More Android Than Anyone Else
20
Today
243
This Week
495
This Month
3551
This Year
121171
All Time
Advertisement Forget the individual, for one moment, and think about the group. Most of the time when we review a product, it's solely about that product. But in this review, we're going to be taking a look at how all of Google Nest's products work together. Do they all work in harmony, creating a beautiful symphony of connectivity? Or are these products more akin to the dissonance caused by a comedy of errors? Google Nest wants its products to be thought of as 'The Helpful Home', so let's explore that concept today and see if Google has met with success.

The Google Nest Ecosystem is made up of around 2 dozen products or so, making it one of the most robust smart home ecosystems out there.

When Google acquired Nest in 2014, it quickly became clear that they weren’t just in the market to put their name on a pretty cool thermostat. Since this purchase, Nest’s product portfolio has turned into one of the most respected smart home systems on the market, and while the typical disorganization of Google has been a bit confusing, things finally seen to be all coming together in 2019. At least within the Google Nest product lines, that is.

In this review, we’ll be taking a look at both sides of the coin. The top and most obvious side of this concerns the entire Google Nest ecosystem as a whole and how well all of Nest’s products work together. The side you may not initially think about is the backside of the coin, which deals with how well Google Nest’s products work with other smart home products or any other smart gadgets, for that matter. 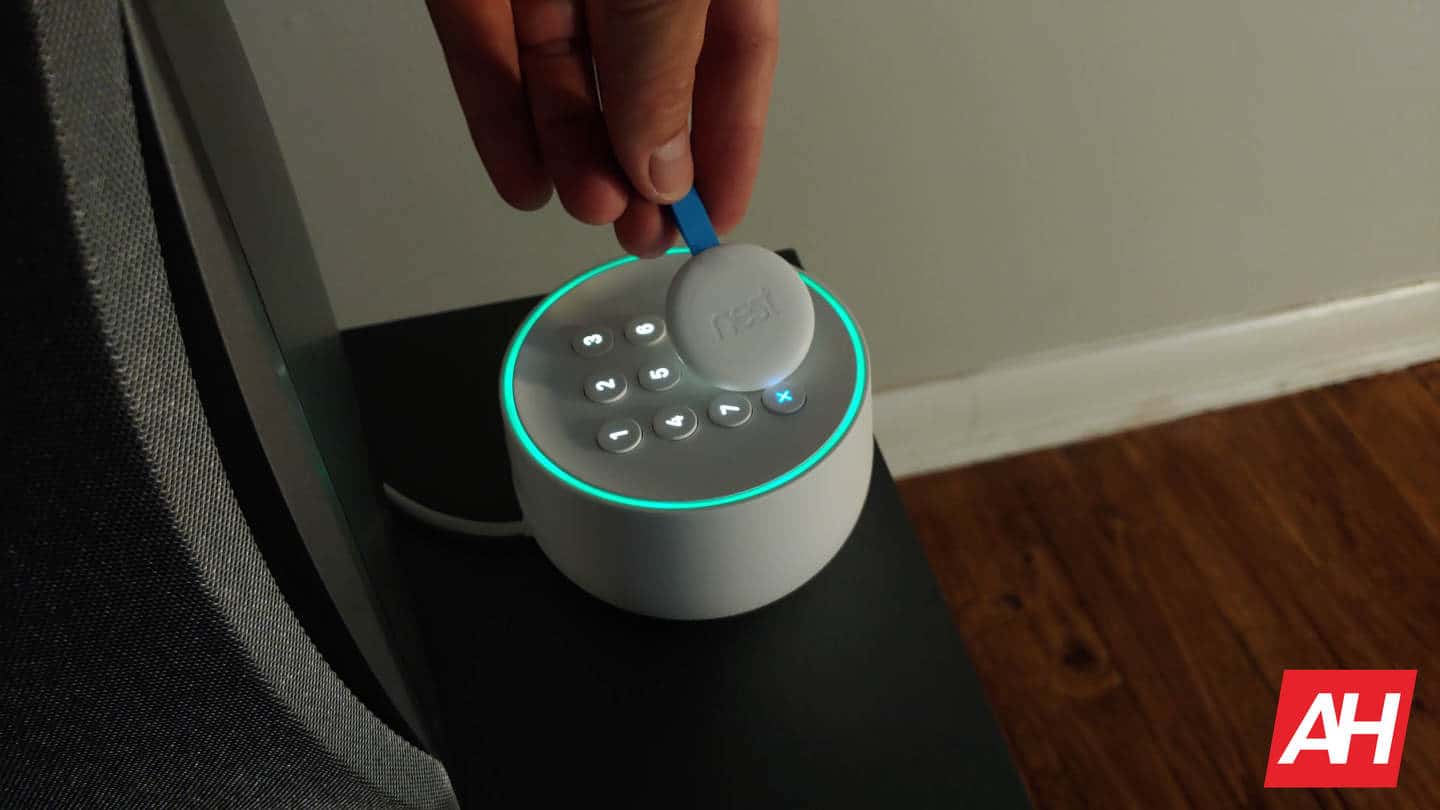 As its own ecosystem, Google Nest shines brilliantly among the rest of the smart home crowd. Made up of a very wide range of products that do anything from unlock your doors to controlling your air conditioning unit, all of Google Nest’s products run in perfect harmony with one another and intelligently converse with one another via the cloud. It’s a symphony of interoperability that’s rarely seen in the world of the smart home, a world where things almost never natively work together.

Of course, given that Google Nest has created all of these products, one would hope they would all work together this way. Given the experiences we’ve had in the past with smart home products as a whole, including the individual experiences with Google’s own products, though, success is certainly not a given.

If you’re coming to this review to find out whether or not Google Nest’s products simply ‘just work’, then you’re in luck. They absolutely do. In fact, this is probably one of the single best implementations of any product line we’ve ever seen and they speak with each other in a way that’s seldom experienced outside of Apple’s ecosystem of products.

I’ve found a lot of reasons to love the Google Nest ecosystem I’ve been using for the past several months. Take the Nest Protect, for instance. It’s a product that’s marketed as a smoke and carbon monoxide detector, but a lesser-known function is a light that it can shine in a dark hallway at night. 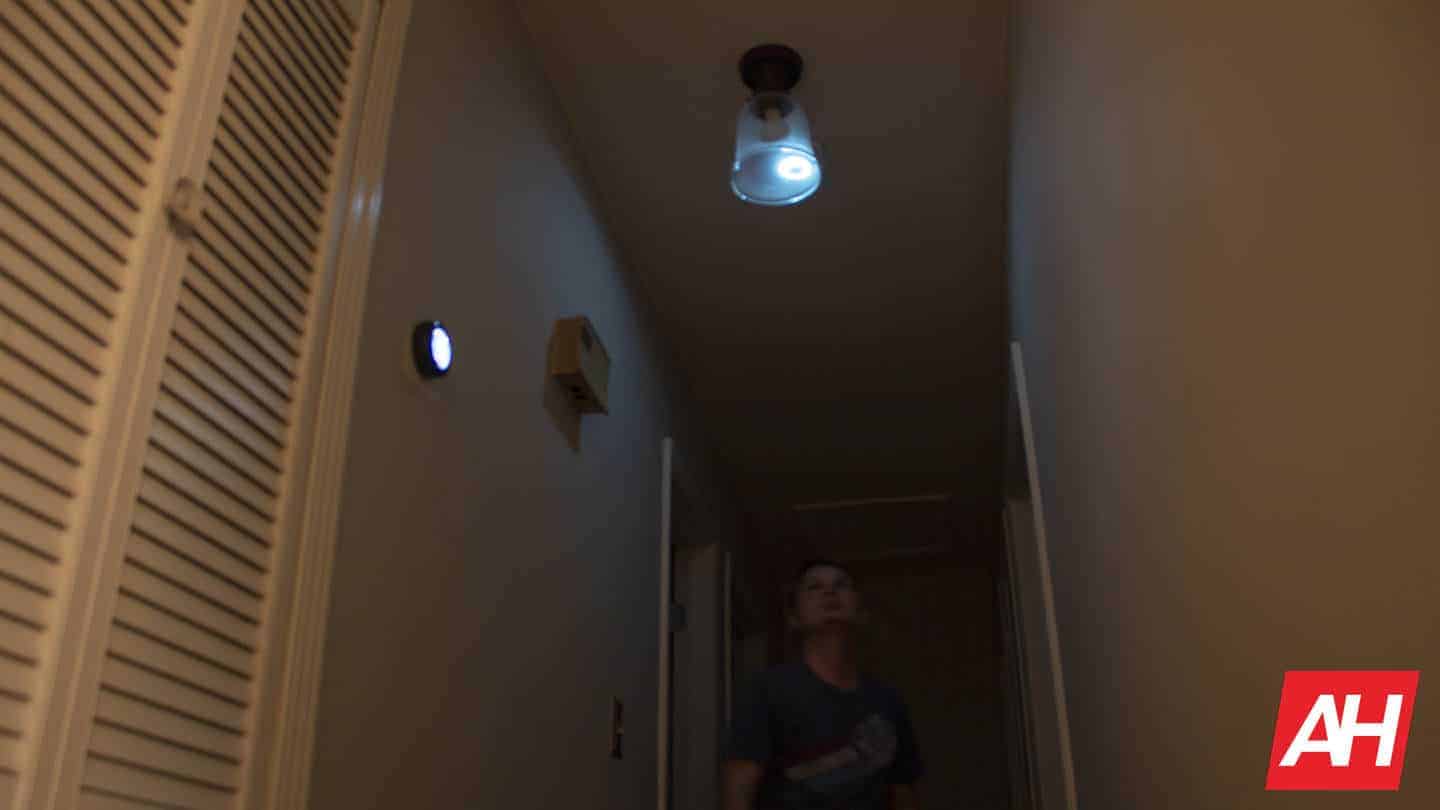 It’s this illumination functionality that made me smile every day. Or every night, rather. When my 5-year-old son needs to get up in the middle of the night to use the bathroom, his path to the facilities is cleverly illuminated as he walks to it, and the light automatically turns off once it detects he’s no longer in the hallway.

Or take the Nest 3rd generation thermostat, which learns your daily behaviors and adjusts the temperature not just to fit your daily routines and comfort levels, but also to save you the most energy based on the weather conditions outside your home. This isn’t new functionality, as it was the thing that probably made the original Nest thermostats popular with the public, anyway.

What’s new is the integration with every other Google Nest product you might have installed. That Nest Protect we mentioned previously? If it detects smoke it can automatically trigger your Nest thermostat to shut off, helping prevent the spread of fire.

When you leave the house and lock your Nest + Yale lock, or click Arm on the Nest Secure DIY security system, it will automatically send a trigger to your thermostat to enter Eco mode. Eco mode adjusts your heating or cooling settings to something less comfortable while you’re away from the house to save energy. Unlocking your door or disarming your security system will, subsequently, place your thermostat back into a more comfortable range of climate conditions within your home.

Things get even more personal when you use a Google Nest product that features a camera, as well. That newly launched Nest Hub Max has a camera on the front which can identify people’s faces and customize the on-screen experience for a more personal device. This range from several different types of notifications, like Duo messages left by other members of the household, or more personal calendar events and reminders that you left for yourself to do when you got home.

Google’s Nest Aware subscription enables additional functionality on this and every other camera in the Google Nest ecosystem. This includes facial recognition and historical storage of recorded events for all cameras. It also means that your smart home can automatically identify people that shouldn’t be there just as well as those who should.

All of this ties in with what Google calls “The Helpful Home”; a term coined by Rishi Chandra, the Vice President of Product and General Manager at Google Nest.

Google Nest’s idea is that your connected home devices shouldn’t feel like a collection of individual gadgets that all need your attention throughout the day. Rather, these connected gadgets should be able to work together in a cohesive, connected manner that requires less thought from users, not more.

Being recognized by your personal assistant the moment you walk in the door is something akin to The Jetsons, minus the robot maid. What’s more impressive is that these features make home feel more like home rather than feeling creepy or intrusive, and part of what makes that work is Google’s pledge to privacy.

Let’s go over what that really means.

Recently, Google Nest pushed out an update that forced the light on a camera to remain on any time the camera was turned on and the video could be viewed. Many were unhappy with this decision because it meant that their baby monitor camera was now regularly emitting a bright light in their child’s room, or the outdoor camera at the back door could be easily seen. 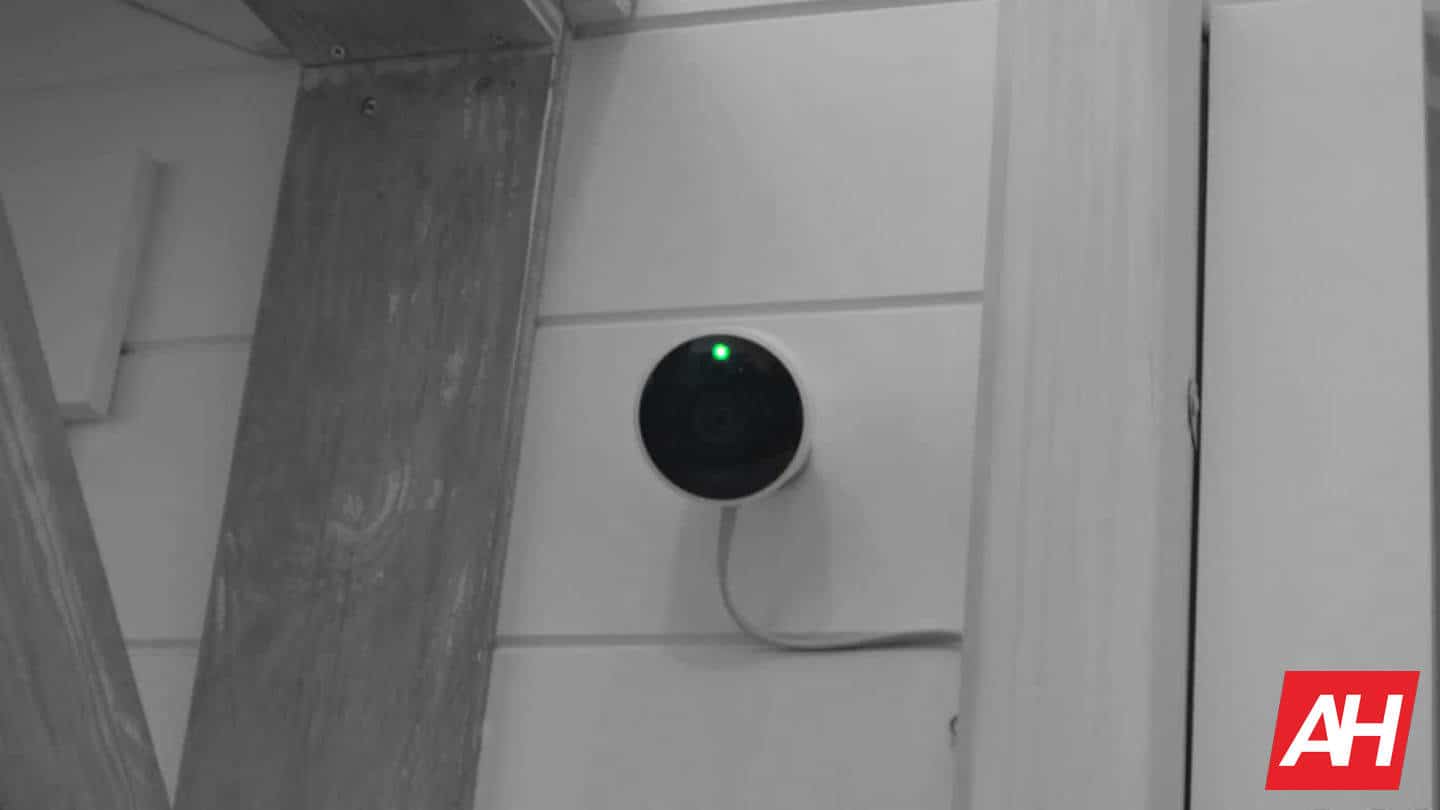 But here’s the deal. While these lights can deliver unintended consequences for certain situations, they ultimately offer peace of mind that you otherwise would not have.

Knowing that the camera is on when the light is illuminated will never leave you wondering or worrying whether or not someone is spying on your private life. Forcing the light on when a speaker is listening provides the same comfort as well. It’s like when someone closes a door to keep a conversation private. While it’s not ideal for every situation, it is paramount to the success of placing these gadgets throughout your home and generating a level of user trust that otherwise would not exist.

Building on this foundation of security is the promise that Google will not aggregate personal data between its various services and products. For instance, facial recognition data that has been taught to any Nest camera stays within the Nest camera family. It’s only accessible by Nest cameras and, even then, only ones that you’ve specifically added and verified on your account.

I was personally concerned about this and specifically asked Google about it. After all, I’ve trained Google Photos to recognize the faces of several dozen different folks I know and wanted to find out if this data was visible anywhere else. A Google spokesperson confirmed that these channels are all separate from one another and have no way of sharing information or data with each other.

While Google’s additions of facial recognition and other cloud-related goodness have significantly enhanced how we think of Nest and have boosted its effectiveness, other Google-led initiatives have been less successful as of late. Nest accounts are going away in favor of using a Google account instead. The idea here is that Google wants everything tied up with its name, including the use of Google Assistant instead of additional services that need to be maintained. 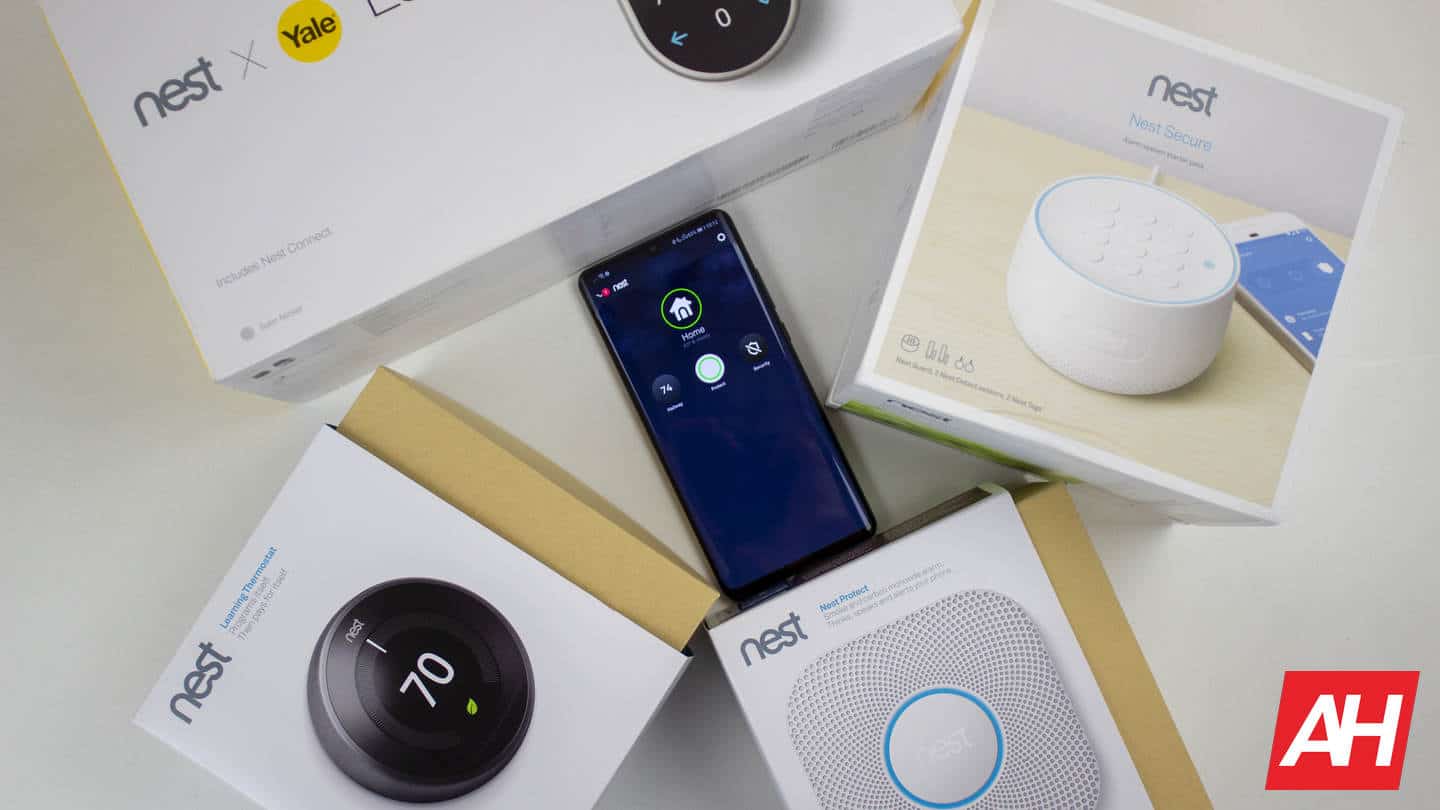 Nest originally utilized a program called ‘Works with Nest’, which was designed to help Nest products better integrate themselves with non-Nest branded devices. This program has been running for years and has built up an incredible following, including deep integration natively with many, many other smart home devices.

Unfortunately, what was once nearly perfect is now a certifiable mess.

Works With Nest was officially retired near the tail-end of August and, since then, Nest integration with just about everything has been completely broken. Products that were designed to integrate with your main Nest gadgets via that Works With Nest program can no longer talk to those Nest devices, and that includes the oft-used IFTTT service.

Emails from various OEMs confirm the difficulties many are having. Some manufacturers have sent their customers emails flat-out telling them not to migrate their Nest accounts or else they’ll lose key functionality and integration.

Google’s design is to run everything through Google Assistant instead of another third-party program, as Nest once was. We whole-heartedly agree with this move and think it will prove to be a simpler, better and more elegant solution in the future. For now, however, it’s a mess and it’s going to make a lot of people angry (and already has).

We spoke with Google on this matter and found that they had this to say about the situation:

“Works with Nest developers looking to participate in the Works with Google Assistant program can reference our online guide that outlines how developers can manually integrate their devices or services with Assistant.”

This sounds good and well, however, the fact that most developers have not moved over from Works With Nest to the new Google Assistant program is telltale that Google probably didn’t do enough to help developers through this process. There’s always blame to be thrown both ways in these sorts of situations but, ultimately, it’s affecting consumers in a negative way and not helping present a rosy image of the new Google Nest branding to many people.

When taking everything into account, 2019 has been a fairly tumultuous year for Google Nest as it experiences the growing pains associated with a giant leap forward. But that last part is exactly what users should expect when investing in a Google Nest household: a way forward.

Integration with other smart home gadgets is likely to continue to be rocky for the next several months as developers scramble to get onboard the new Google Assistant back-end but, once that happens, the experience should be smooth with third-party devices once again.

On its own, the Google Nest ecosystem is the absolute finest smart home collection you’ll find from any company. In a home that’s run entirely on Google Nest products, you’ll see a synergy of development that’s rarely found in the world of smart homes. In fact, Google’s smart home technology truly does transcend the idea that most people think of when they imagine a ‘smart home’; it really is ‘the helpful home’.