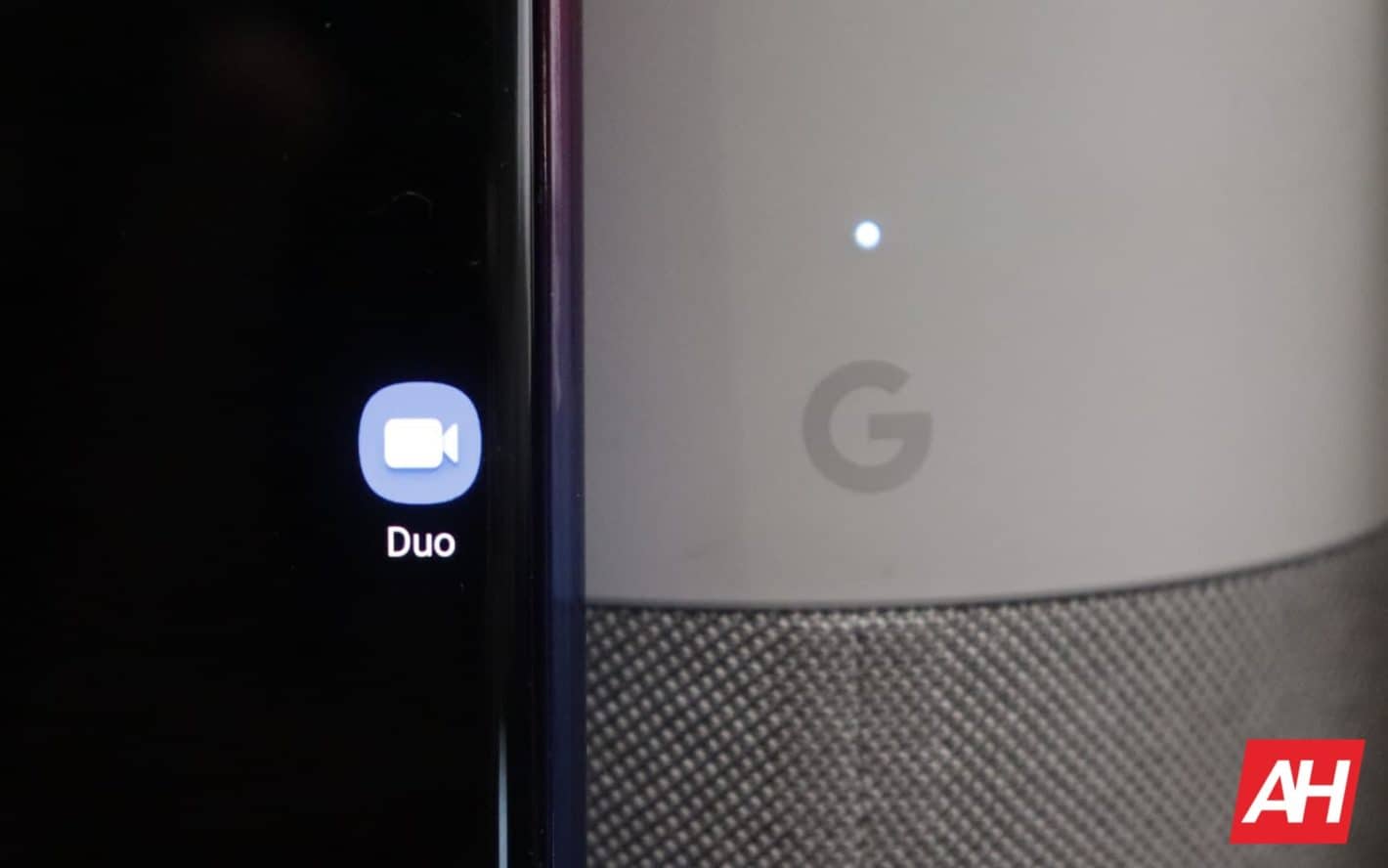 Obviously, because there’s no display panel on the Google Home, Google Home Mini, or Google Home Max, that’s going to be voice calls only. Google Duo was already available on the search giant’s now Nest-branded smart displays but comes with the added benefits of a video feed.

Google didn’t stop there though. Now, users can also make calls between two speakers on the same network. That means that two smart speakers within a single home or business can now contact one another directly. It’s not immediately apparent whether that’s based on the newly-added Duo support but should prove a useful feature all the same.

How does Duo calling and speaker-to-speaker work via Google Home?

For the time being, usability is limited for the new feature. Google has been hard at work implementing a more natural flow to the Google Assistant AI that the speakers’ features are built up around. That’s included improvements to machine listening and the elimination of the need for wake words between many commands.

It’s also included making the AI answer more naturally stated questions and more colloquial alternatives to standardized commands. The search giant typically leads the field in terms of AI interactions and accuracy. But, with the new Duo capability and calling capability, commands are limited in terms of phrasing.

For instance, users need to specify that they’re attempting to call a contact on their account via Duo. The exact command is “call” followed by the contact name, and then “on Duo.”

Calls can only be received via Duo on phones. So there’s no using Duo from the speaker to call another user who is also on a speaker on another network. Calling from speaker to speaker is similarly limited. The name of the speaker being called needs to be specified and only “call” works as a command for now. Google only allows two speakers to participate at a time.

Google will undoubtedly whittle away at those caveats moving forward. So it may be possible to use alternatives or variants on the voice commands and more devices may be able to take part in a single call. Google could also add in the ability to use Duo to call directly between speakers on different networks.

Calls can be ended by tapping the top of the speaker or asking Google to end the call.

For now, the rollout of Duo and inter-speaker calling are additionally limited in scope. It’s only officially available in the U.S. and in English. Google hasn’t given any timeline for other languages. Some users in the U.K. have also reported that they have access to the feature on their smart home devices.

The rollout will not be instantaneous either. So not every user in the U.S. who is using English as the device’s primary language will already be seeing it. There’s been no word on a time frame for that segment of it either but Google generally only takes a few days to finalize a single-region rollout.