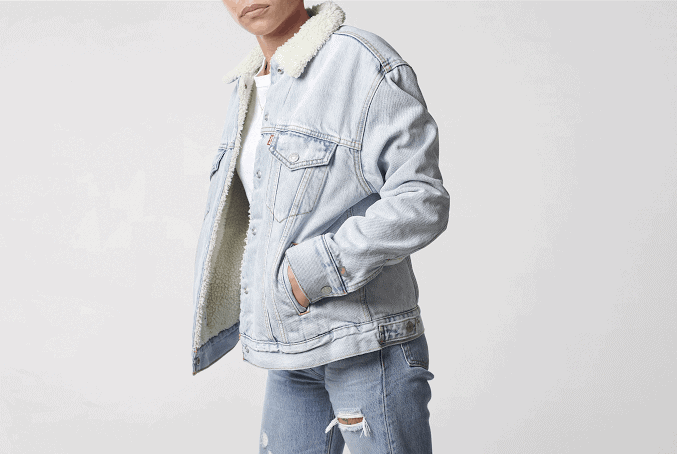 A few years ago Google unveiled its vision for Jacquard-powered clothing. A project from its ATAP division, Project Jacquard started as a cool technological way to interact with your devices. Simply by touching the fabric that makes up the clothes you wear.

There wasn't much heard about Jacquard technology after the first product (the Levi's Jacquard Trucker Jacket) was released. A few days ago though a new report surfaced stating there was a new jacket using this technology.

Instead of another trucker jacket, Levi's has worked with Google to put it in a Sherpa jean jacket. Yesterday, Google elaborated on its continued vision for Jacquard-powered clothing and gave a look at the Sherpa jacket.

What's Google's continued vision for this technology? According to the company, it wants people to have easy access to a handful of different digital functions. It also wants this access to be available through ordinary stuff.

Things that people interact with every single day without a second thought. This is where the first Jacquard jacket came in. And where it passed off the baton to the new Sherpa jacket. A Jacket is just a jacket. It's simple. You probably wear it daily, or at least most days.

But, it doesn't have to be just a simple piece of clothing you wear day in and day out. Using Google's idea of "ambient computing," everyday things can be used to interact with digital experiences.

Such as skipping song tracks, skipping through navigation instructions, or ending calls.

A new Jacquard tag is the backbone of the platform

As noted in the earlier report, the new Jacquard Sherpa Jacket comes with a new tag. Google says this is the backbone of the platform. Thanks to its smaller size and two-week battery life.

Another part of the whole thing is a growing list of abilities that Jacquard is able to allow interaction with. You can use Jacquard products to ask Google Assistant about your day.

You can even use it as a remote shutter for taking pictures or turning on the LED of your smartphone camera. And of course it can be used for navigation. Allowing you to access arrival time information as well as the next step in your directions.

What this all breaks down to is helpful and meaningful digital interactions through simple everyday things.

Google wants people to have access to their digital life without being distracted by it. And therein lies the overarching idea. A more distraction-free digital life.