This patent surfaced at the USPTO (United States Patent and Trademark Office). It surfaced under the “Optical sensors disposed beneath the display of an electronic device” title.

Will the Essential PH-2 include an under-display camera?

The patent itself was published on October 17, and it could suggest that the Essential PH-2 will sport an under-display camera. That does not have to be the case, of course, but who knows.

Essential was, after all, the first company to release a smartphone with a display notch. The Essential PH-1 had a tiny display notch, and really thin bezels. It was a joy to look at, so Essential may be leading the charge with an under-display camera as well.

The upper display portion is described as the ‘variable transparency area’. This suggests that part of the phone’s display will become transparent when it’s time to use the selfie camera. 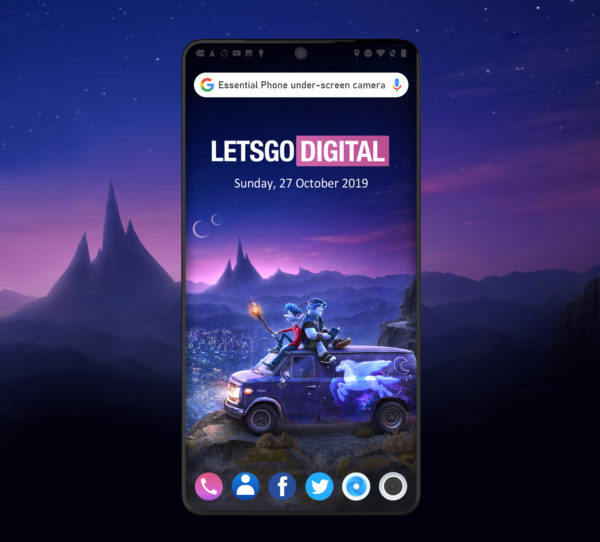 This is actually something we’ve already seen from Xiaomi and OPPO. Both companies have demonstrated under-display camera tech already, and that’s how it works. We’re sure that there are some differences between these technologies, though.

Do note that the patent that Essential submitted is referred to as a ‘utility patent’, not ‘design patent’. In other words, this patent is all about technology, so the design of the phone pictured here is irrelevant.

We’re not sure when will the Essential PH-2 become a reality, but it could sport an under-display camera. The first phone was announced back in 2017, and it didn’t sell that well.

As a consequence of that, Essential opted to postpone the Essential PH-2, until it’s sure that it can deliver something people want. The company will need to make sure that the price is right, as the Essential PH-1 was too expensive back when it launched, especially for a first phone from a company.

A rather odd, extremely narrow phone is coming as well

As most of you know, Essential is working on a rather odd phone as well. A phone that is extremely narrow, and quite tall at the same time.

That prototype had been shown by Andy Rubin a while back, but it remains to be seen if that is the Essential PH-2 or not. The device will introduce a brand new form factor, basically, so a new name may be suitable.

In any case, Essential is expected to introduce some new hardware in the near future. If we had to guess, we’d say that both the Essential PH-2 and that odd, narrow device will launch, as separate devices. That’s just a wild guess, though, it remains to be seen what will happen.