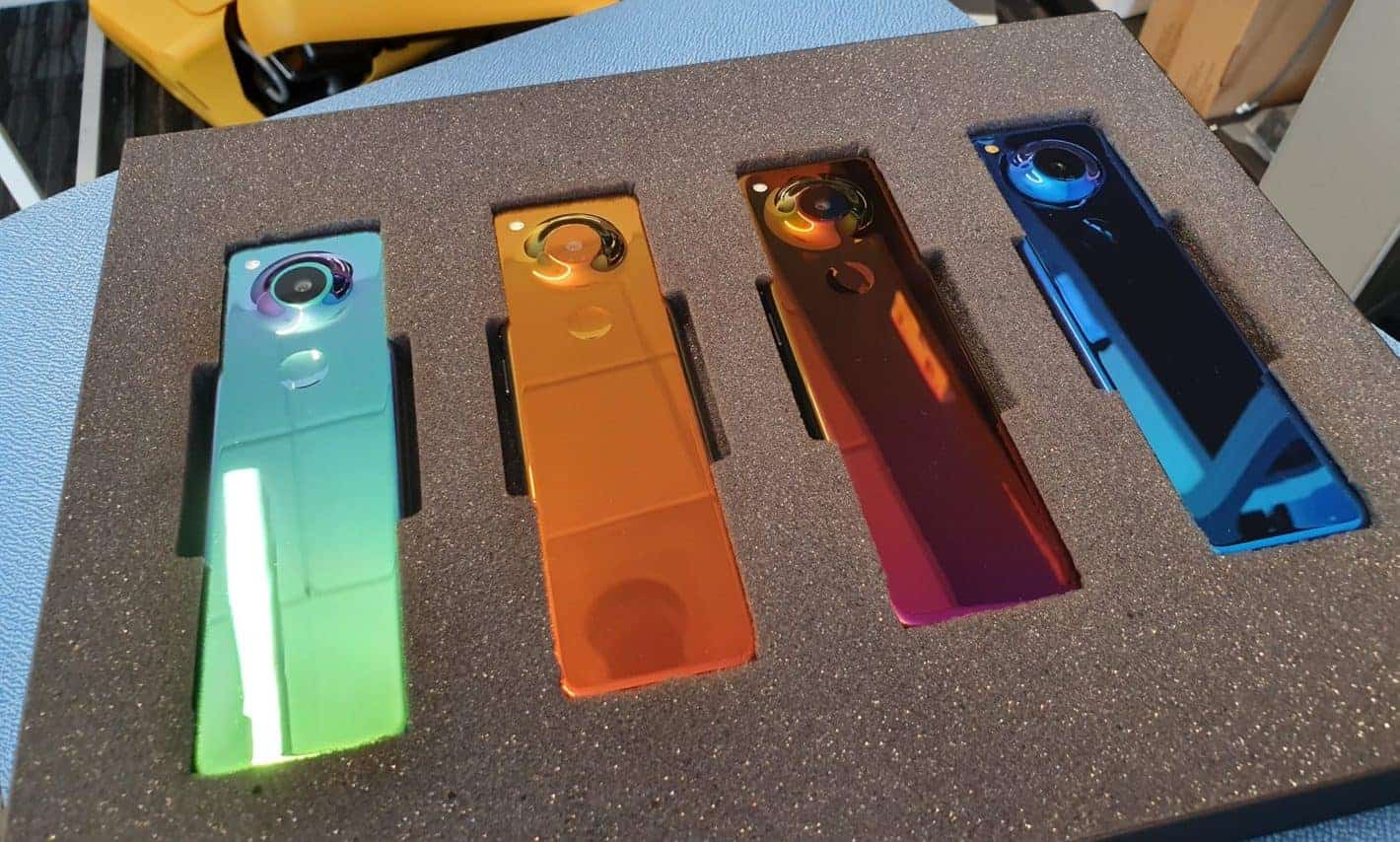 Andy Rubin, the CEO of Essential, has just shared images of a tall mystery phone.

So far the only thing known about the device is that it comes in multiple colors, it's quite obviously a phone with a touchscreen, and it's very tall.

This tall device could be the new Essential Phone

The Essential phone may have drifted off into obscurity for most mobile phone consumers, but that doesn't mean Essential has done the same thing.

The company is still very much around and working on projects. As one would have it, this tall mystery device could be the new Essential Phone. You know, the follow up to the Essential Phone that launched back in 2017 to little fanfare.

This new device though, might capture more attention. If not for the hype as a new Essential Phone, for its "radically different formfactor." In addition to the taller, more narrow design, the phone also seems to be coming with a new UI.

In fact, the new UI is partly what helps suggest this is the Essential Phone follow up. Because the only other UI the company has ever used was on its first smartphone. The interface is new indeed, featuring a more tile-esque design for the apps that are available.

That being said, it appears as though the tile design of the apps only stays that way until you tap on something to open things up properly. Based on one of the images, this will expand the app to take up the entire screen.

It comes in four colors with a "GEM colorshift material"

The phone looks to come in four different colors, but because of the way the colors actually change at different angles it really feels like it comes in more colors than four.

Rubin calls this a GEM colorshift material that has been applied to the outside. As you turn the phone in your hands, the colors shift to look like a different color. Think Samsung's Galaxy Note 10 with the color that does the same thing.

These may not be the final colors of the phone though. Rubin notes that they are still "dialing in the colors." Which suggests that these may just be prototype color options that aren't entirely settled on. If you'e curious to check out the colorshift in action, Rubin's tweet can be seen below.

Little is known about this phone or when more will be revealed about it. There are a couple of other things to pick up on though. It seems to be a smartphone that runs apps. Uber can be seen in one of the images, as well as a navigation app and a weather app.