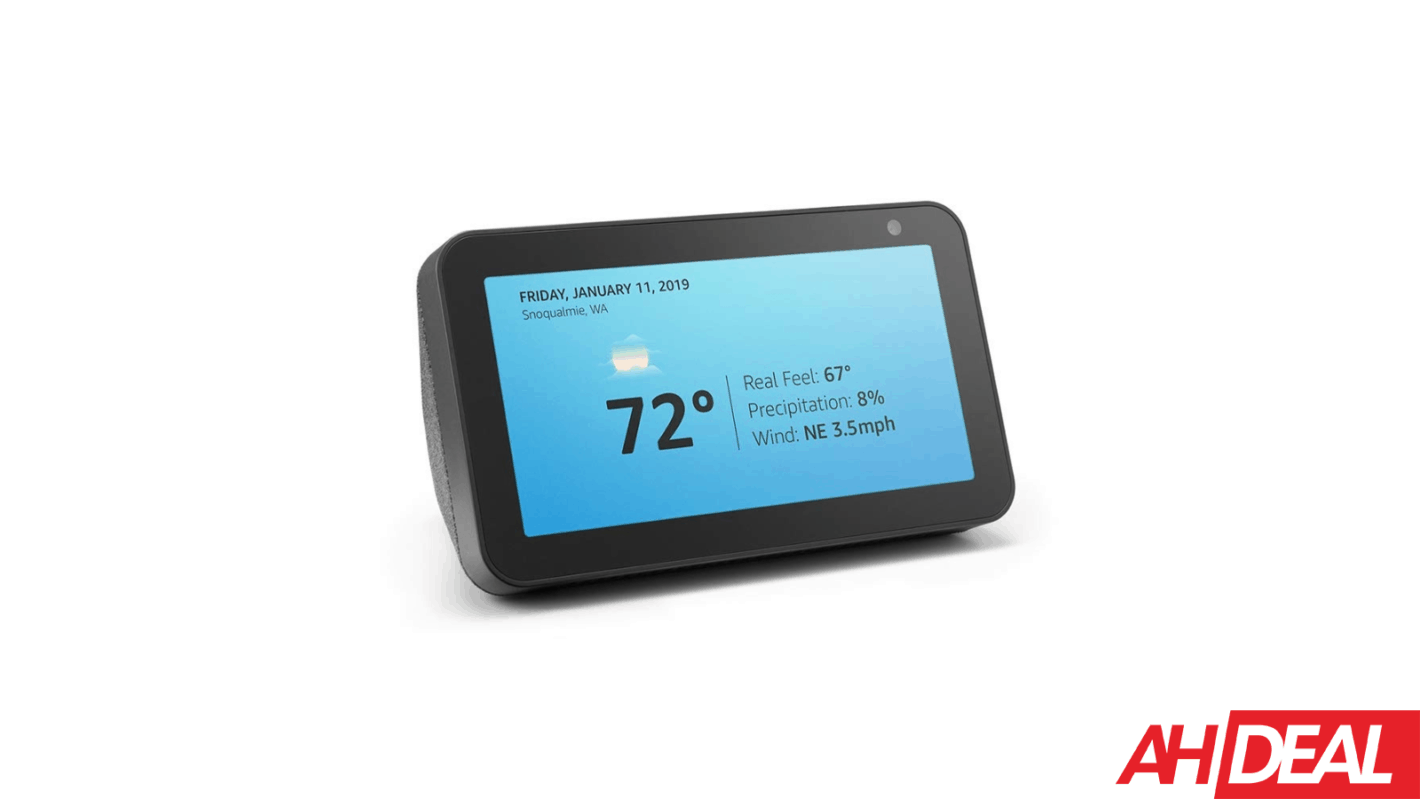 Amazon is discounting the Echo Show 5, bringing it down to just $65 allowing you to save a cool $25 on it. That brings it back down to its lowest price ever, and considering it just went on sale a couple of months ago, that's not a big surprise.

The Echo Show 5 is essentially a smaller Echo Show, with a 5-inch display. Hence the name.

With this being a smaller Echo Show, you can put it into other places in your home. Like your bedroom, bathroom or your kitchen. Now, unlike the Lenovo Smart Clock, Amazon did not ditch the camera. So there is still a camera on the Echo Show 5. But you can turn it off. Though not everyone will trust Amazon there, so the kitchen might be the best spot still.

The Echo Show 5 is still great, as it can do everything a larger Echo Show can do. That includes video calls and Skype calls. As well as controlling your smart home devices like your Philips Hue and LIFX bulbs. But with this display, you can also see stuff like the weather and the news. Instead of just hearing it, which is going to give you more information.

A smaller Echo Show is actually a really good option for a lot of people. Maybe you don't have a lot of room on a side table in your living room. The Echo Show 5 would be better there than a regular Echo Show with its 10-inch display. And of course, you won't be missing out on any features really, which is important.

This is likely the only time the Echo Show 5 will be discounted until Black Friday.

You can pick up the Amazon Echo Show 5 from Amazon by clicking here. This deal isn't going to last long, so you'll want to jump on the Echo Show 5 and save $25 now, before it's gone.