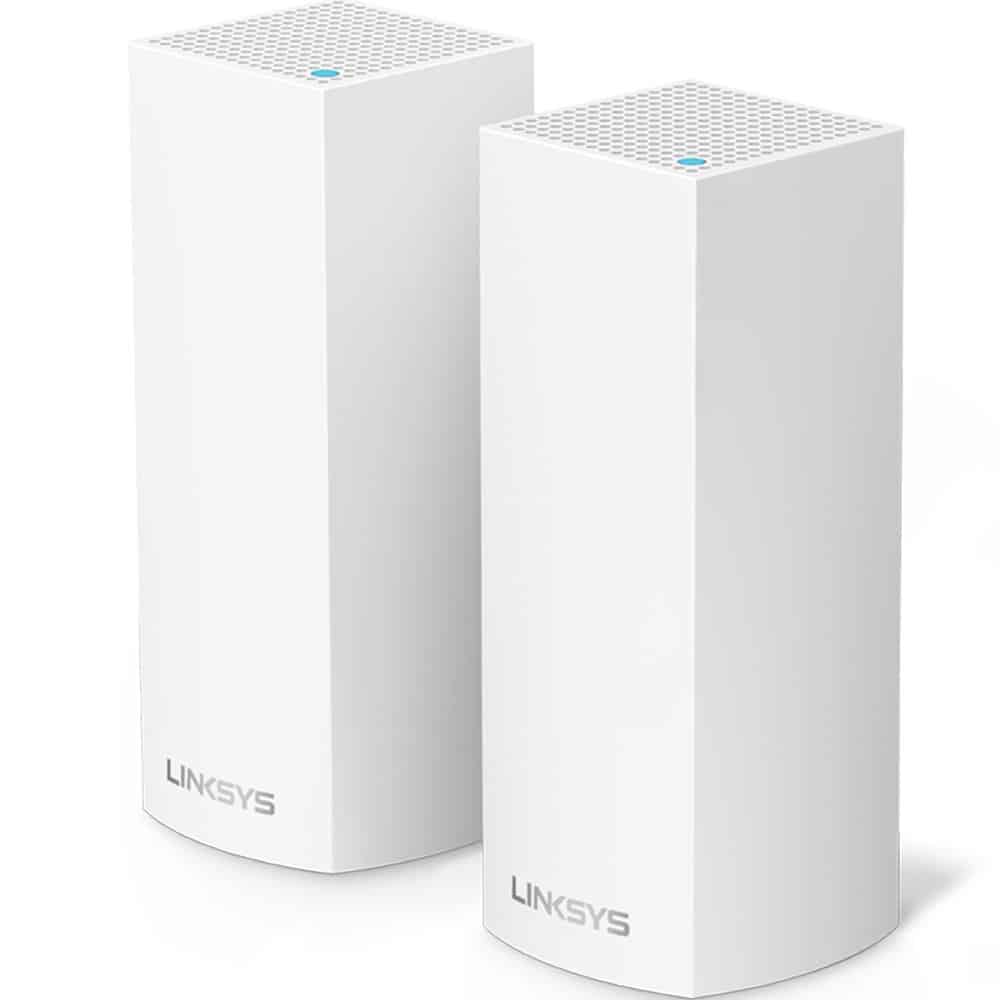 Amazon has dropped the price of the Linksys Velop Mesh WiFi system to just $229. That is down from its regular price of $349. To say that's a pretty good discount would be an understatement.

Linksys Velop is a mesh WiFi system, which is designed to blanket your home in WiFi and get rid of all of the dead spots in your home. Mesh WiFi is able to do this because it doesn't repeat the signal, but instead it meshes the signal together. This is why it performs a lot better than a signal extender or a repeater.

This system is a bit more powerful than some of the other, less expensive models on the market. Hence it's size.

With the Linksys Velop, you're going to be able to cover up to 4,000 square-feet. That's about the size of a three to five bedroom home. This is a two-pack. So the main Velop is going to be plugged into your router, modem or gateway, depending on what your ISP calls it. The other will be placed somewhere else in your home. Ideally on the other side of your home. That way it can eliminate dead spots.

It works really well for getting rid of dead spots and penetrating the walls in your home. So you won't ever have to worry about losing signal and such.

There are also six internal antennas and high powered amplifiers, that are going to help you get even faster speeds than your ISP tells you that you're getting. That is actually pretty incredible. As signal repeaters will usually cut your speed in half.

Linksys also made the Velop super easy to install and use. All you need to do is follow the directions in the app.

You can buy the Linksys Velop mesh WiFi system from Amazon by clicking here, but this price won't last long.