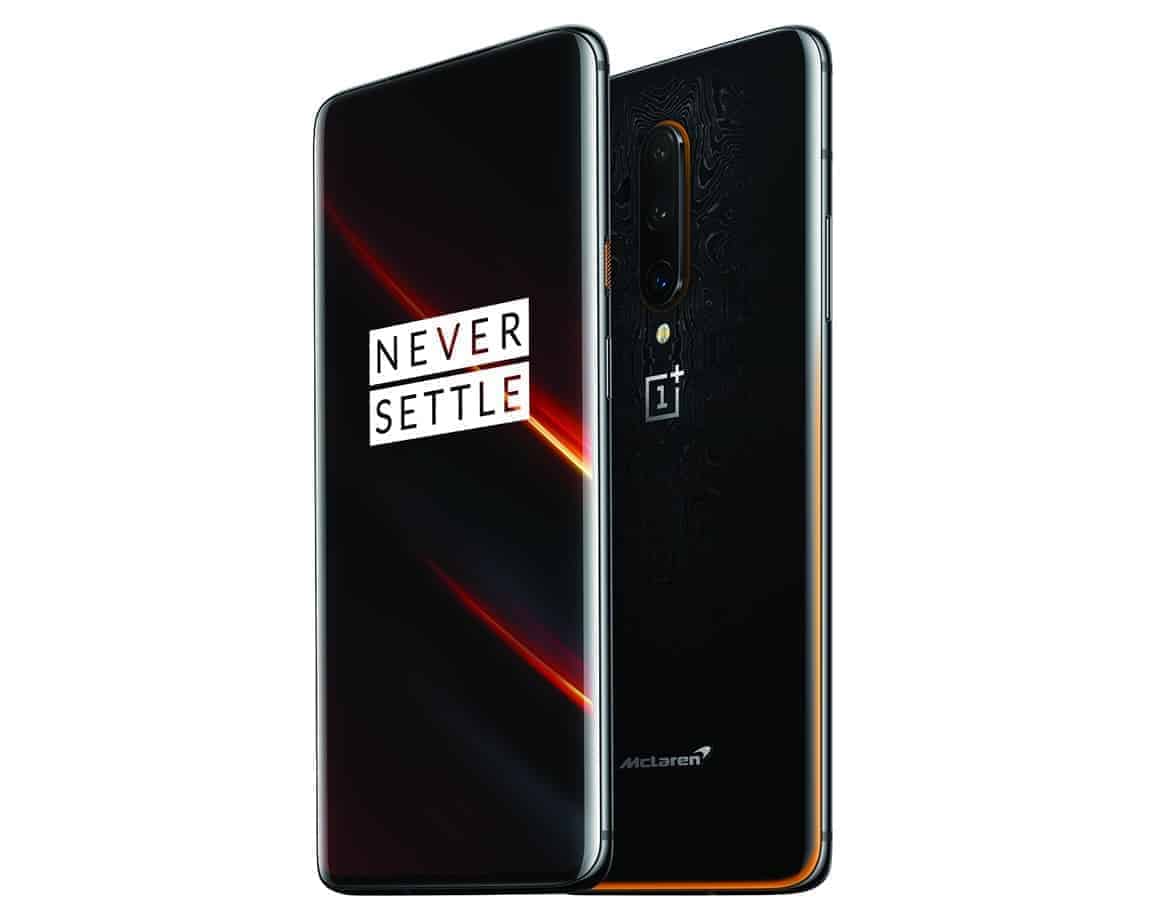 OnePlus has a second 5G phone, the OnePlus 7T Pro 5G McLaren, and it's coming to the US as a T-Mobile exclusive. This "extra long-named" smartphone will be one of the only two 5G phones launching this year to support T-Mobile's low-band 5G network, the carrier announced on Wednesday. The Samsung Galaxy S10 5G is the other handset. T-Mobile also has plans to sell the Galaxy Note 10 Plus 5G later this year.

No pricing and release date for the OnePlus 7T Pro 5G McLaren has been revealed yet. T-Mobile simply says these will be announced later this year.

OnePlus announced the 7T Pro McLaren Edition earlier this month, alongside the regular OnePlus 7T Pro. However, the Chinese phone maker didn't mention of a 5G variant at that time. The new handset essentially packs the same -hardware as its 4G-only version, except for a 5G modem, of course. You get a 6.67-inch QHD+ Fluid AMOLED 90Hz display, 12GB of RAM, and 256GB of internal storage. Under the hood is a Snapdragon 855 Plus SoC.

The whole setup is powered by a 4,085mAh battery that supports Warp Charge 30T superfast charging technology. T-Mobile says the handset can juice-up fully within an hour.

In addition to announcing the new 5G phone, T-Mobile also revealed its plans for its 5G network. The carrier aims to cover over 200 million people "nationwide" with its low-band 5G network once it goes live later this year. The low-band network uses a 600 MHz spectrum and is slower than the high-band millimeter wave (mmWave) spectrum. However, the network is significantly better with coverage.

T-Mobile's proposed merger with fellow carrier Sprint received approval from the Department of Justice (DoJ) in July, and from the Federal Communications Commission (FCC) in mid-October. Once the pending lawsuits are settled and the merger goes through, the "New T-Mobile" will be very well poised to achieve its target. As of now, the two carriers are working strategically complementarily on their 5G plans. While T-Mobile has its focus on the 600 Mhz spectrum, Sprint has mmWave and sub-6Ghz spectrums as its priority.

"At T-Mobile, we're on a mission to bring 5G to everyone, and together with Sprint, the New T-Mobile can make sure that the entire country can benefit meaningfully from the future of wireless," said John Legere, CEO of T-Mobile.