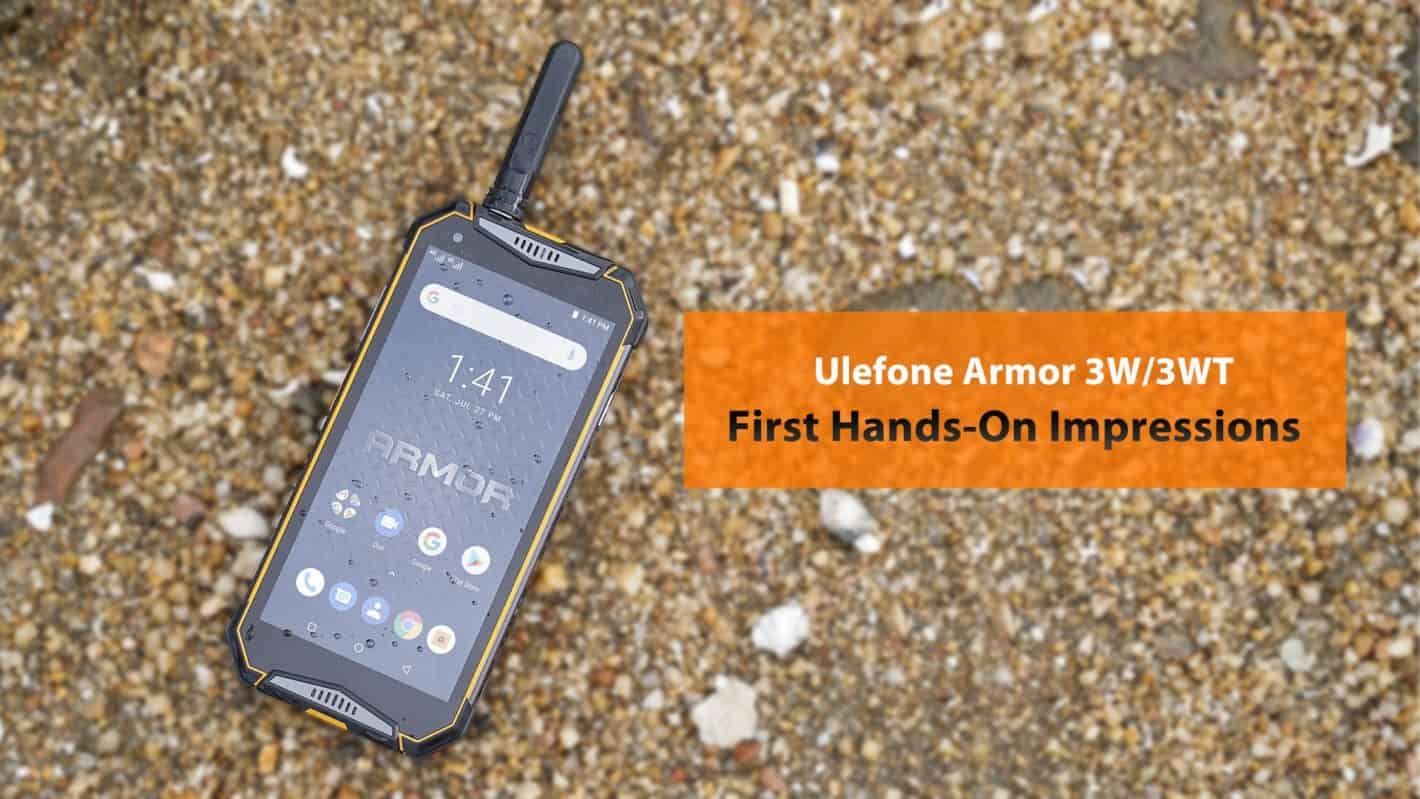 Ulefone had introduced the Armor 3W and 3WT handsets quite recently. Following up on that launch, the company just released its official hands-on video with these two smartphones.

The Ulefone Armor 3W and 3WT are direct successors to the Armor 3 and 3T. The two phones look identical, and have the same specs, with one notable difference. The Armor 3WT supports walkie-talkie functionality and comes with a removable antenna, unlike the Armor 3W.

These are rugged smartphones

Having said that, both of these phones are rugged devices. You can clearly see that they're quite beefy in the provided video. Both phones are reinforced so that they handle drops way better than regular phones.

This hands-on video, which has a duration of two minutes, will share plenty of info with you. You will not only be able to check out the two phones up close and personal, but get much more info.

For example, Ulefone shared some camera samples in this video for you to check out. The company also demonstrated how the phone opens and handles applications in regular use. You will be able to see a part of the phone's UI as well.

Ulefone does share some features of the Armor 3W and 3WT. On top of all that, this video demonstrates gaming, GPS, walkie-talkie function of these phones, and even shows how durable they are.

The Armor 3W and 3WT are both IP68/IP69K certified for water and dust resistance. Both phones come with an NFC chip as well, and ship with Android 9 Pie.

As you can see, both phones include a single camera on the back, and a single selfie camera. A 10,300mAh battery is included in both devices, while the Helio P70 fuels both phones.

A 21-megapixel camera sits on the back of both devices, while both phones include 6GB of RAM. You will find 64GB of internal storage in these two devices.

Both phones include a 5.7-inch fullHD+ display, an 8-megapixel front-facing camera, and a side-facing fingerprint scanner.

Both phones will become available for pre-order starting next week. We still do not know how much will they cost, though. You can expect them to be quite affordable, though.