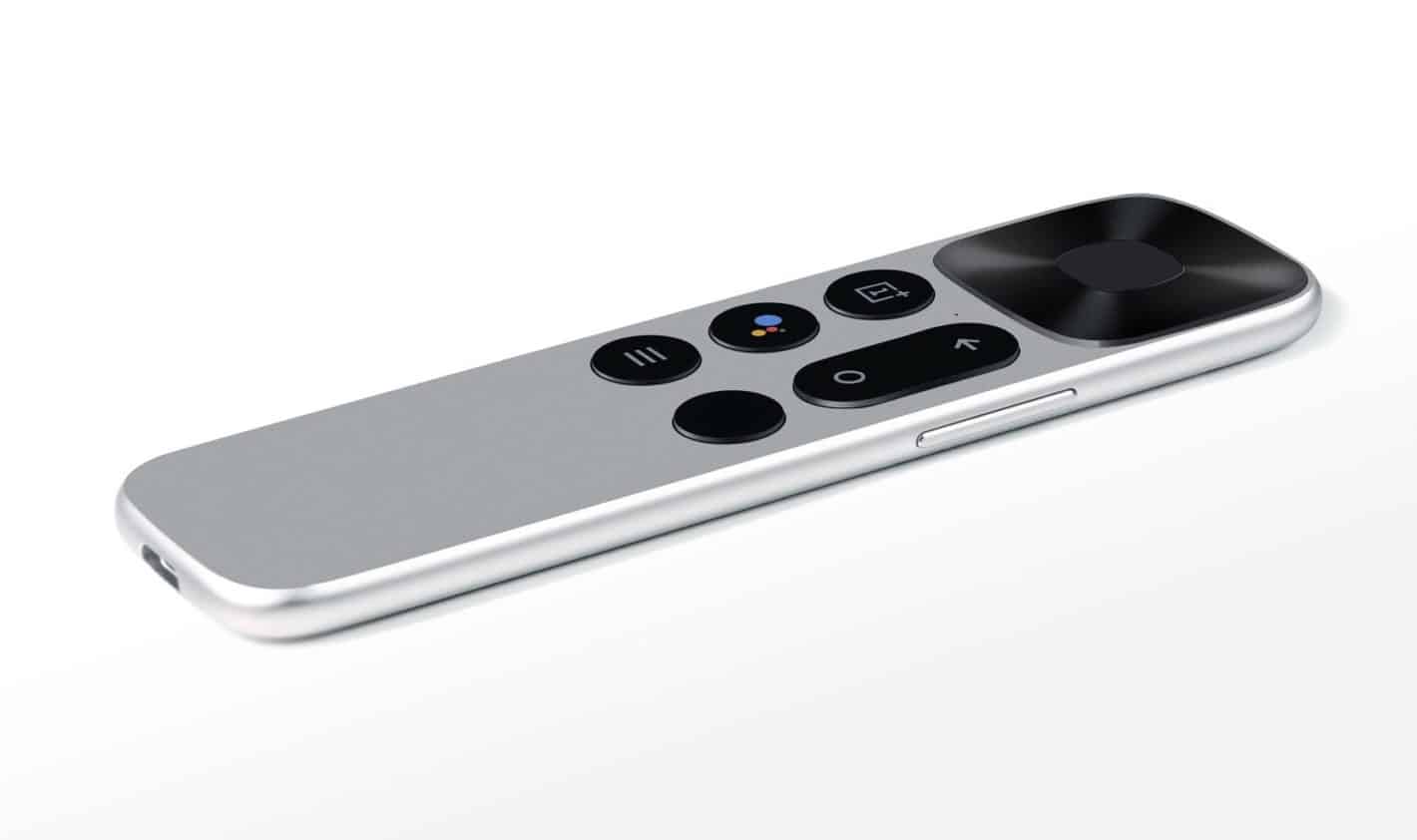 Here’s a look at the OnePlus TV remote control.

This image was shared by the company’s CEO, Pete Lau on social media. The image provides a good look at the design of the remote.

The image also confirms some of the features, such as a Google Assistant button and USB Type-C charging.

OnePlus is a smartphone brand trying to be a TV brand and evidence of this can be seen in the remote.

The remote appears to be very minimal and that’s not ideal for a TV remote.There’s a navigation section at the top with an enter key in the middle. All normal so far, but then the rest of the remote control consists of quick access buttons. There’s one for “OnePlus” which suggest some sort of OnePlus section, one for Google Assistant, one for the “menu” and another button that appears to be intentionally left blank.

Then there’s an elongated button which lets you either go “back” or “home.”

Weirdly, the volume controls are on the side of the device in volume rocker form, just like they would be on a smartphone.

Completing the picture is a USB Type-C port on the bottom indicating that’s how the remote’s battery will be charged.

Lau shared the image of the remote on social media and it did not take long for many to start drawing comparisons between the OnePlus TV remote and the Apple TV remote.

The overall design is very similar, as is the button placement. To the point where it is clear OnePlus has taken inspiration from the Apple TV device.

This also highlights one of the concerns about the upcoming OnePlus TV product line. OnePlus has clearly opted for a remote design that’s more suitable to a streaming device than a TV.

A limited and poor TV remote

Streaming devices normally come with a reduced remote for a number of reasons. For one thing, they are not usually the main remote in an entertainment setup. In many cases, these accessory devices also support HDMI-CEC allowing the user to control the device with their main – master – TV remote.

The OnePlus TV remote shown here does not look like a master remote at all and considering it is a master remote, that’s a concern. If this was a simply another streaming set-top box then it wouldn’t be a problem, but it’s not.

What OnePlus is offering here is a very limited remote experience and it remains to be seen how well that experience will lend itself to the other devices connected to/through the TV.

From an Android TV perspective, it’s also interesting that there appears to be no Netflix button. This is almost a given on an Android TV device and its absence here is fairly noticeable.

Of course, there is this blank button and that very well could be used for Netflix or for whatever service OnePlus has struck a partnership with.

It could also be for something else entirely.