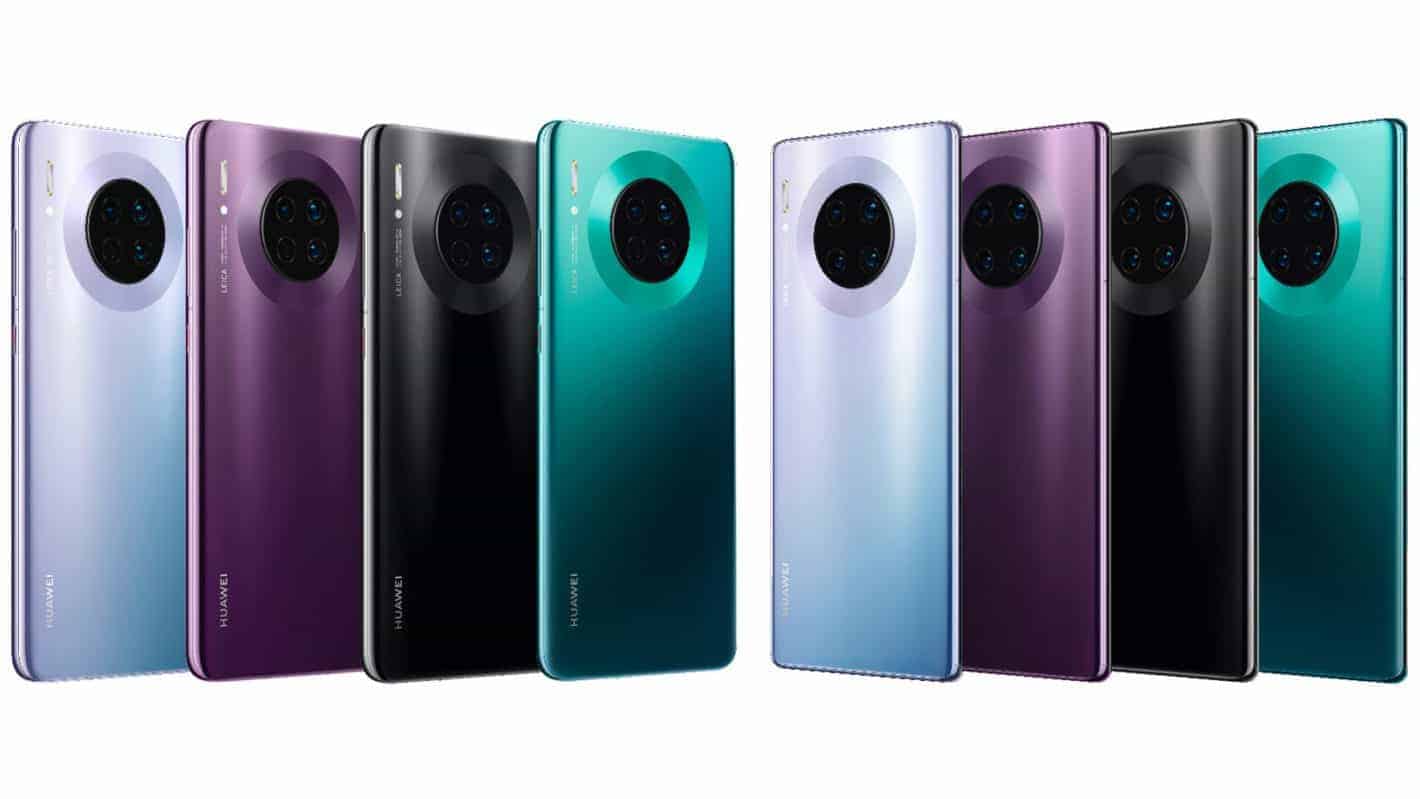 The Huawei Mate 30 Pro has been leaking, intensively, for quite some time now. Well, the latest batch of leaks brings two Mate 30 Pro hands-on videos, and an image with four color variants of the phone.

Let's start with the image (featured above), shall we. This picture has been provided by Evan Blass aka @evleaks. In it, you can see renders of both the Mate 30 (left) and Mate 30 Pro (right).

As you can see, both phones are pictured in four colors. These are the very same color variants, by the way. From left to right, you can see White, Purple, Black, and Green Mate 30 and Mate 30 Pro variants.

It seems like both phones will include four cameras on the back. Those camera setups may differ a bit, though. The Mate 30 Pro is reported to include two 40-megapixel cameras back there, in addition to an 8-megapixel one, and a depth sensor. One of the two 40-megapixel units will be a dedicated ultra-wide angle picture-taking sensor.

The back sides of these two phones look quite similar. Both phones include that circular camera setup, both are curved on the sides, and are similar in terms of size.

Moving on to the Mate 30 Pro hands-on video leaks. The first video appeared on Twitter. A tipster called "Teme" shared it, and it has a duration of 33 seconds.

This video shows the retail box of the phone, and its unboxing, essentially. This seems to be a black variant of the phone, which looks like a dark gray model in this light.

Four cameras are clearly visible on the back, and three on the front. You can also take a closer look at the phone's Waterfall Display, thin bezels, and that wide notch at the top.

The phone also features a red power / lock key, which is quite interesting. Some rumors suggested that the phone will not include physical keys, but we can see that at least the power / lock key is here.

The second video that surfaced shows the purple variant of the Huawei Mate 30 Pro. This phone looks the same as the one in the previous video, and it's quite obvious at this point that this is the final design of the phone.

In addition to these two phones, we're also expecting the Huawei Watch GT2 to arrive, in addition to some other hardware. Click here if you'd like to know more.