Trifo Max is a robot vacuum that does more than what you might initially think. Sure, it’s a high-powered robot vacuum with some stunning features, but the headlining function might just be the security robot that’ll guard your home while you’re away. Trifo Max performs this function by using the single-camera up top, which is aimed both up and forward and can see a significant portion of its surroundings. This, combined with the speaker on board, creates a home security system like no other.

Trifo Max will be launching in late-October for $449.

We’ve seen similar ideas before with LG’s HOM-BOT line, but Trifo seems to be taking things a step further than LG did by combining video surveillance with a built-in two-way speaker and microphone system. This means that the vacuum can not only detect intruders and alert you to their presence, but it also provides a way for homeowners to have a lively conversation with said intruders as well.

Folks worried about privacy issues need not worry, as the microphone and cameras can be disabled at any time. Not only that, but the low-resolution camera on the top of the Trifo Max is specifically designed to help it get around the house and provide a simple video feed for surveillance rather than be used as a high-resolution security camera solution.

It’s also important to note that none of this video other information is saved to the cloud, meaning that no one can listen in on your conversations after the fact. Accounts can be secured with 2-factor authentication, which helps keep accounts more secure and provides a way to doubly protect your home and account’s privacy.

Trifo is also using the microphone and speaker combination to provide a new level of human-robot interaction. Trifo will be updating the robot over time to include new functionality that takes advantage of this specific purpose, including the possibility of making it a smart home hub-type of product in the future. 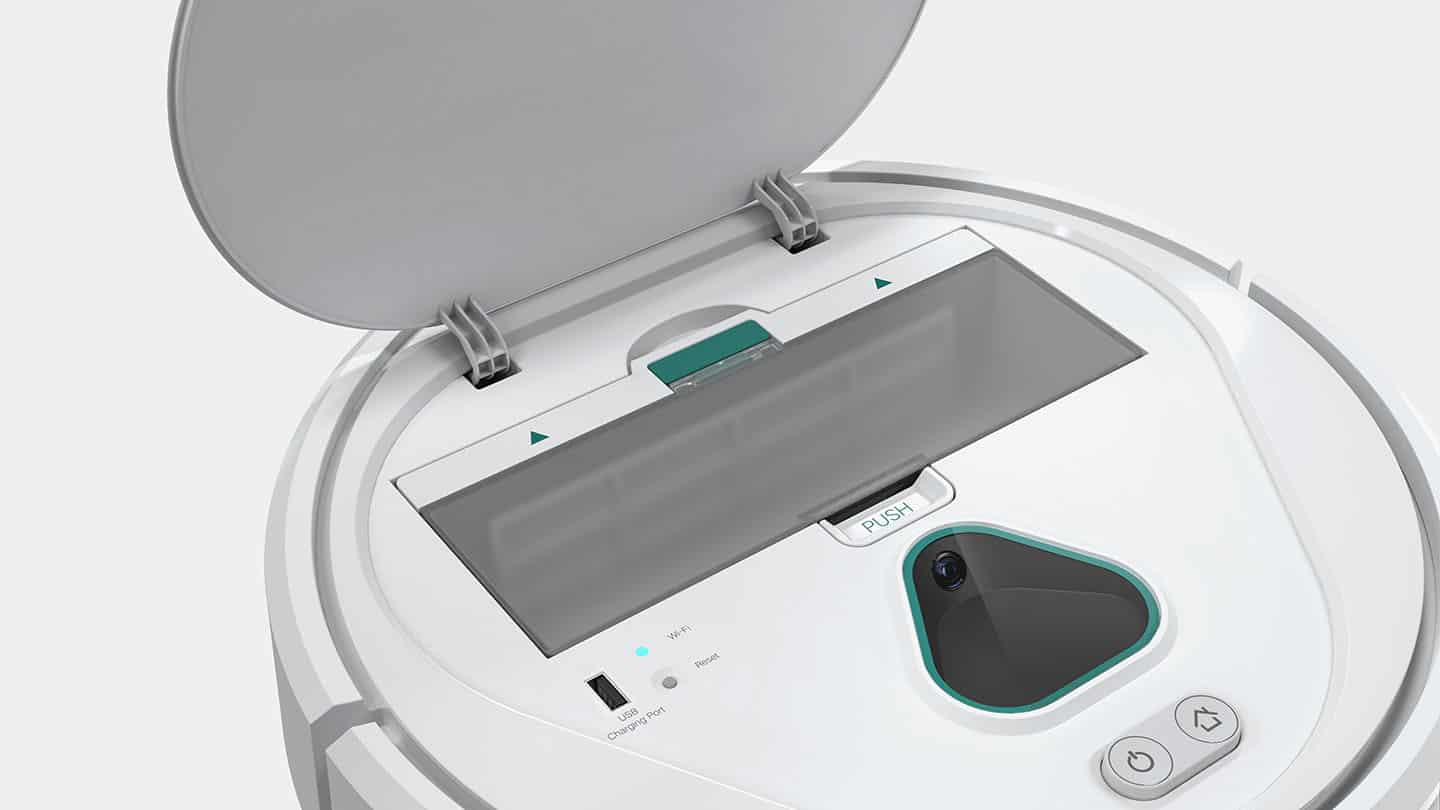 But what about today’s functionality? Aside from being an excellent guard dog for your home, Trifo Max is also a fantastic robot vacuum with the highest suction rating on the market. At 3000Pa, the Trifo Max has around 50% greater suction than the leading robot vacuum in its class. Trifo is even talking about the possibility of increasing the suction power via firmware updates over time. At the time of launch, the vacuum will feature a 3000Pa max suction level for the sake of keeping the noise at a tolerable level.

Trifo has designed Max’s suction system from scratch, which is what enables it to reach these high suction levels without disturbing the peace in your home.

Trifo pits the Max at the high-end of the mid-range segment, which means they’re going to be delivering an affordably-priced vacuum that offers an incredible level of capability and cleaning power. Surprisingly, Trifo is outfitting the Max with a powerful CPU that’s capable of performing AI-based computational mapping throughout the home using that single camera up top.

The large 5,200mAh battery inside provides up to 120 minutes of clean time, and it’s even got a handy little USB port on it for plugging devices in for charging.

The Trifo app will allow owners to watch the vacuum clean in real-time via the map it creates, as well as providing a way to view the video coming from the camera. Expect Trifo Max to launch later this month.