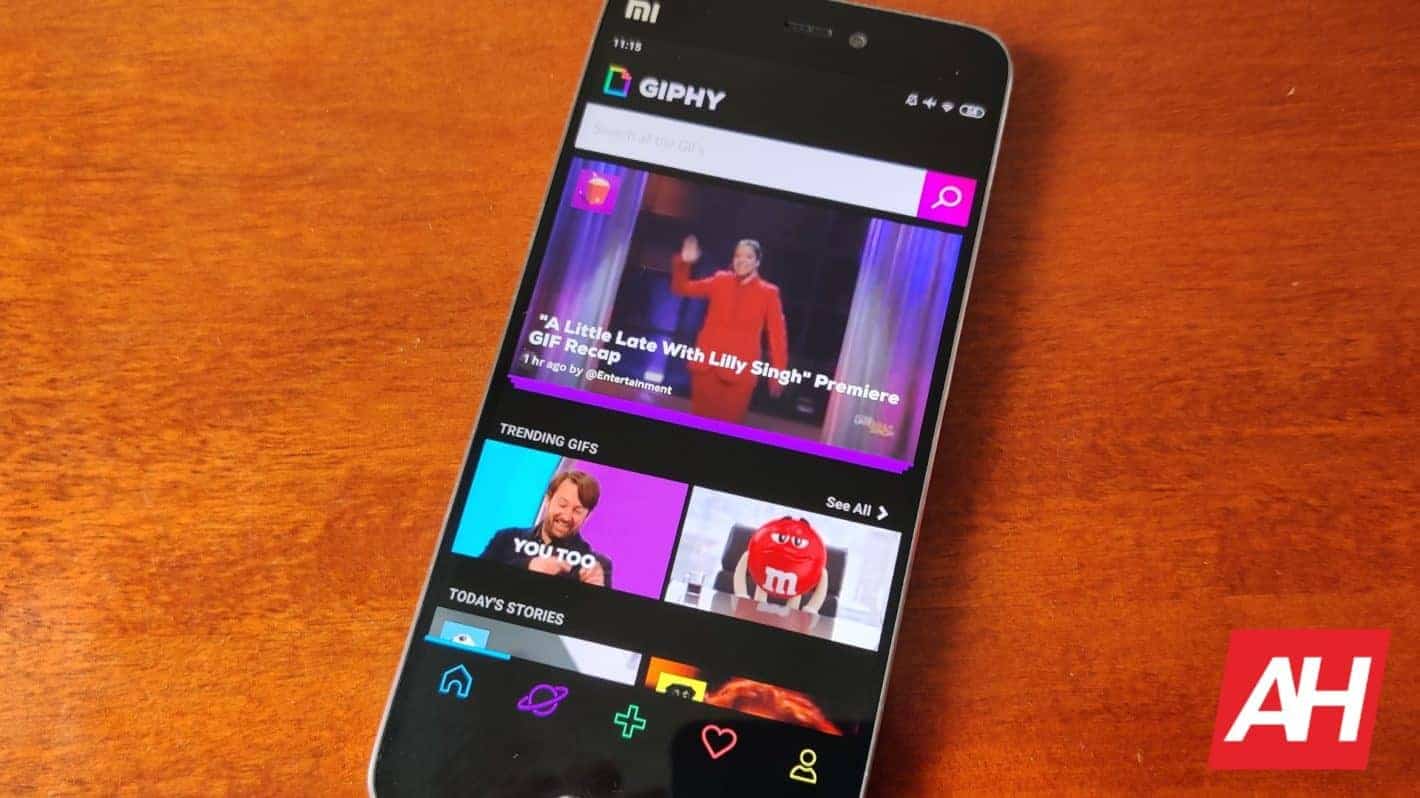 GIFs have managed to become quite popular over the years. These animated images are usually a perfect way to respond to a funny message you’ve received, or to express some other kind of emotion via a message.

At this point in time, GIFs are integrated into pretty much every popular messaging app. You can simply search for them via the app, and send them. Or you can do the same via the keyboard of your choice, presuming it supports GIFs.

Having said that, some specialized GIF apps are also available in the Google Play Store. We have decided to hand-pick seven of our favorite GIF apps, and share them with you. You will see all those apps listed down below, though keep in mind they’re not listed in a specific order. 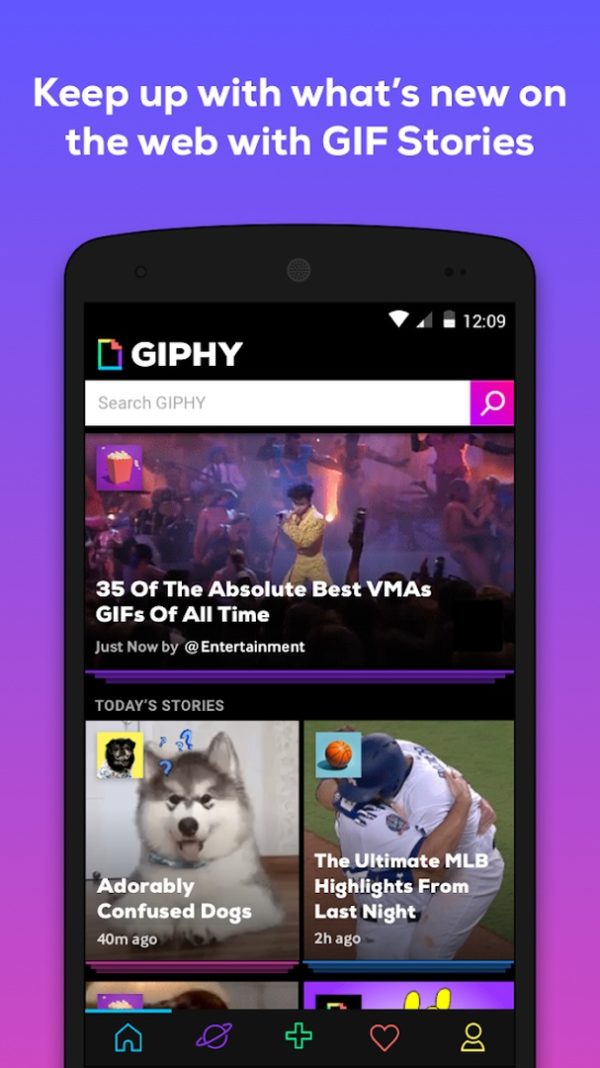 GIPHY is essentially a library of GIFs. This is one of the largest GIF libraries in the world, if not the largest one. You can simply search for GIFs using this application, and then share them via your favorite messaging app. You can record a GIF using this app as well, thanks to the built-in GIF camera. The app also allows you to save some of these GIFs in your library, in case you plan on reusing them. 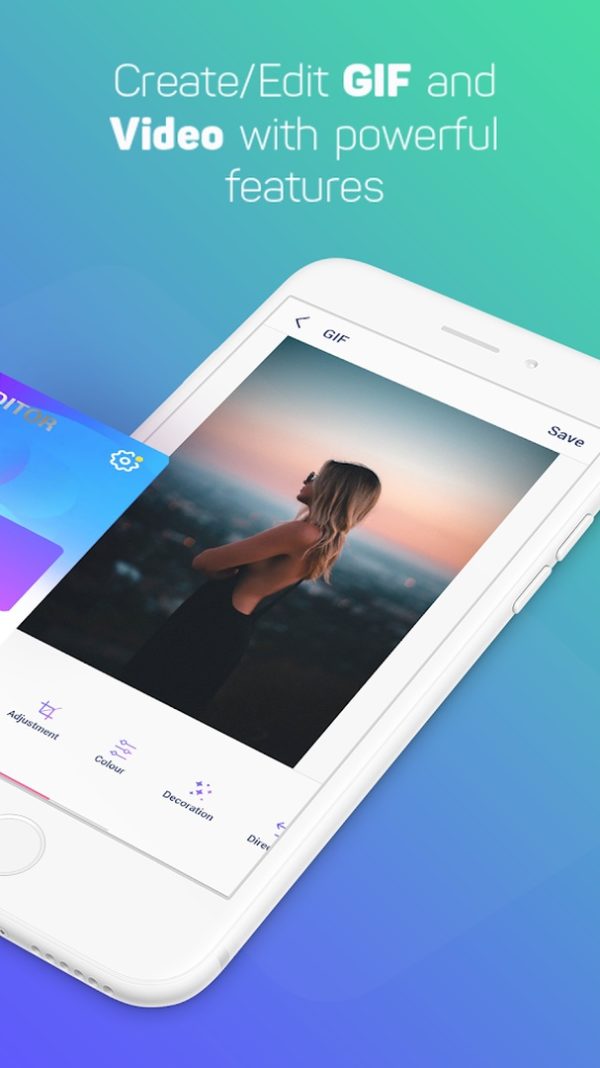 We’ve listed three GIF Maker apps here, and this is the most popular one. This app is currently holding a 4.7-star rating in the Play Store, after almost 90,000 reviews. This app allows you to convert video clips into GIFs, while you can also combine multiple images into a single GIF. You can also record a video from the app and convert it to a GIF image. A “Compress GIF” option is also included, while the app allows you to convert GIFs into videos as well. These are only some of its features, as you can add frame, filters, and so on. 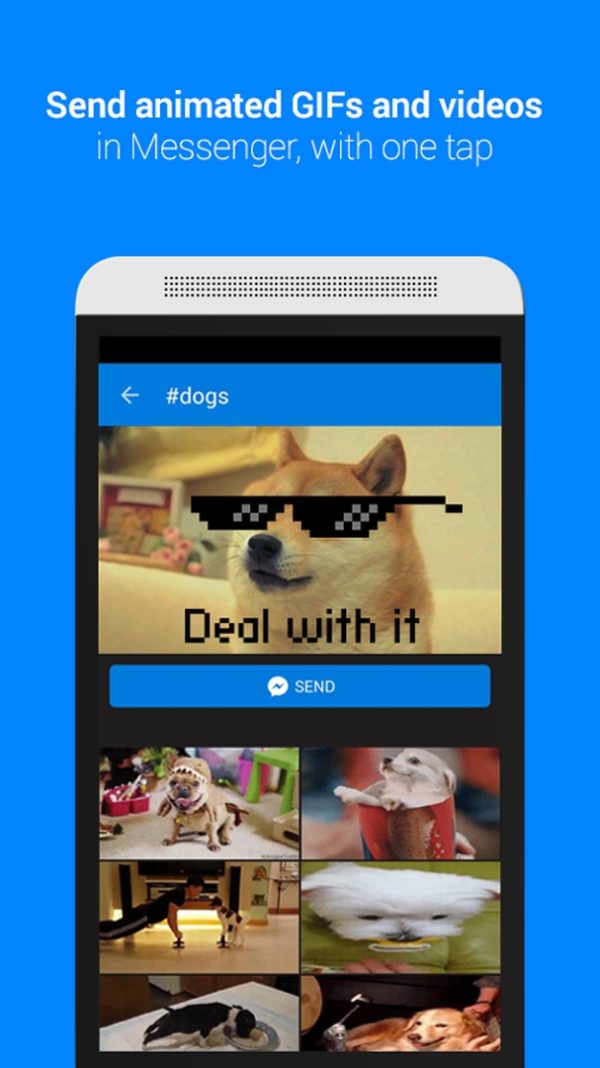 GIF Keyboard by Tenor app allows you to search for GIFs via your keyboard, and then share them. You can also save them for later usage via this application, if you’d like. Tenor has a huge collection of GIFs and videos, while you can also search for emoji. This app is completely focused on helping you find that perfect GIF to send via your favorite messaging platform, and it’s free to use. 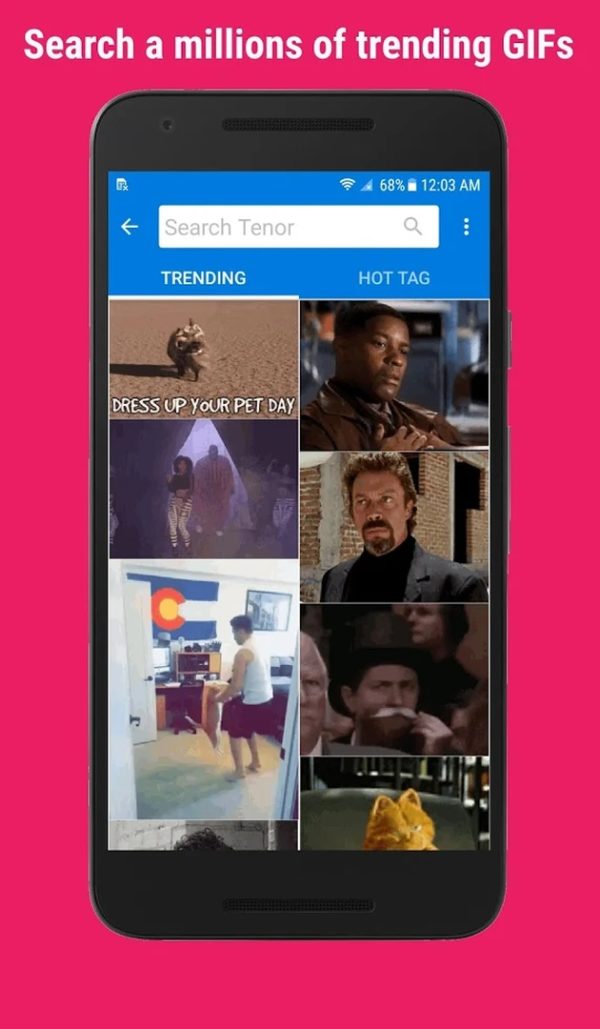 GIF Search is yet another app with a huge collection of GIFs. This application allows you to find and even download GIFs. The developer notes that GIFs in this app are high-quality GIFs. You can, of course, share these GIFs via your favorite messaging services as well, including Messenger, WhatsApp, Viber, and so on. This search tool is powered by Tenor, by the way, which is also noted by the developer. 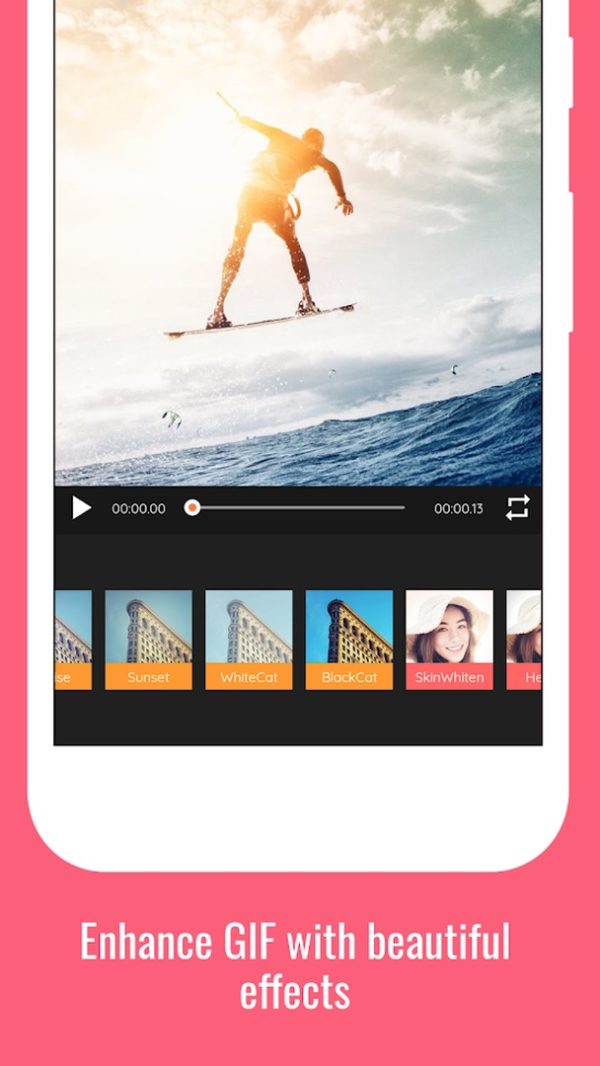 This GIF Maker app is the second one on the list. It is not as popular as the first one we’ve talked about, but it’s just as capable. This app also allows you to convert video clips to GIFs, while you can also use a screen recorder in order to make a GIF. You can create GIFs out of your images, while a meme maker tool is included as well. You can even create videos out of GIFs thanks to this tool. 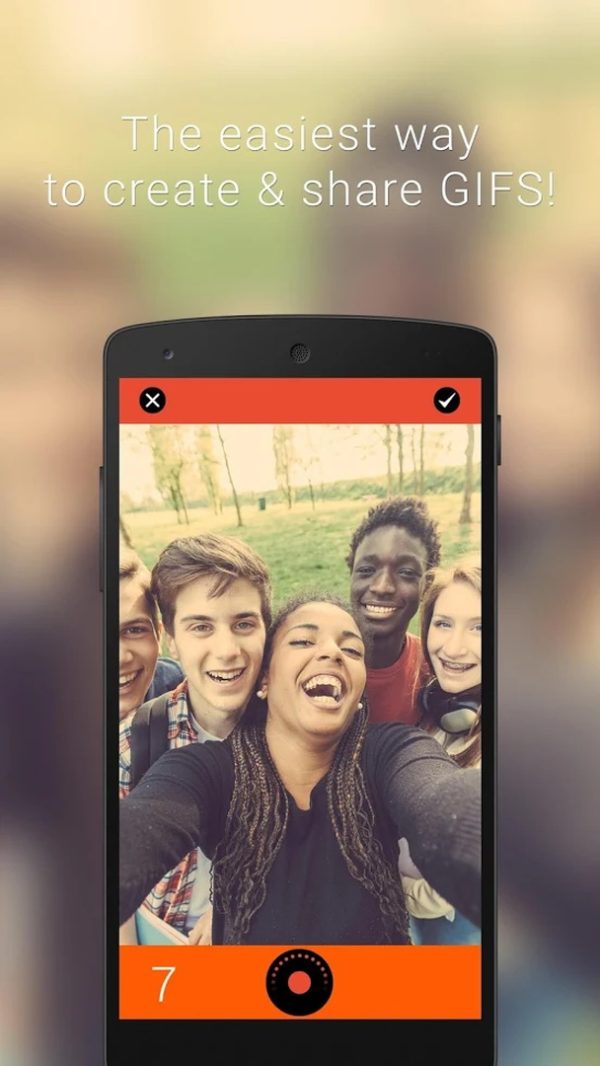 Gif Me! Camera app is kind of self-explanatory, but it’s much more capable than you may think. It is a perfect tool for creating quick GIFs on the go. This camera is made for creating GIFs out of short videos that you’ll need to take in order to make that happen. You can even import video or images using this application, and also edit GIFs if you want. The app also allows you to apply filters, add text, include stickers, change GIFs speed of animation, and so on. 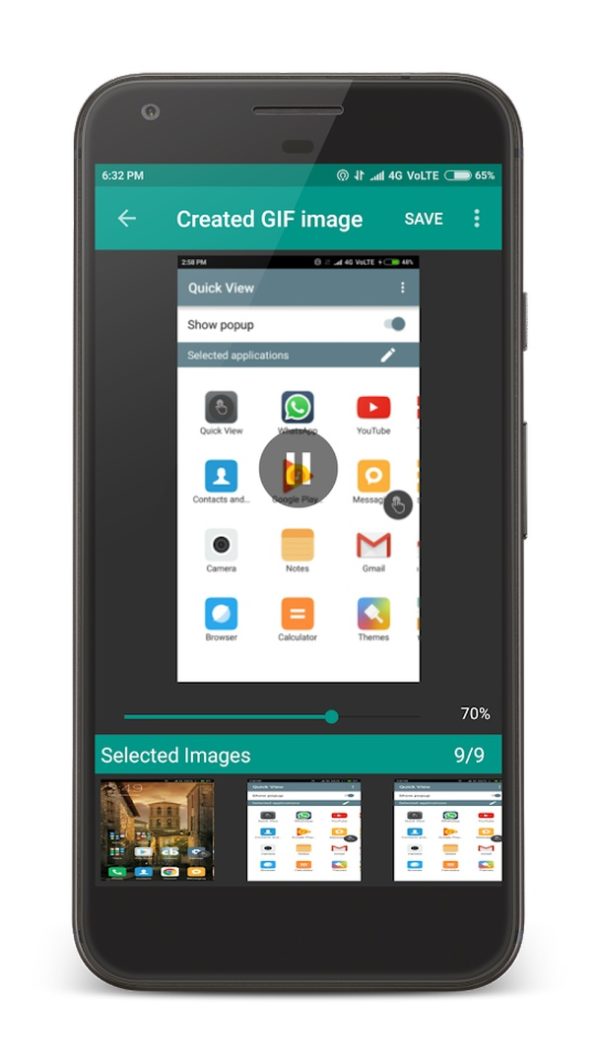 This is the last GIF Maker app on the list, and the last app on the list, period. It seems like people have been having more issues with this app than with the other two, at least based on ratings. Still, we tried it out, and it’s actually quite capable. It’s a full-fledged GIF-creation tool. You can create GIFs out of your videos, create their speed, create GIFs out of images, and so much more. Ads are included here, though, as are in most other apps on the list.