Skip to content
Advertisement
Trusted By Millions
Independent, Expert Android News You Can Trust, Since 2010
Publishing More Android Than Anyone Else
42
Today
42
This Week
676
This Month
7119
This Year
117078
All Time
Advertisement In order not to make this a list of the best music players for Android, we’ve decided to take a different approach. We’ll focus on applications that put equalizers first, and bring a ton of options in that regard.

The first seven music equalizer apps in the list down below are focused on equalizer functions before anything else. The last two are actually your regular music players with really solid equalizer support on the inside. So, if you’re looking to get more control over the music you listen to, read on. 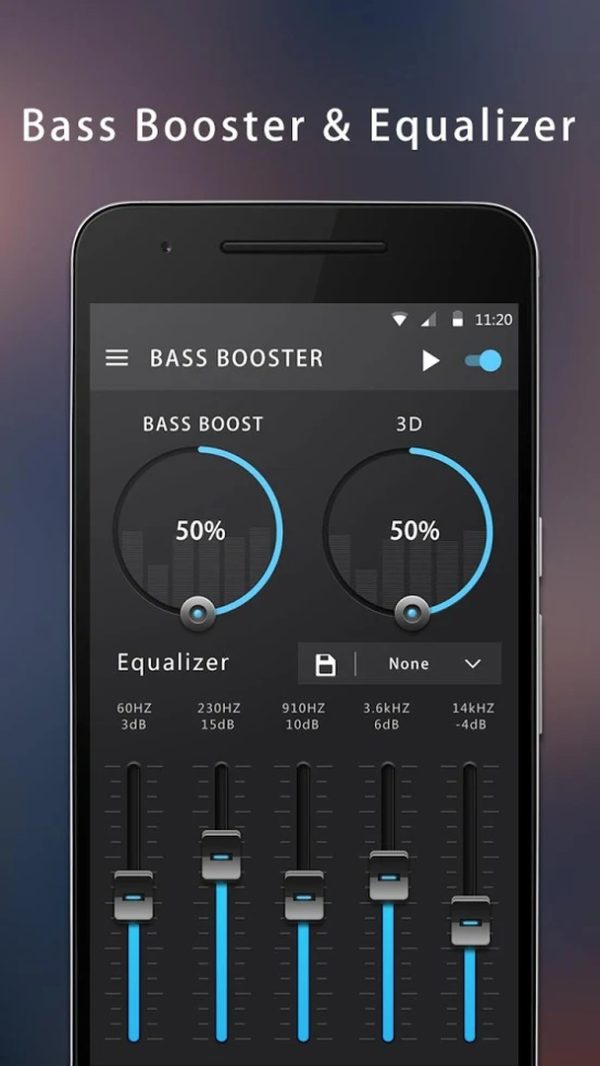 Bass Booster & Equalizer is one of the best equalizer apps for Android. This app comes with a nice-looking UI, and it offers Bass Boost effect. A stereo surround sound effect is also a part of the package, along with 16 colorful themes. You will get access to five bands equalizer via this application, and also 10 preset equalizations, in case you don’t want to mess around with the equalizer itself all that much. Three widgets are included here as well, and much more. 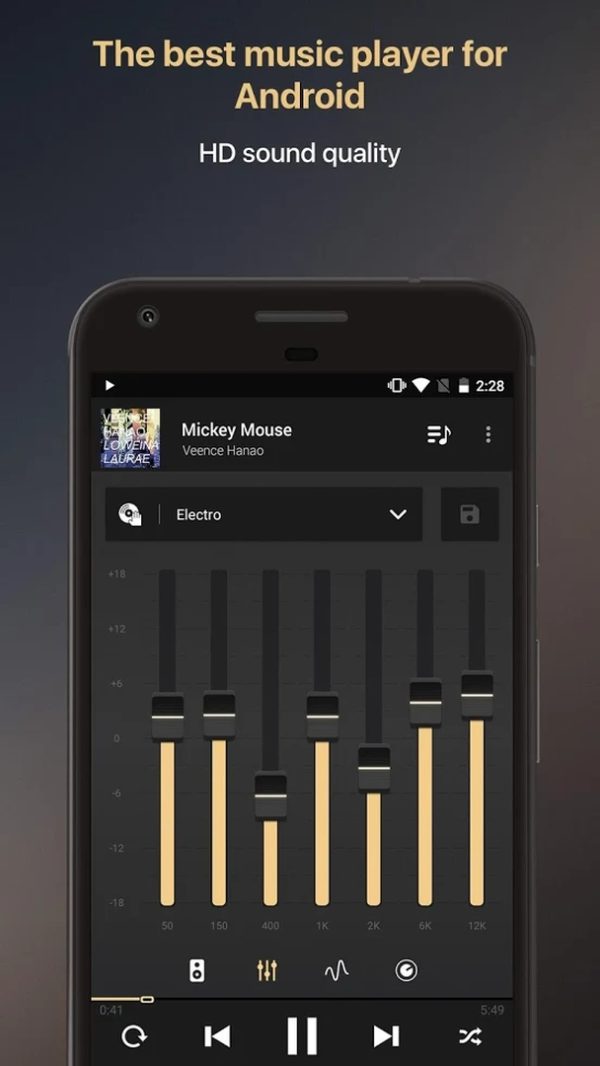 Equalizer music player booster is also a really solid music equalizer app. This app also comes with a nice-looking UI, and it offers a 7-band equalizer. 10 pro sound presets based on genre are also included here, as is the ability to save and edit your own custom presets. This app also comes with a powerful bass volume booster, and a DJ mode. A background play mode is included as well, as is the shuffle function. 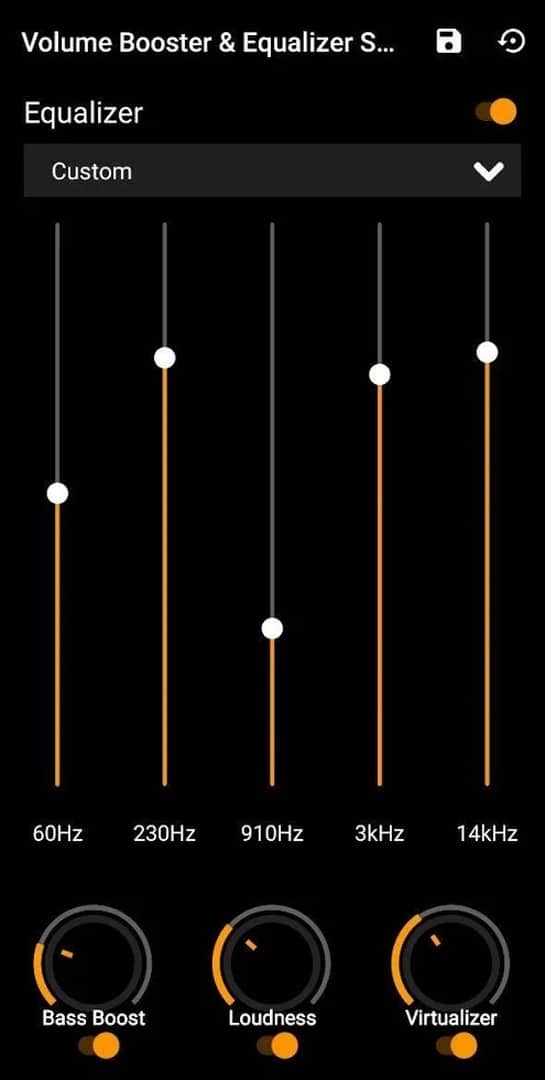 This application offers a design that is a bit simpler than the other two. This app includes both a bass booster and a volume booster, as well as a loudness enhancer. Media audio controls are included here, and you’re getting a 5-band equalizer with this application. Bass booster for headphones is also included, and you can access 10 presets as well, which are based on different music genres. 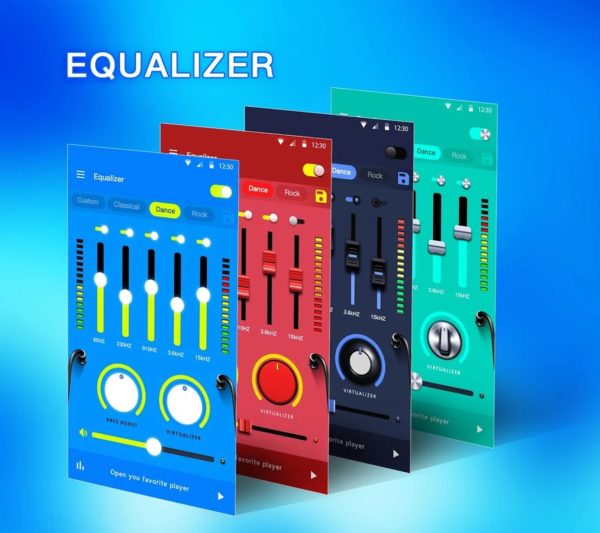 This music equalizer comes with 3D virtualizer effects, and gives you access to 15 different themes. Most of those themes are quite colorful, by the way. This is a 5-band equalizer, which comes with 10 presets for your choosing. A stereo surround sound effect is a part of the package, as is a bass booster for headphones. This app offers tons of controls for you to play around with. 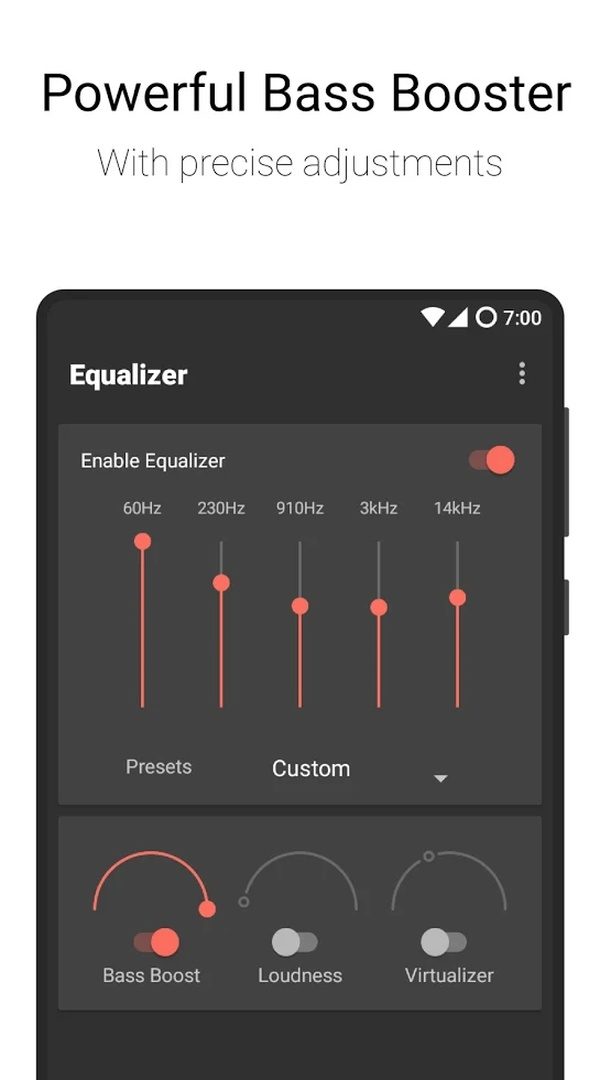 Flat Equalizer is a great app if you’d like something with a flat design. This app will fit right in with the other apps on your phone, presuming they’re based on Google’s Material Design guidelines. Both light and dark themes are available in this app, as is the bass booster effect. Volume booster effect is included as well, while this is a 5-band equalizer. As with every other equalizer on the list, you will get a number of presets here. 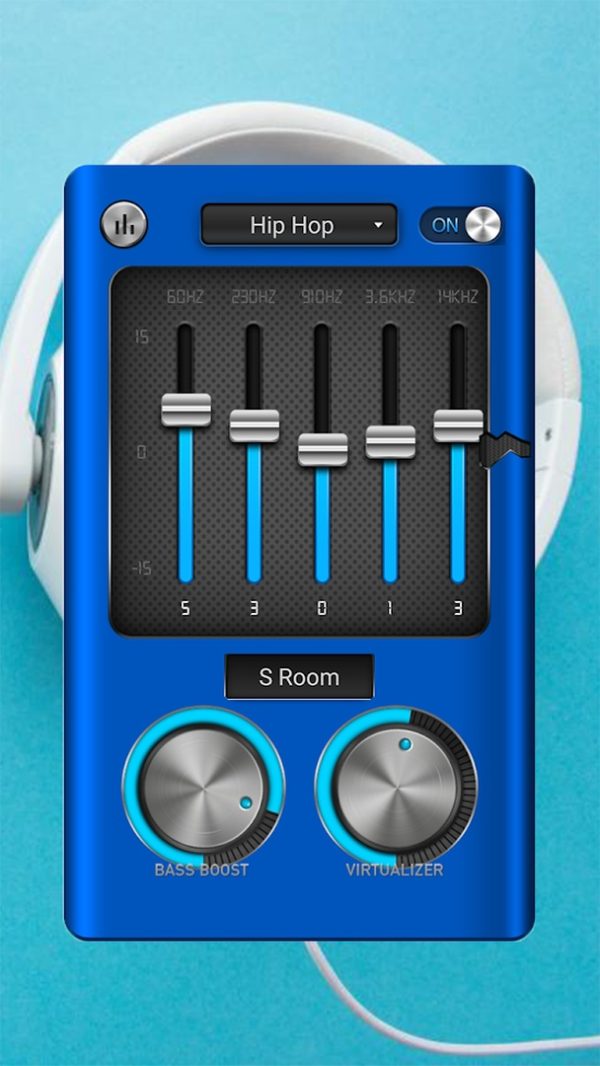 If you’d like a more colorful music equalizer app for Android, SuperBass Bass booster may be just right for you. This is one of the best-rated equalizer apps for Android, and it comes with 10 presets. These presets are based on genre, of course. You’re getting a five-band EQ here, along with a bass boost effect. A stereo sound effect option is also included here, while ads are a part of the package. That is actually the case for most other apps on the list. 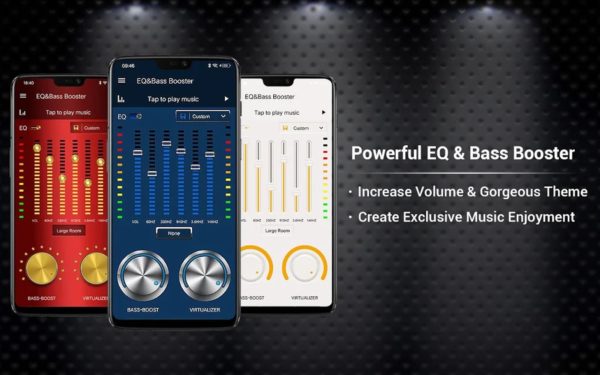 This application comes with a ton of presets. The app offers 24 preset sound effects, and we’re looking at a five-band music equalizer here. Volume boost, and bass boost are included, as is the virtualizer effect. You’ll get a music visualization spectrum here as well, and 12 high-quality themes that you can choose from. Home screen widgets are also a part of the offering, and the same goes for bass booster for headhpones. 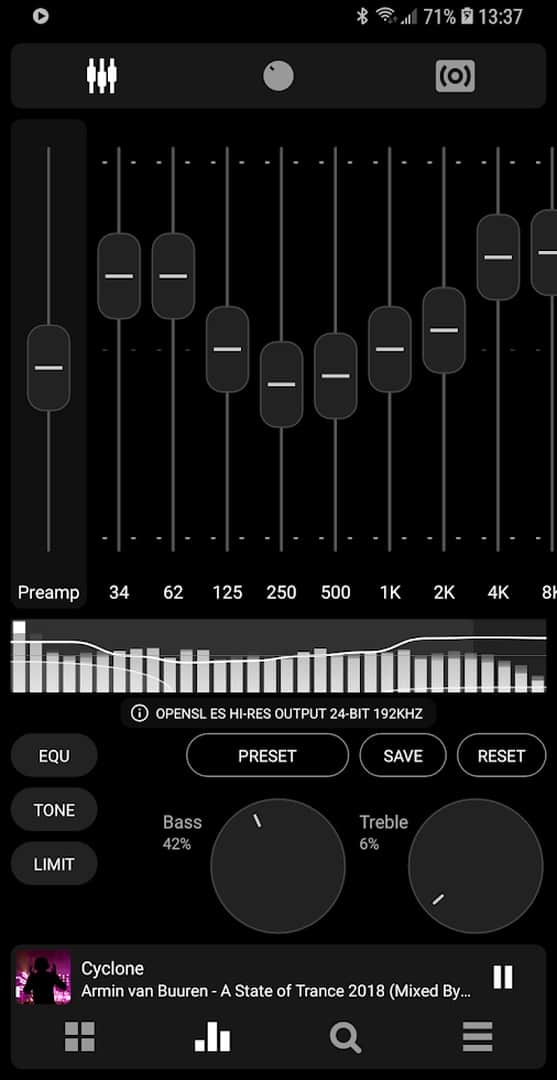 Poweramp is a regular music player, first and foremost. This app does come with a rather powerful equalizer, though. Poweramp is one of the most versatile music players for Android, though, as it comes with a ton of options and the ability to play pretty much any audio format. This app comes in a free trial version, but once the trial is up, you will be required to pay up in order to start using the app. 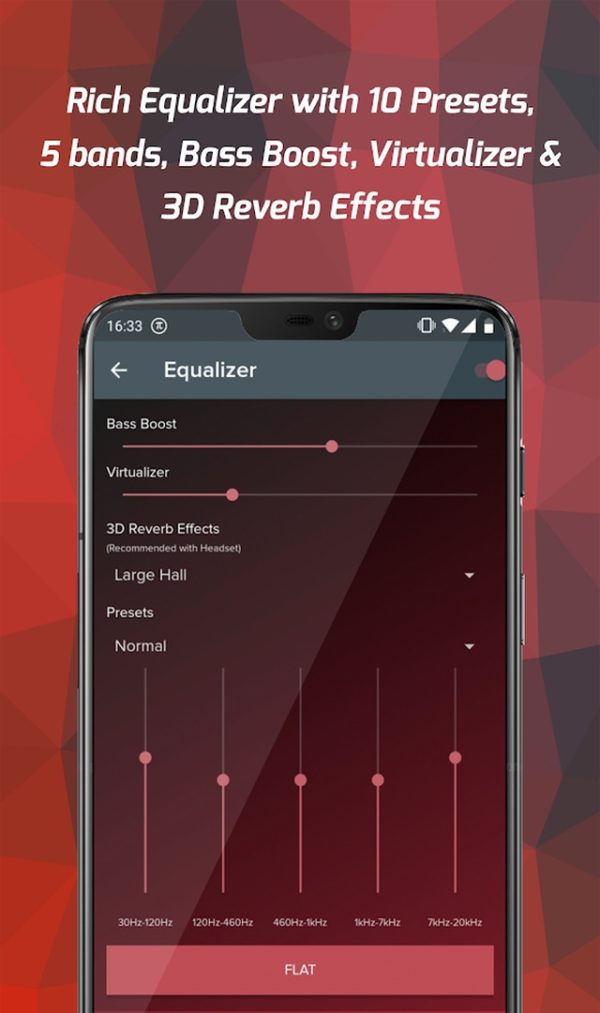 Pi Music Player is one of the very best music players for Android. Much like Poweramp, it comes with a very capable equalizer. This app if packed with features, ranging from a 5-band equalizer with over 25 presets, to the power saving mode, and a floating video player. You can even search for YouTube videos through this app in order to watch them. If you need a ringtone cutter, look no further, as this app does that as well.