Google had started rolling out the Android 10 update not long ago. Only a handful of devices received this update to date, but many more will follow soon. That being said, we’ve decided to compile a list of app suggestions for those of you who installed Android 10 already.

Apps on this list are not exclusive on Android 10, or anything of the sort. These are just some popular apps that we tend to really like, and have decided to suggest them to you, in case you’re on the lookout for some additions for your phone. 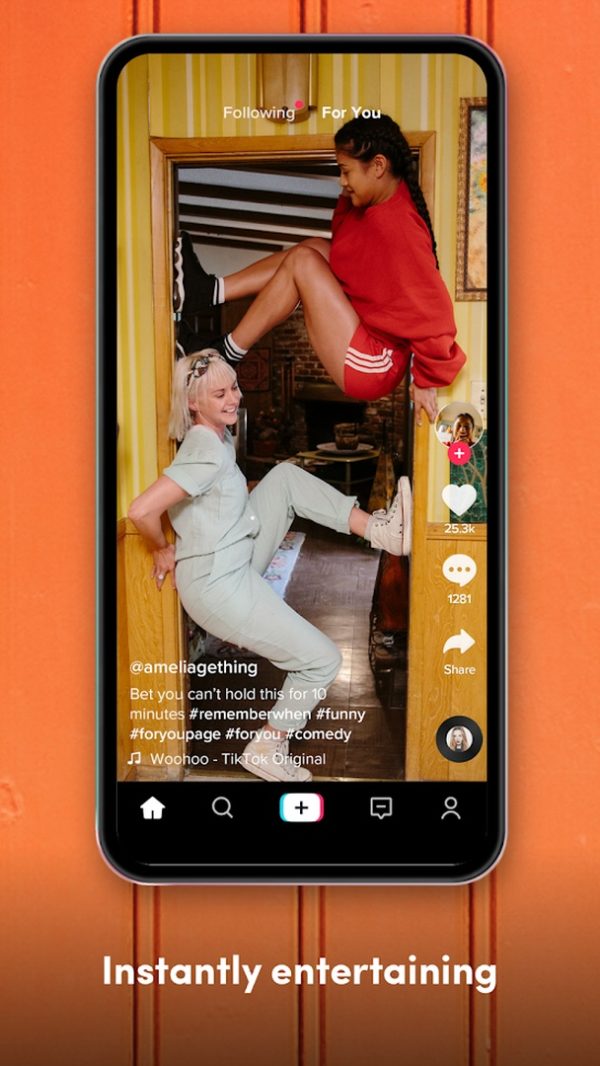 TikTok is one of the world’s most popular applications at the moment. This is basically a social media app, but for short video clips. You will find all sorts of content here, though we prefer funny video clips that are most common. The app makes it really easy to create a short video and edit it before you release it. You can add your own music to the video, and also some effects without a problem. 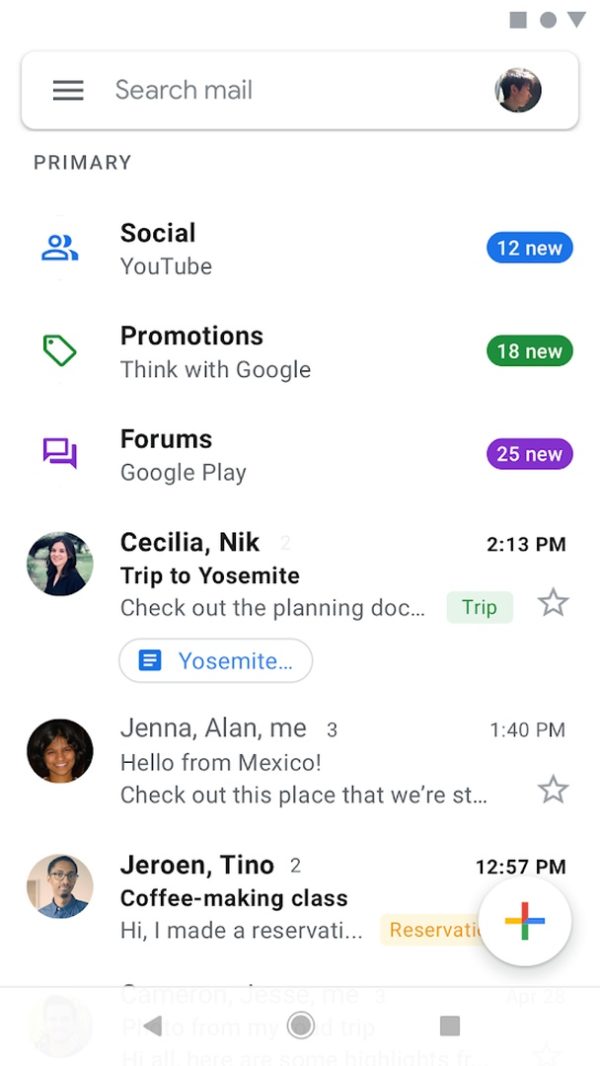 Gmail is an app that usually comes pre-installed on Android smartphones. Well, this is one of the best e-mail apps for Android, and it became even better for Android 10 users recently. Gmail for Android received the dark theme, though it’s only available for Android 10 phones at the moment. This makes this app one of our top app suggestions for Android 10 users. It took Google quite some time to push out a dark theme for Gmail, and it’s finally here, so if you own an Android 10 device, it should be available via the “General Settings” option. 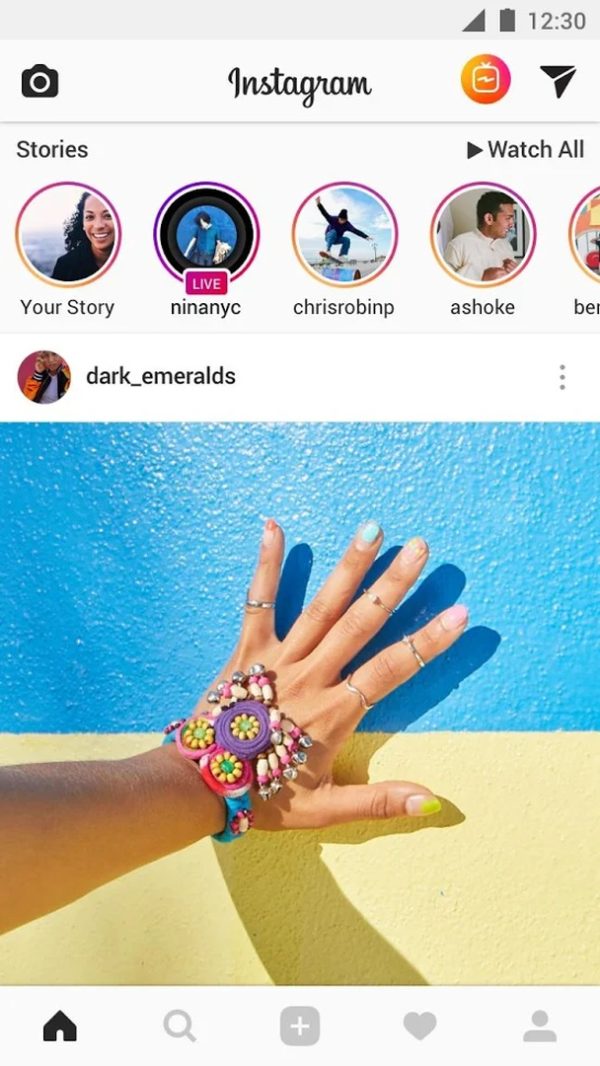 Instagram is also an app that doesn’t require much introducing. This is basically the most popular photo-sharing app in the market. If you like sharing pictures or videos with people, and like checking what others have to say in that regard, Instagram is for you. The dark theme is still not available, but it’s probably coming in the near future. Instagram is free to use, and makes it really easy to share both images and videos. 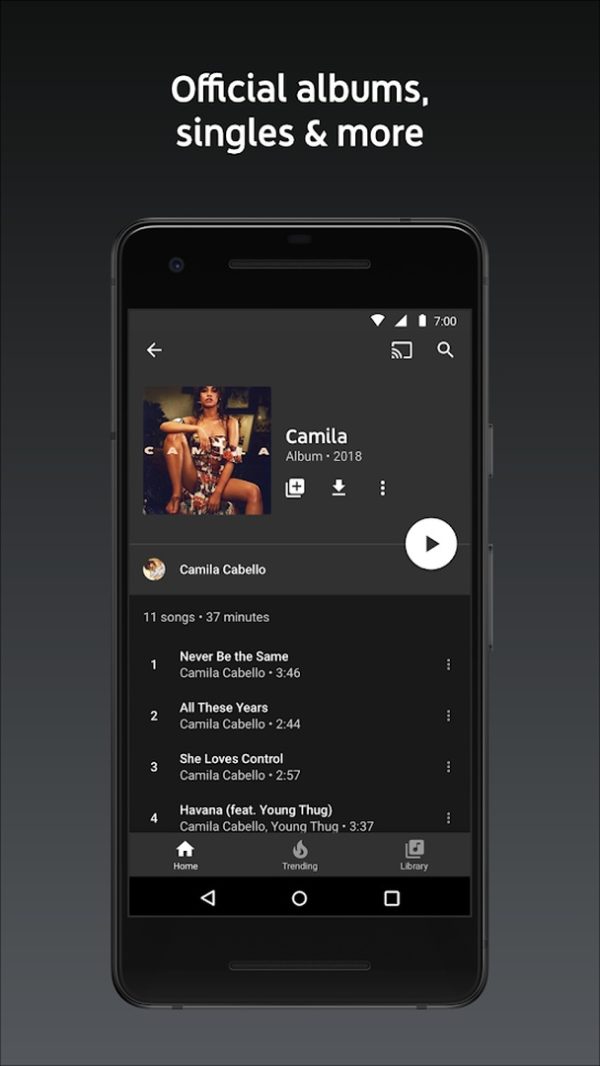 The Google Play Music app is going away in the near future, and will be replaced by YouTube Music. The premise of the app is quite similar. For a monthly fee, you get access to basically all the music you need, and you can stream it wherever you want. This app is quite capable, and well-designed, while the dark theme is also available. YouTube Music makes it really easy to discover new music, and make your playlists as well. 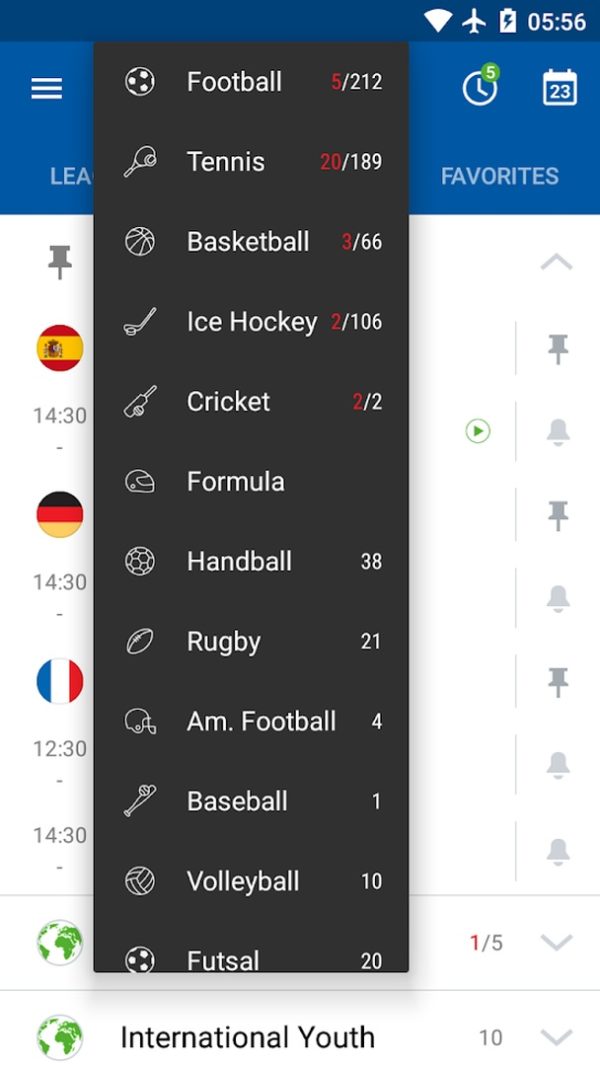 If you’re a sports enthusiast, SofaScore is a great app to have. This is essentially a live score app, but it’s also much more than that. It allows you to keep track of a ton of sports, including football, soccer, basketball, Formula 1, cricket, and so on. This app offers highlights for particular matches, live commentary, upcoming fixtures, standings, player details, and so much more. The dark theme is available as well. 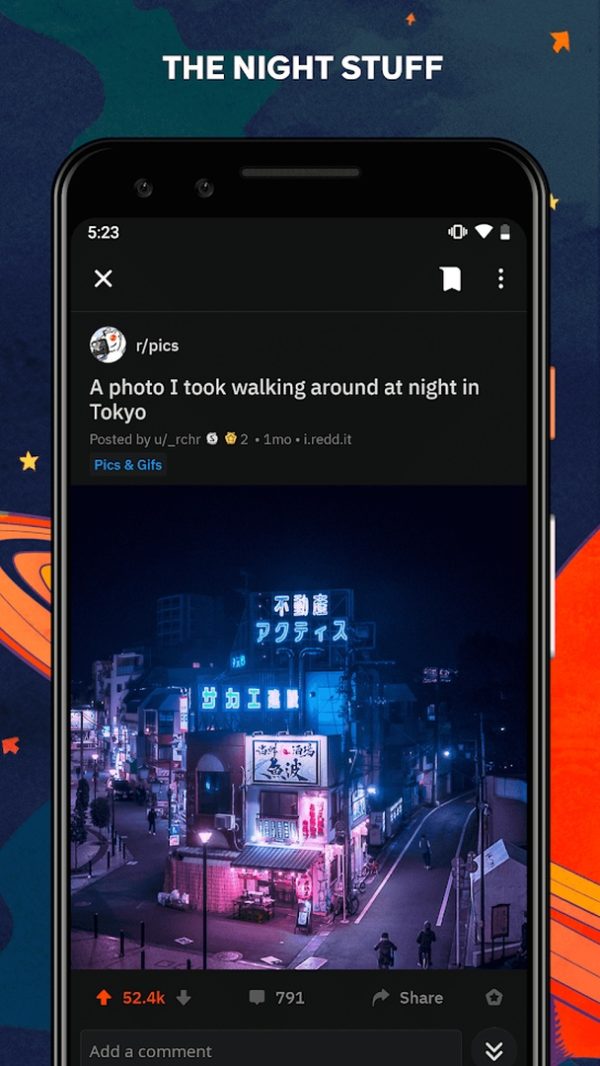 Reddit is… well, a modern forum, of sorts, even though it’s not. Reddit is basically a collection of various communities which have different topics, and who share different thoughts, images, videos, and so on. You can follow whatever community / subredit you’re interested in, and converse with people, or just follow what’s going on. Reddit is a great place to get answers to some of your questions, find some great wallpapers, and even waste time in general. 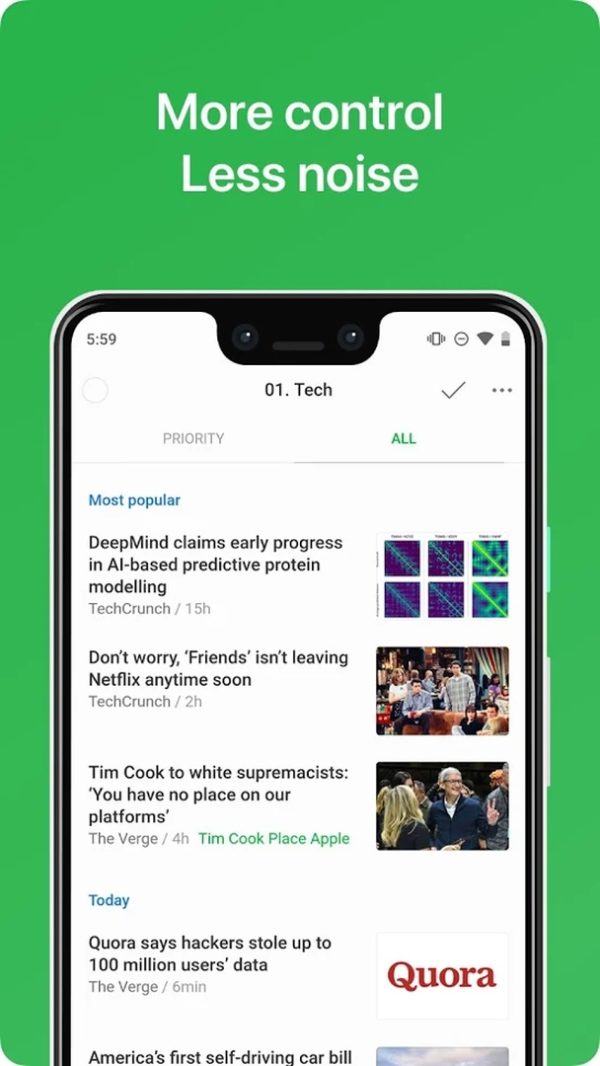 If you’re looking for an all-in-one news source, Feedly is a great option. This is basically a news reader which allows you to add your news sources. So, just choose what you want to read about, or what sites you want to have access to, and Feedly will send those news your way. You can even compile your reading lists, and save favorite articles. Feedly comes with both light and dark themes, and is free to use. 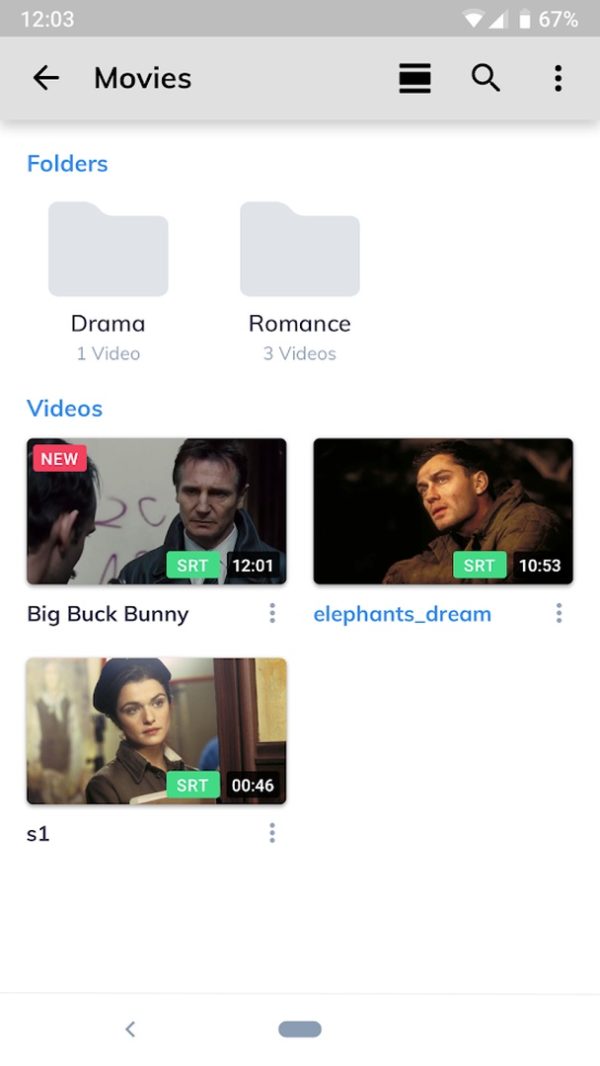 In case you’re on the lookout for a great video player, we got you covered. MX Player is one of the best video players out there. There are tons of codecs available for it, it can play pretty much everything. This app also comes with a great UI, and gesture controls which make the whole experience even better. It will also remember where you left off with a particular video, so you don’t have to worry about that either. 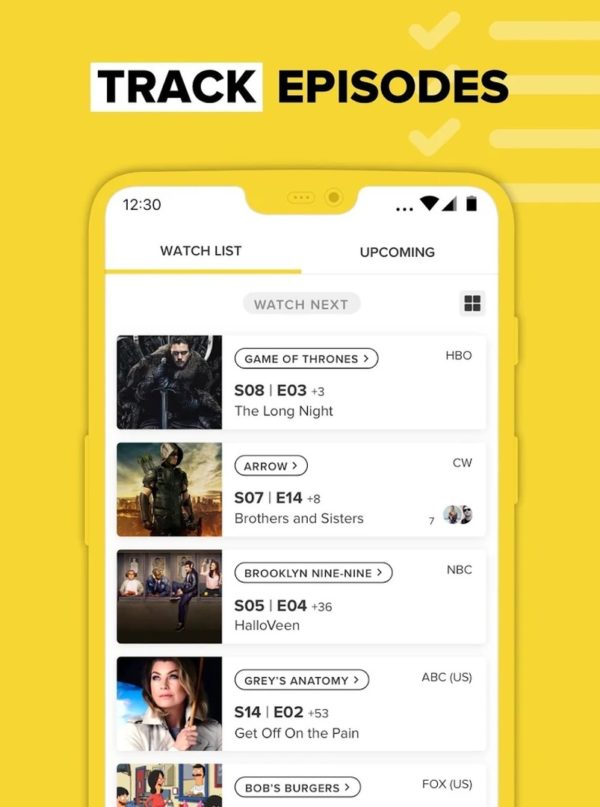 Are you following a ton of TV shows and are losing track of where you left off with a particular show. Well, if that’s the case, TV Time is a great app to have. This application allows you to select the shows you’re watching, and then mark each episode that you’ve watched. It also provides info on each of those episodes. This app recently added a movie aspect as well, so now you can even mark off movies you’ve watched, and discover new ones with ease. 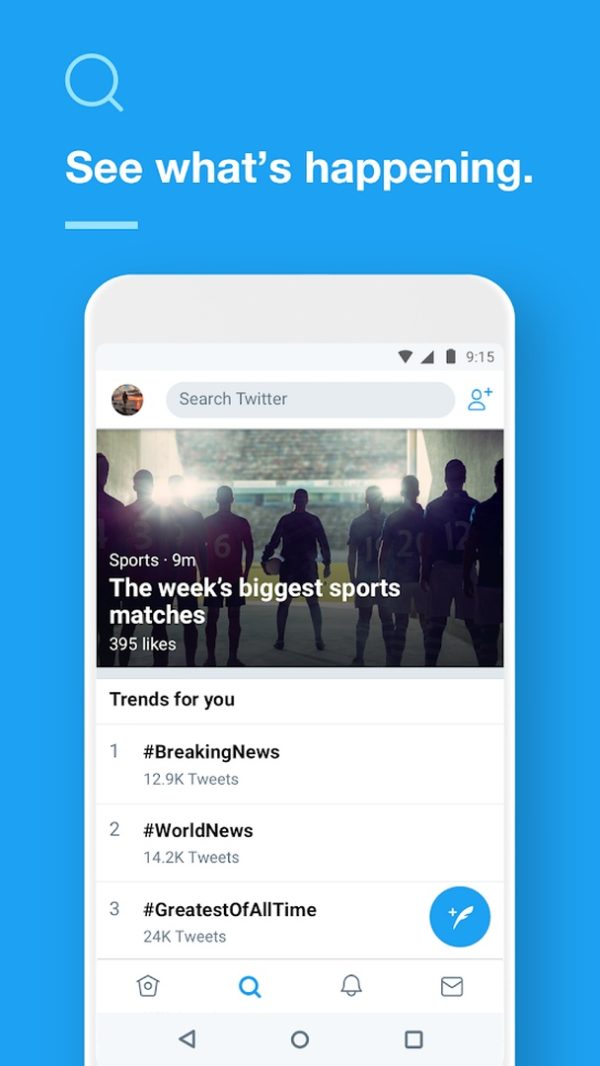 Twitter is one of the most popular social media networks out there. This is also an app that doesn’t require much introduction. If you’re trying to connect with people, or simply follow particular people to see what they’re up to, Twitter is the way to go. You can get involved in really interesting conversations on Twitter, and the app offers great design. The dark theme is included here as well, and the app works great in general.